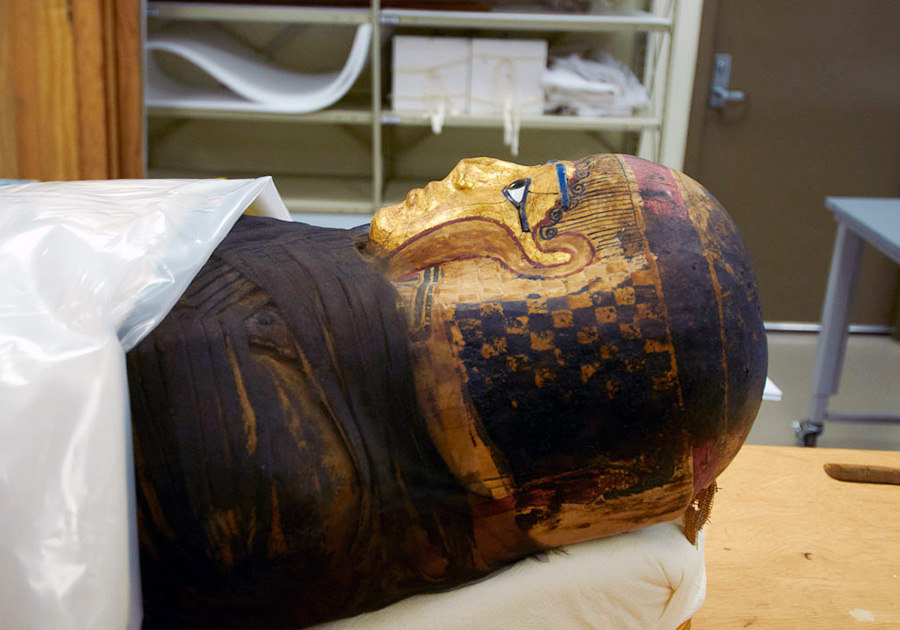 When you think of mummies, raggedy Halloween costumes or the Scooby gang stumbling upon an ancient sarcophagus are likely what come to mind. But a new exhibit at the Field Museum is guaranteed to change your impression of these bodies prepared for the afterlife. “Mummies,” opening March 16, gives visitors an up-close view of real mummies from thousands of years ago.

Although mummies were common around the world, the museum chose to focus on two locations: ancient Peru and ancient Egypt. The Egyptian mummies are what people stereotypically expect when it comes to preserved bodies, but the Peruvian ones demonstrate the world’s oldest mummification techniques. In fact, some of the mummies are part of the Field’s collection from the 1893 World’s Fair.

While mummies usually seem pretty nondescript from the outside—“They look like small bundles covered with brown cloth,” says Janet Hong, project manager for exhibitions—these mummies have all been put through a CT scanner to determine what’s inside. Hong says the CT scanners allow scientists to get “incredible detail” of the bundles’ contents, including items that were used in everyday life.

Although the mummies are ancient, Hong says it’s important to remember that these are people who really lived a long time ago—and that may lead to interesting conversations about death and the afterlife, especially with kids.

In addition to the 14 human mummies, “Mummies” includes nine animal mummies from ancient Egypt: a crocodile, a baboon, a gazelle and lots and lots of cats.

The exhibit features many hands-on elements, including a hyper-realistic portrait bust of a teenage boy and a diorama of the CT scanner process. But perhaps the most interesting part is the interactive tables that let visitors “open” a coffin and explore different mummies, learning about the person inside the unremarkable cloth. Hong says that this experience can be particularly meaningful, even moving, for families.

“You can really see how people were exactly like us in many ways thousands of years ago, except for when they were completely different,” she says. “It definitely made me think of my own family and how we feel we’re connected to people who have died.”

Included with Discovery or All-Access pass

How to Get Your Kids to Practice Music

We get tips from musicians on the best ways to get your kids to practice.
Read more
You

One mom shares on how she really feels about her so-called 'geriatric pregnancy.'
Read more
Guides