Tips for Catching the CTA Holiday Train This Season 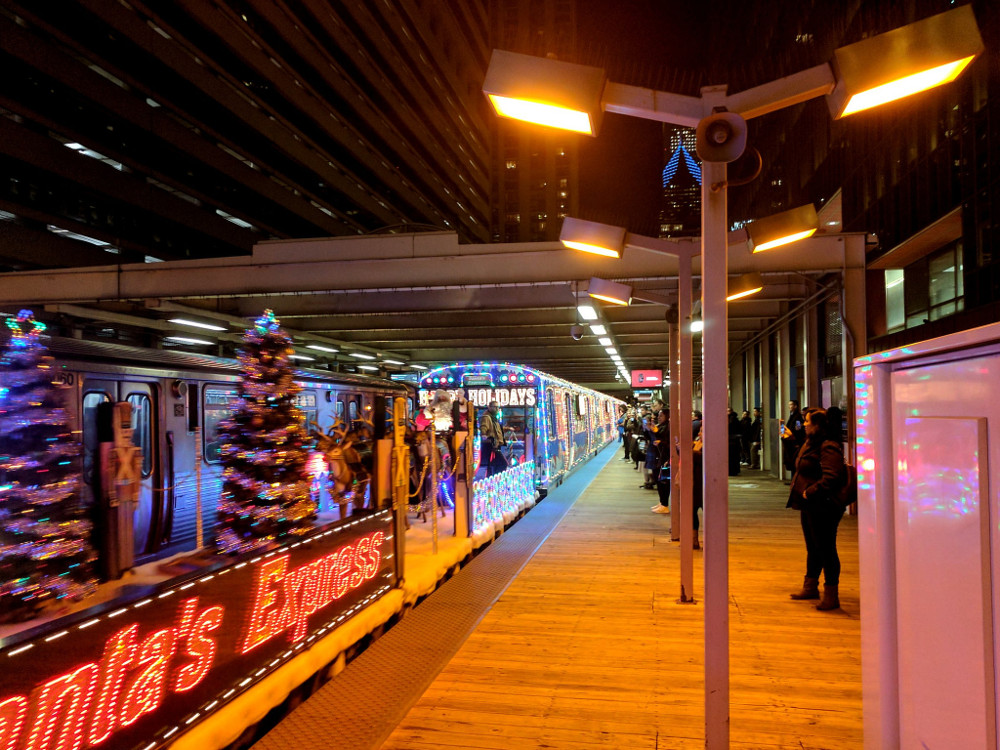 The Holiday Train tradition began in 1992 when a Season’s Greetings sign was placed on the front of an out-of-service O’Hare train that was used to deliver food to charities. A flatcar with Santa and his reindeer was added in 1995. As the Holiday Train grew in popularity, the schedules expanded to run more frequently during December on all eight lines. It still delivers food baskets to Chicago charities today.

Consider the following tips to families taking part in the Holiday Train tradition for the first time:

The cars get crowded. The CTA suggests that families use collapsible strollers.

Think about where to board.

Because the train will become more crowded as it travels down the rail line, the CTA recommends that families board at a station close to the beginning of the route. Note that rail cars toward the front or back of the train will be less crowded compared to those immediately adjacent to Santa’s sleigh.

The Holiday Train is an in-service train and has to stay on schedule, so it can’t dwell in stations. Don’t miss your opportunity to board because you are trying to grab a photo! Board the train first and then take photos of Santa or the train when exiting at your destination.

On select Saturdays, families can take photos with Santa at rail line terminals. Check the website for dates and specific times.

Download the CTA Train Tracker to track the Holiday Train. Normal CTA fares apply for both the trains and bus.

A national expert offers tips on how help your kids disconnect from screens.
Read more
At Home