An exhibit worth crowing about at Kohl Children’s Museum 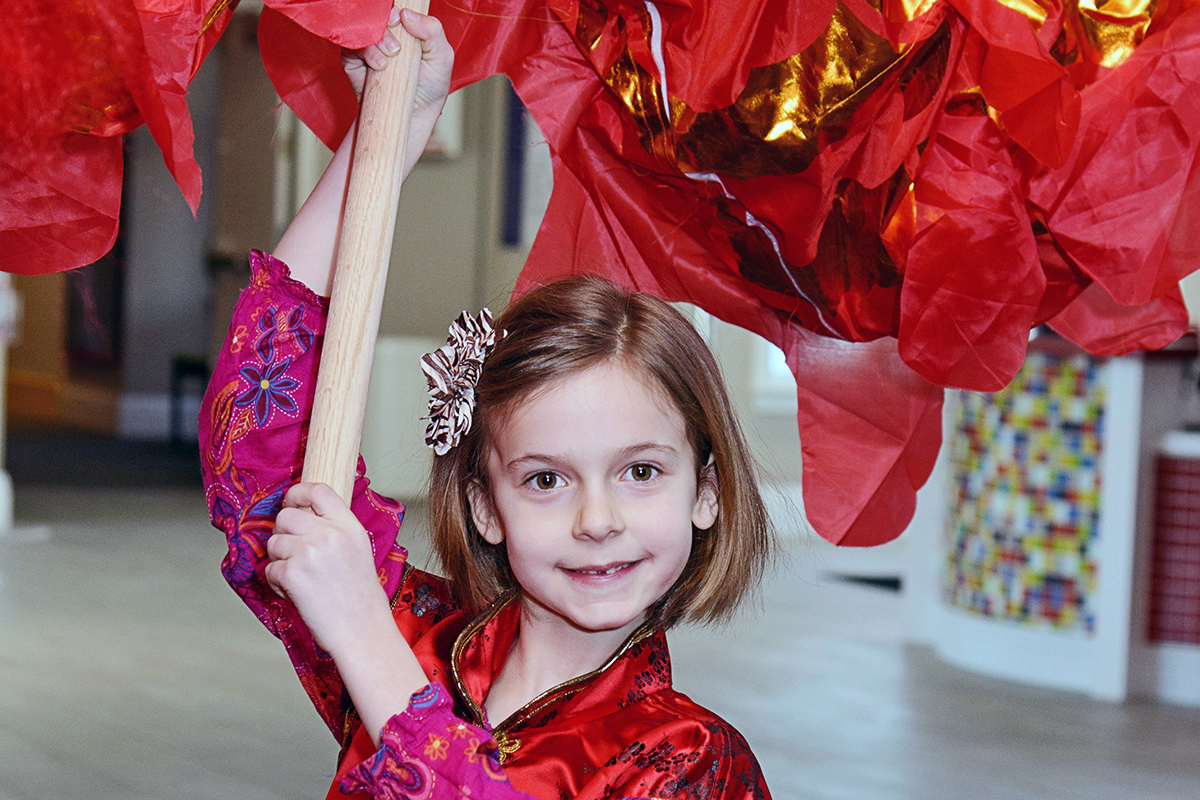 Happy Year of the Rooster! (Can I get a cock-a-doodle-doo?)

It’s not likely that you’ll be getting over to China to celebrate the Lunar New Year, so it’s a good thing that Kohl Children’s Museum has just debuted its new temporary exhibit, Children’s China: Celebrating Culture, Character and Confucius. It’s the perfect space for littles to learn a bit about what it’s like on the other side of the globe—and to gain some respect for this rich culture.

The exhibit, unlike those that delve into China’s complex history, looks at life in modern-day China, especially for its youngest members. So kids can experience hands-on activities that allow them to step into the shoes of their Chinese counterparts, such as celebrating National Teachers’ Day and learning to write “Thank you, teacher” in Chinese characters, shopping for fish, fruits and veggies in a traditional Chinese neighborhood market and then preparing a healthy meal in a restaurant, and participating in a dragon parade led by a traditional dragon headdress in honor of Chinese New Year.

Additionally, animal lovers will enjoy acting as researchers at the panda reserve, while your little wiggleworms can take on cabin fever by trying out the fitness equipment common in China. And mini-philosophers (and their thoughtful parents) will appreciate the exhibit’s emphasis on Confucius, the wise teacher who continues to have an impact on modern-day Chinese children.

It’s sure to reinforce the idea that we all have more in common than we might think—whether we eat with chopsticks or a knife and fork, shop in a mall or a market, or write in letters or characters. And that’s something that will serve our little ones well in the future, even if they never climb The Great Wall.

A Family Guide for Visiting the Lake Geneva Ice Castles

Get creative with these ideas.
Read more
Advice

Here are tips from the nation’s leading scholars on race, democracy and inequality.
Read more