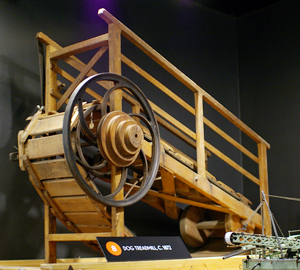 When something is invented, it’s not the end of the story. It’s the just beginning.

That’s what Kathleen McCarthy, Director of Collections and Head Curator at the Museum of Science and Industry, hopes kids will take away from the museum’s new anniversary exhibit 80 at 80.

80 at 80, which celebrates the museum’s 80th birthday, gives visitors a glimpse into the museum’s vast collection with 80 handpicked, rarely-seen items.

“We decided to focus on particular stories,” McCarthy said.

“What we’re about are the stories that technology enables. Technology is only as useful, important and impactful as the lives it touches.”

Get inside Paul Bunyan’s head and see a pair of Google Glasses in the latest exhibit at MSI.

Chicagoans likely would be tempted to use a doggy treadmill onblustery winter days when Fido needed to burn some energy (andpounds). In 1872, though, families put the pup to work on the dogtreadmill, used on farms to churn butter or power a grain mill.

Every museum and play place seems to have a firefighter areathese days, and it’s no secret why. Kids love to pretend to be theheroes they admire. We think they’ll like seeing this very old, andseemingly very heavy, firefighter helment from 1885.

Classrooms may be using more keyboards and less looseleaf, butthis layout of how a pencil is made still will fascinateschool-aged kids. Plus, it’s a great opportunity for a “When I wasyour age…” speech. 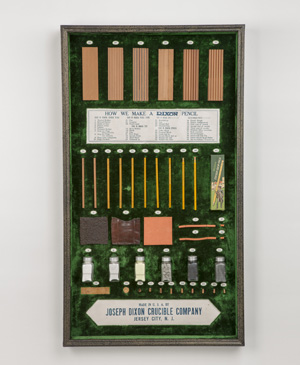 Artifacts from the collections of the Museum of Science and Industry Chicago on display for the mueseum’s 80th anniversary.

Get inside Paul Bunyan’s head. Literally.

The museum has pulled the lumberjack away from the wall sovisitors can see how the giant was originally constructed (themodel on display is a reproduction). 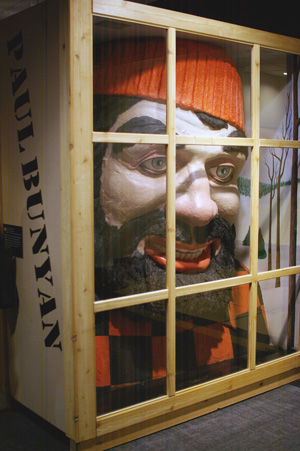 Your kids may be excited Justin Bieber is reportedly going tothe stars, but do they know just how recently putting a man inspace was only a dream? These space race playing cards are a greatopportunity to talk to your kids about advancements in technologyand discovery as you tell them about the headlines you rememberrelating to the cosmos. 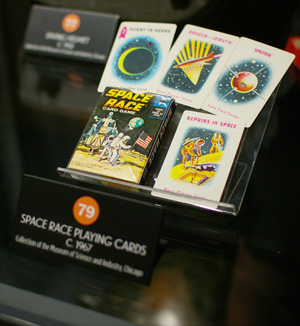 This seems like something grandma would tell you not to stare ator you would go blind, but we couldn’t look away. There are a fewinteractive pieces in the exhibit, but this is by far the mostmesmerizing.

Check out our Vineof the experiment! 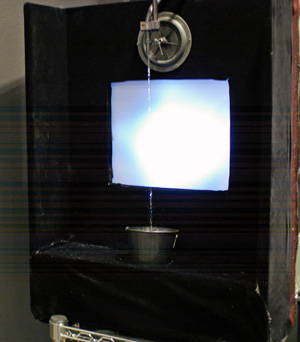 McCarthy’s favorite, the LiDAR Sensor and screen put visitors inthe mind of a Google Street View car to better understand just howthose maps are made. It’s another great example of something at themuseum that makes us realize how much we take current technologyfor granted. 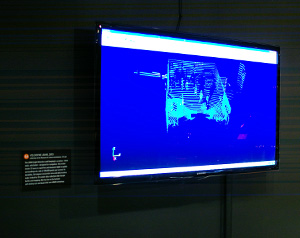 This one is for the parents. After being exposed to exhibitslikeAnimalInside Out, kids probably won’t be shocked to see TAM, the
Transparent Anatomical Manikin, but moms and dads will recognize
her from the cover of Nirvana’s “In Utero” album, which also is on
display. 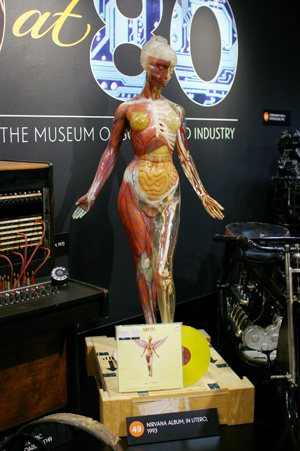 Special exhibit showcases 80 rarely displayed artifacts from themuseum’s extensive collection in honor of the museum’s 80thanniversary. These artifacts, carefully selected by MSI curators,will ignite guests’ memories from past exhibits but many will berevealed for the first time.