11 ’90s Halloween Movies to Watch As a Family

Show your kids some of your favorite Halloween films that you used to watch when you were their age. 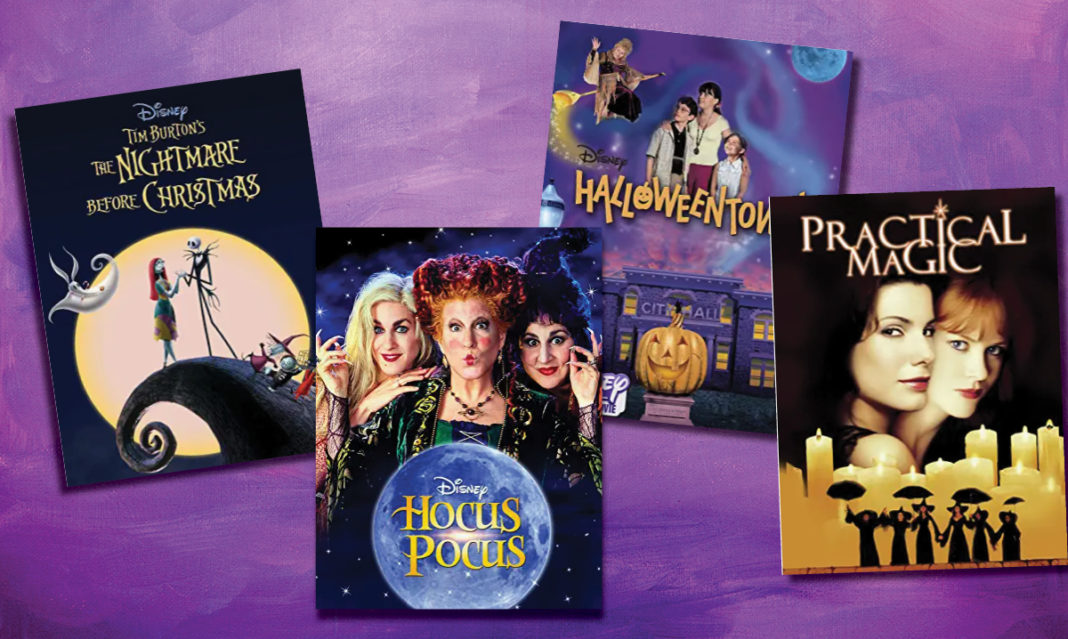 Halloween is approaching and one of the best parts about this holiday (besides the candy) is cuddling up on the couch in the dark and watching a spooky (or silly) Halloween movie. The ’80s and ’90s had some of the best movies to watch, especially when it comes to the spooky season.

Show your kids what kinds of movies you were obsessed with during this holiday. Many are streaming on Disney+, Netflix, Hulu and Amazon Prime.

A comedy-drama film about an afterlife therapist, Harvey and his daughter, Kat, who meet a friendly ghost when they arrive at a mansion in Maine. Casper and Kat become friends and it makes her time there worthwhile. The trio deals with Casper’s mischievous uncles and all of their shenanigans.

Don’t Look Under the Bed

This flick originated as a Disney Channel movie. A teen girl and her imaginary friend team up to catch a prank-playing boogeyman, who’s trying to frame her for strange things happening around their town.

This is one of the Olsen Twins’ classics. The two little girls discover their aunt has been trapped by her evil twin sister. The curse can only be broken by twins.

Directed by Tim Burton, this movie tells the story of a man that has scissors for hands and lives a very lonely and solitary life — until he meets a woman that introduces him to her world.

A young girl finds out her grandmother is a witch and that she is one, too. She then travels to Halloweentown and helps her grandmother save the town against evil forces.

A teenage boy moves to Salem and accidentally awakens a trio of witches that tries to put a spell on his whole town. Try these kid-friendly activities inspired by the Halloween film.

Two witch sisters deal with a curse that keeps them from finding and holding onto men they love.

A creepy and kooky family deals with a con-artist pretending to be their long-lost uncle.

The Nightmare Before Christmas

Jack Skellington, the Pumpkin King, discovers Christmas Town for the first time in this claymation.

A young boy finds a witch convention and tries to stop them, even after they turned him into a mouse.

Three teens help a mummy race against time to reunite him with his true love.

CTA Holiday Train and Bus Are Back for 2021

Katina Beniaris -
Families are welcomed to ride the train and bus for the first time in two years.
Read more
Advice

How to Winterize a House: Tips and Advice

Winter is officially on its way, so we spoke to a plumbing, electrical and heating and cooling expert for the answers.
Read more
Guides

20 Fun Things to Do with Kids in Chicagoland This Weekend