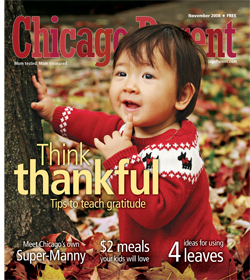 After Stacey Tonkinson’s husband lost his job, the elementary school teacher and her two tween girls, Dawn and Audrey, watched the building blocks of their life drop like dominoes.

As money problems mounted, the family came unglued. When dad moved out, Stacey couldn’t pay her monthly ,800 adjustable rate mortgage, so the bank changed the locks on their upscale Hanover Park house and threw away the family photos left inside.

Lorenzo and Elia Santana didn’t bust the budget when they signed the note for their brown brick bungalow at the end of Kilbourn Avenue in the Chicago Lawn neighborhood, not far from Midway Airport. Last October was the first month after Lorenzo lost his job on 9/11 that the hard-working couple couldn’t make the payment.

How much are their arrears now?

It’s the only home their girls, Samantha and Litzy, know. Samantha, the oldest, tears up when she talks about having to leave the immaculate little bungalow. Litzy isn’t talking-she says she doesn’t want to think about it.

No one yet can count how many kids like Samantha and Litzy and Dawn and Audrey are being shown the door of their own homes. The crisis is too young for number crunchers and policy wonks to get a grip on the scope of foreclosure fallout, local and national experts say.

Specialists in homelessness can estimate about how many children have nowhere to live. But nobody really knows how many of them ended up that way because banks repossessed their home, says Ellen Bassuk, president of the National Center on Family Homelessness in Boston and a psychiatry professor at Harvard.

But Bassuk does say this: “Children without homes are on the frontline of the nation’s economic crisis. These numbers will grow as home foreclosures continue to rise.”

The University of Chicago’s Chapin Hall recently brought together experts from around the country in one of the first national forums, Children and Foreclosure: The Economic Crisis Hits Home, to explore the emerging crisis.

While the pros on children’s homeless issues don’t yet have much hard data on “Generation F” (for foreclosure), they can make an educated guess that the housing crisis is not making for magical childhood memories.

Switching schools, household overcrowding as family and friends pool resources and crumbling social support systems are other pitfalls threatening to swallow up children who have lost their homes, says Malcolm Bush, a research fellow at Chapin Hall who is among the ground-breakers exploring what being expelled from their homes is doing to children.

“Any kind of major change in a child’s life can make them feel unsafe and unprotected,” says Kathleen Molnar, program director of the Emergency Fund, which works with 55 Chicago area agencies to funnel immediate financial assistance to families in danger of losing their homes.

The number of kids caught up in the net of foreclosure multiplies exponentially when you factor in all those whose quality of life suffers because their neighborhood deteriorates, home values plummet and community supports dry up as tax rolls shrivel.

As this generation grows up, mass eviction “has the potential to be an enormous, enormous problem,” Gould Ellen says. “Some children will be affected directly by living in a foreclosed property, but many, many more because they live in a neighborhood that is blanketed in foreclosure.”

That’s what you see if you cruise down the side streets off West 63rd Street near Chicago Lawn, where more than 3,700 homes have fallen into foreclosure since January 2008. There’s a block of a half-dozen boarded-up brick bungalows that not long ago may have been as proud and pretty as the Santanas’ just a couple of miles away.

Earlier this year, the remains of a shy, studious 15-year-old named Alex Arellano were found burned and beaten in the gangway of a vacant house on the 3000 block of West 54th Place.

“Perhaps it would have been different if there had been a family still living there,” Salter says about the murder.

Robberies are up around Robert Ozinga’s Southwest Side neighborhood around 55th and Rockwell. Gangs are moving in, he says. This spring, he heard evening gunfire for the first time.

With three daughters and four grandchildren under his roof, Ozinga is facing foreclosure himself. He has spent all the savings in his 401K since he lost his manufacturing job in 2007. A neighboring family who lost their home now lives in the lower floor of his two-flat.

And there are more subtle forces propelling the downward spiral into violence, says Bush, whose research focuses on low- and middle-income communities. As houses empty and those around them lose value, Bush says, the parent city takes in less property tax and has less to spend on violence prevention, youth programs and schools.

“These cuts have a direct impact on the health, education and protection that immediately impact kids,” he says.

Of the 45,000 Chicago area foreclosures last year, nearly 700 were in the Belmont-Cragin area on the Northwest Side. It’s getting worse instead of better. In the first quarter of this year foreclosures in the neighborhood were up 87 percent.

Elba Maisonet, principal at Schubert Elementary School in the Belmont-Cragin area, says she has twice as many homeless families in her classrooms, up to 21. She sees families transferring to suburbs like Aurora and Elgin where the cost of living is lower. She also sees more families coming into her district with no proof of address.

Moms are taking new jobs and toiling to transport kids to school from far-flung locations where they’ve had to move in with relatives. Some families have taken in boarders to make ends meet. Families she knows are living in hotels, in cars and shelters.

“Children in families who manage to stay organized tend to do OK in stressful situations,” she says. “Others fall into complete disarray, which makes it very difficult for the child to continue to function and to focus on school.”

The key to keeping family stability is routine, Bassuk agrees. Losing a home shatters that.

“It turns your world upside down. Your life gets uprooted. You’re like a refugee,” she says.

More than half of the Chicago families displaced by foreclosure, like Tisha Canada’s, find themselves without a roof over their heads because their landlords didn’t pay their mortgage. Canada, who suffers from a severe kidney condition, spent four hours a day on the bus with her three children in order to keep them in their school when she had to move in with her sister on Chicago’s North Side.

“We were so tired from all that travel, it was hard to keep a routine to eat, do homework and get enough sleep,” she says.

Ellen Gould cites a 35 percent leap in New York families heading to homeless shelters right after the bank took back the houses. But staffers at Chicago homeless shelters say families go through a process of “doubling up” before they turn to shelters.

If the worst-case scenario plays out for the Santanas, they say they probably would move to California to stay with relatives.

But what is the prognosis for Samantha and Litzy, gifted girls who want to grow up to be doctors? How about all the other children who are facing being forced from their homes or already have been?

“At the very bottom line, kids are resilient,” Bassuk says. “We can hope this experience will give them some added compassion about the world and that they will turn out more sensitive and understanding for people who are going through the same struggles.”

But kids like the Santana sisters may be living out the long-term effects of eviction long after the foreclosure era ends, experts agree. A sense of place and belonging is crucial to children, Bush says. Extreme stress like foreclosure can impede their social and learning development.

“The most frightening thing is that children’s studies tell us these effects may be long-term, so even if the foreclosure crisis is over in a couple of years, the consequences for kids exposed to it are likely to be long-lasting,” says Olivia Golden, a former assistant secretary for children and families at the U.S. Department of Health and Human Services, who attended the Chapin Hall forum.

The key turns on how the Santanas, and other families like them, keep it together as they cope with job and income loss.

Right now, the Santanas are focused on making money and striking a deal with the bank. Elia started selling Shaklee, and Lorenzo picks up as much handyman work as he can find, he says.

“We’re gonna do everything we can not to let this happen to them,” Elia says, hugging a girl with each arm.

She shakes her head, bites her lip and says the words the world may remember as the axiom for families of foreclosure.

“We never could have imagined this could happen to us.”

Sesame Street plans a new PBS primetime special, “Families Stand Together: Feeling Secure in Tough Times,” to help families with children ages 2 to 8 experiencing difficult economic circumstances by offering simple strategies and tips that can easily be integrated into families’ everyday routines. The special will air on PBS at 7 p.m., Sept. 9 (check your local listings).

Robyn Monaghan has been a journalist for 20 years, is an award-winning investigative reporter and a mom who lives in Plainfield.

Lori Orlinsky -
Read all about the luck of the Irish!
Read more
Indoors