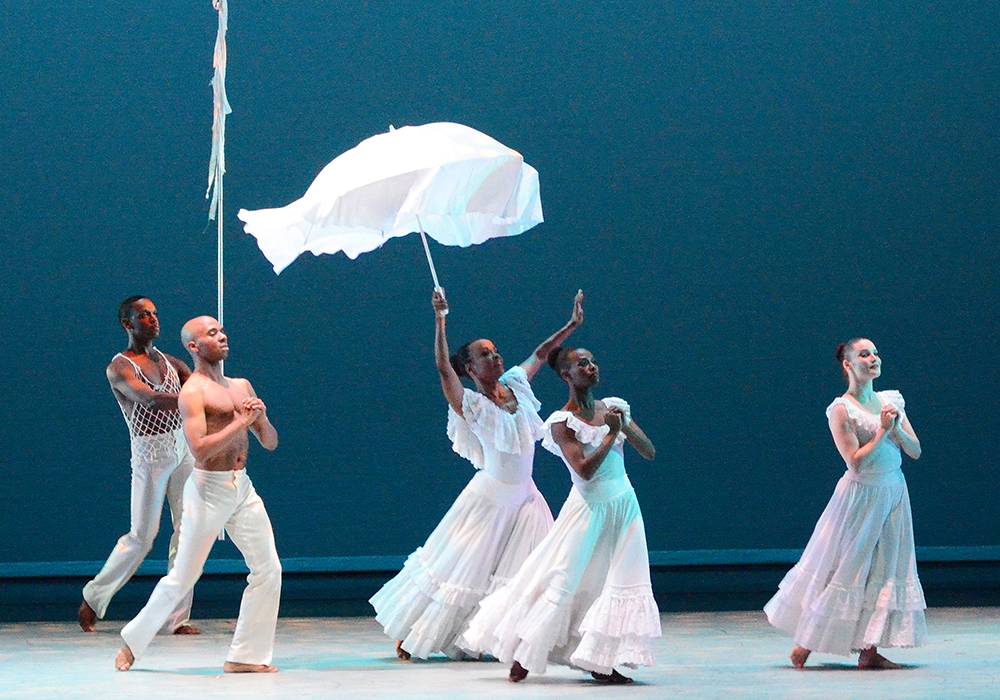 Talk about an anniversary party! From March 6-10, Alvin Ailey American Dance Theater will return to the Auditorium Theatre, their Chicago home, to celebrate the company’s 60th year and the 50th anniversary of their first Windy City tour.

The company, known for blending the cultural experiences of African-Americans with the very best of American modern dance, has three jam-packed programs in store for Chicagoans over the course of 5 days. “Lazarus,” the company’s first two-act ballet, is choreographed by renowned hip-hop choreographer Rennie Harris (and co-commissioned by the Auditorium Theatre), and draws from the life and experiences of Ailey himself. Addressing racial inequalities in America from the 1950s to today, “Lazarus” has an all-star soundtrack: original compositions by Darrin Ross, “Feeling Good” by Nina Simone, “As Yet Untitled” by Terence Trent D’Arby, “Black Man in a White World” by Michael Kiwanuka, “Glory, Glory” by Odetta, audio recordings of Ailey, and gorgeous spoken word texts.

“En,” a jubilant ensemble piece created by New York choreographer Jessica Lang and featuring original music by composer Jakub Ciupinski, has a title with multiple meanings in Japanese. It signifies destiny, fate, and karma and, according to Lang, “reflects on the universal experience of coming full circle … as time passes, we recognize the people we meet along life’s journey who play a part in the fate and destiny of our lives.”

The “Timeless Ailey” program features over a dozen wonderful works, including some lesser-seen gems like “Mary Lou’s Mass” (from 1971, Ailey’s collaboration with “Queen of Jazz” Mary Lou Williams), and 1972’s “The Lark Ascending,” with music from Ralph Vaughn Williams. Throwbacks like 1958’s “Blues Suite and Cry” (1971) make this evening a treasure trove for longtime fans—but newcomers (and soon-to-be lifelong fans) will thrill for this evening as well.

As with all Ailey programs, each evening will end with the wildly popular “Revelations”, Alvin Ailey’s signature masterpiece set to traditional spirituals, which takes the audience from the depths of grief to the peaks of rapturous joy. Inspired by Ailey’s childhood memories as well as the works of writers James Baldwin and Langston Hughes, this ballet has been seen by more audiences worldwide than any other modern dance work. (Ready to add your family to the adoring horde?)

Tips and recipes to enjoy dough straight from the bowl.
Read more
Camps

Explore the Arts This Summer With ChiArts Camps

Brought to you by The Chicago High School for the Arts.
Read more
Education

How Kids With Special Needs Transition to a Productive Life

The enhanced glasses help guests with red-green colorblindness see the colors of the grounds with a greater range of variety.
Read more