8 ways to enjoy the dog days of summer 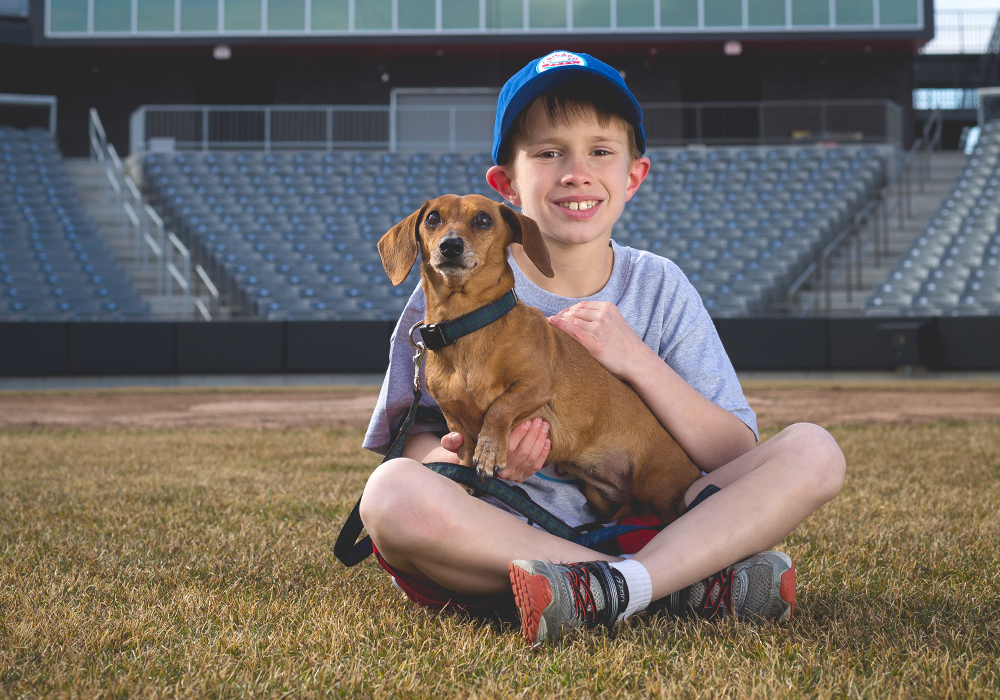 Hot, humid, and most o all, lazy. Yep, it’s safe to say that the dog days of summer will be here before we know it. But if you think the dog days have to be synonymous with boredom, you’re barking up the wrong tree. Here’s how the Windy City does those dog days right (spoiler alert: it’s more fun than you can shake a stick at).

Did you know that the term “dog days of summer” actually has celestial origins? Sirius, also known as the dog star, rises just before the sun starting in late July, which nicely coincides with some of the hottest days of the summer. Head to Adler Planetarium’s Doane Observatory (or maybe just your own backyard) to sneak a peek at the literal star of the season—it can be found just below Orion’s famous belt.

Chicago’s sports family just gained another member—and it’s a dog, at that! There’s a catch, though: the name of Rosemont’s new baseball team, the Chicago Dogs, actually refers to our city’s beloved hot dogs, not their canine counterparts. The team plays at the brand-spanking-new Impact Field (it’s visible from the Tri-State) and it has family fun planned all doggone summer long. Best of all, tickets start at just $9, so you won’t break the bank while busting that boredom.

Get a move on

Since the PAWS Chicago 5K Walk/Run benefits the city’s largest no-kill animal shelter, it only makes sense that the race is completely pet-friendly. More than 4,000 humans and their dogs hit the road at Montrose Harbor June 3, and the money they raise from the run goes straight to PAWS Chicago. And if you contribute $250 or more, you get access to the VIP Hero Hangout area, which includes a puppy play pen (we can hear your squeals from here!).

One of our city’s most lasting legacies is our … um … unique take on the all-American food known as the hot dog. If you’re going for a classic, Superdawg, which celebrates its 70th birthday this summer (and boasts a second suburban location in Wheeling), is always a safe bet—their dawgs are topped with mustard, relish, dill pickle, chopped onions and a hot pepper. Or check out Dog Haus for a more avant garde experience—their all-beef dogs are served on King’s Hawaiian Rolls with a variety of trimmings. But whatever you do, remember Chicago’s cardinal rule: Hold the ketchup.

The Chicago Park District has gone to the dogs—Lincoln Park’s Noethling Playlot Park, at least. The half-acre area is better known as Wiggly Field due to its proximity to the Friendly Confines. Pups can play off-leash (supervised, please!) or cool off in the kiddie pool on warm days. There’s also a separate area for smaller dogs, so you can make sure man’s best friend isn’t going home with any new enemies. The Chicago Park District has 20 other dog-friendly areas with just as much canine cred, but admittedly less-cute names.

Lions, tigers and … dogs? They may not be domestic pooches begging for a belly rub, but the African Painted Dogs who live at our local zoos share a lot of characteristics from their canine cousins. The endangered species have signature patchwork coats, a strong pack mentality and adorably rounded ears that will have you howling at all the cuteness. The pups can be seen at the Regenstein African Journey (Lincoln Park Zoo) or Habitat Africa! The Savannah (Brookfield Zoo).

Even Fido needs to rep his hometown! Head to Edgebrook, where Local Goods Chicago sells dog (and cat!) collars that salute our city’s starry flag. While you’re there, nab a coordinating necklace, a wooden train for the kiddos or some pint glasses that proudly proclaim that, cold nose or not, Chicago is your kind of town.

Soak up the sun

Life’s a beach for pups in Chicagoland! It wouldn’t really be summer without a dip in the lake—and even your pooch can get in on the fun. We like Wilmette’s Gillson Beach, which is truly designed for the whole family with a public swimming area that’s not far from the designated dog beach at the southern end of lakefront. The beach is part of a larger park, complete with picnic areas and a tot lot (where dogs are also welcome, provided they are leashed), not to mention 60 acres just begging to be explored by you and your four-legged friend.

Chicago Parent Staff -
Get ready for the best summer ever!
Read more
Health