Why I Took My Family on a No-Buying Journey 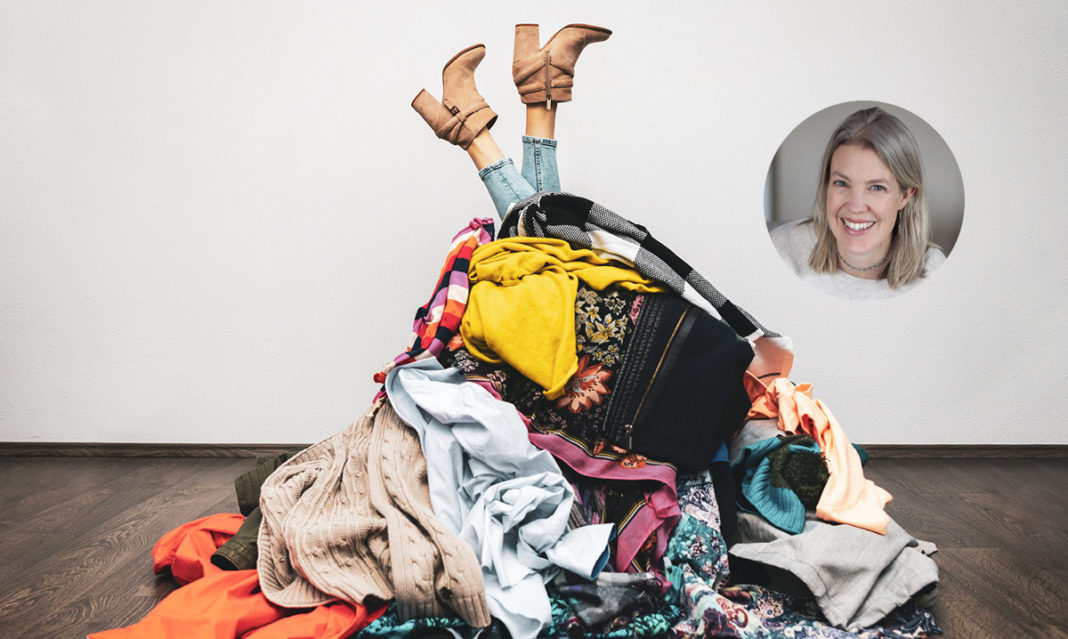 Our family undertook a year-long no-buying experiment, and once the word spread about what we were up to, people wanted to talk. These conversations – especially among married couples – typically began with a diagnosis of which partner was more responsible for the influx of clothes, gear or housewares. Despite some initial finger pointing, most couples came to quick consensus about which partner was the more prolific shopper. In my own brief study, the desire to acquire appeared to be gender neutral, affecting both men and women equally.

But once the goods are in the house? Ah, therein lies the difference. As we began to discuss our experiment, women would gasp and nod, lean in and listen with interest. When I referenced the storage container of empty glass vases that survived two moves without ever having been opened, I would get a chorus of amens from my sister cleaners and sorters.

A slew of studies conducted by institutions ranging from the Pew Research Center to the American Time Use Survey document women’s responsibility for the care and maintenance of our household goods. If you’re in the mood for some serious self-pity, ladies, spend a few hours swimming around in this kind of data: according to Bureau of Labor Statistics numbers, women, on average, do 2.3 hours of housework a day as compared to men’s 1.4. In recent years, more nuanced studies have noted that while there have been some important gains made in male participation in childcare and cooking, house cleaning is left primarily to women.

The data resonates. Aside from basic surface cleaning, in my own family and those of many of my friends, it is the female head of the household who takes on the processing of our things. She is the one who combs through dresser drawers to remove ill-fitting items. She is the one who insists that a linen closet get cleaned out and threadbare towels thrown away.

It also is the female head of house who typically thinks about where and how to store everything. I can’t tell you the number of women I know who have tried the experiment of leaving something – say a sleeping bag – in the same spot on the floor where it was dropped post-sleepover. The results of this silent standoff are almost always the same: it will eventually be the mother who returns it to its rightful place.

If women are the ones who clean, sort, store and discard, the great irony is that before all that, we consume. As those tasked with keeping tabs on the household goods, we are the ones most likely to identify and fill gaps. We notice when the sleeves on our child’s raincoat have gotten short; we are the first to know when the rice cooker breaks.

I can see now that our year of no buying was my attempt to launch myself from this hamster wheel of consumption and care. If I couldn’t change what society expected of me, or what I therefore expected of myself, I could at least control how much I felt responsible for. Sure, we still had lots of stuff to manage, but the fact that we were not adding to that amount relieved a great deal of stress.

In my house, I am the primary custodian of the things we own, and I mean this in both senses of the word. I am the caretaker. And, as with anything that is in my custody – children, dog, tortoise, tea kettle – I am constantly attending to its overall well-being. I am also my family’s custodian in the other sense, the janitorial one.

For a host of complicated reasons that I am not sure any of us in my family understand or could easily articulate, I am the person charged with cleaning and maintaining our space. Extend the logic of either one of these roles to the thousands of objects in our home, and you will understand why I wanted less.

There's no better time to visit local museum, park or other attraction than on kids' day!
Read more
Guides