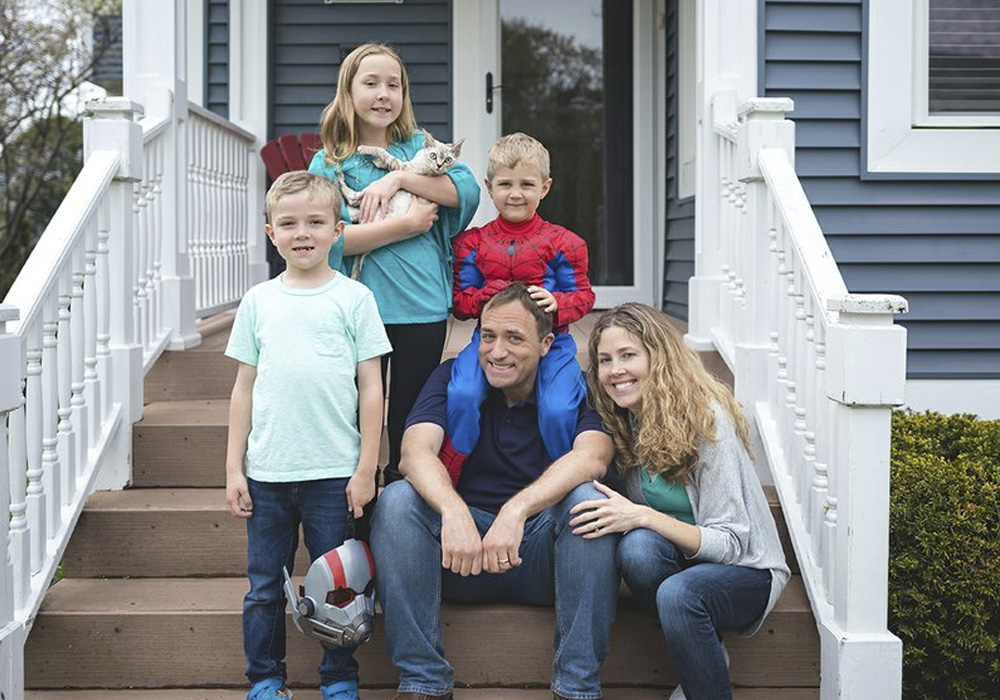 Best known to Chicagoland morning radio listeners as Whip from top-rated 101.9 The Mix Eric in the Morning with Melissa and Whip, Brian Paruch is a hands-on dad of three who likes to have fun.

How do you describe your parenting style?

Being around, being part of everything if possible. I think our kids would probably describe us, especially me primarily, as almost complete pushovers and more like me begging them … to just go along with the program as opposed to ordering them to do anything.

How do you balance the crazy a.m. radio shift and the kids?

My parents and Stacy’s dad have always been available to help. Once I get home and have my little nap, I am around and available for them. I manage it because Stacy does a great job figuring out things on the homefront while I am downtown.

Do the kids listen to you on the radio? What do they think?

Tori has always had the radio on in her room and she’s The Mix’s biggest fan. I’m pretty sure she might wake up to the show. They listen in the car. … I guess they think it’s kind of fun, silly and fun, kind of cool.

What’s been the best advice you’ve received as a parent?

You can’t prepare yourself for all of it, you just have to live it. I didn’t put an inordinate amount of pressure—it sounds easy for the dads to say this, by the way—on myself before the kids were born. To know that there is so much I have to figure out by experience I didn’t make myself stressed out about being prepared before the fact because I knew that was impossible. 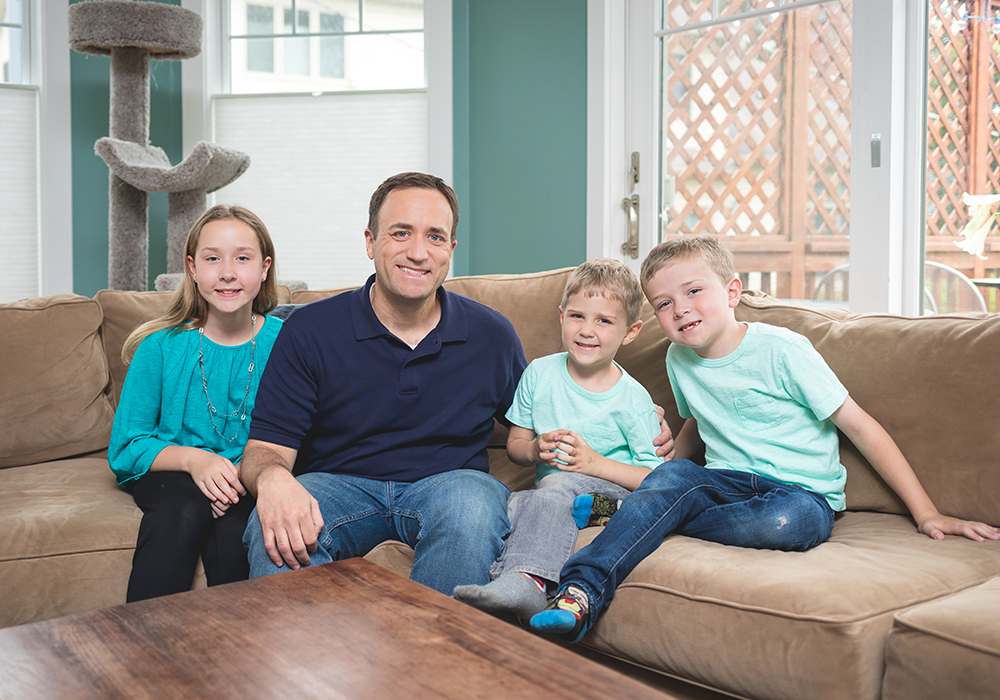 What’s been the biggest surprise for you as a dad?

This is going to sound so cheesy. I don’t think that before the kids were born that I understood how much you could love somebody the way you would love your kids. … I don’t think I really grasped the concept of that until they were there. And then your whole world, it just changes for the better in so many ways.

What are your favorite things to do with the kids?

Going to the park is just such a simple one, but it is such a good one because they all love going to the park and playing on the playground. With them I’ve played lots of Wiffle ball, so I got to bring Wiffle ball back into my life.

1. Time REALLY, REALLY DOES go fast with kids, just as the cliche goes. Every school year seems to go by in an absolute snap … until, the next thing you know, they’re about to go to middle school.

2. Every kid really is different. Just when you think you’ve got it all figured out, something that works for one does NOT necessarily work for the others.

3. When all else fails (especially with babies), sometimes a little ride in the car can do wonders. When ours were babies, I became the master at the art of tooling around the neighborhood, listening to the radio, until they fell asleep.

This article originally appeared in the June 2019 of Chicago Parent. Read the rest of the issue.

Katina Beniaris -
Looking for something fun and exciting to do with your kids that they are sure to enjoy? Try these places out with them.
Read more
Sponsored Content