Dad in the spotlight: The Jam’s Jordan Cornette 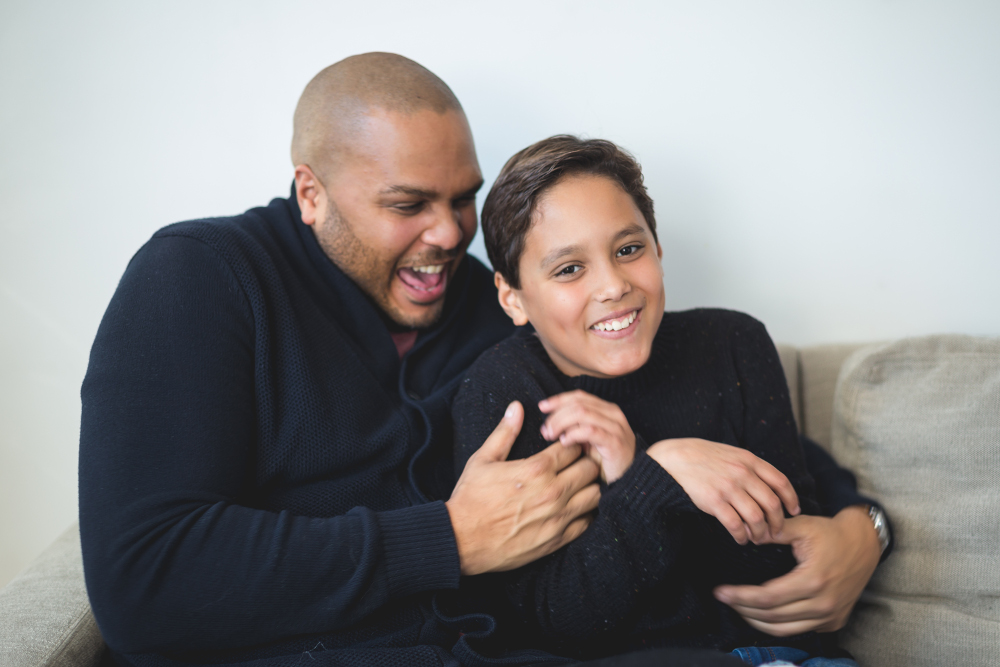 Jordan Cornette is a college basketball star turned sportscaster and media personality. He’s the co-host of WCIU-TV’s “The Jam” and an ESPN co-host and college basketball analyst. In June, Jordan is marrying his fiancée, WFLD Fox 32’s sports anchor and field reporter Shae Peppler. Jordan’s 11-year-old son, Carter, spends much of his time with his mother in Florida, but regularly comes to Chicago where he enjoys all our city has to offer with his doting dad and soon-to-be stepmom.

You’re in a multiracial household now and your son is biracial. How does race enter the discussion in the Cornette household?

We just had a big talk about it last night! Discussing race can make Carter feel uncomfortable, but it’s an uncomfortable subject for everybody! As long as you talk about it with respect—respecting differences and understanding equality—then it goes a long way. Being a blend of two cultures makes him special. He’s unique and he’s different. Sometimes, as a kid, I was treated differently because I didn’t dress or talk a certain way, but I knew that if there’s anything that I experienced that I thought was racist or unfair, that I needed to share it a teacher or with someone. And I want him to make sure to share that with us.

It seems Chicago has embraced you, have you embraced Chicago?

You and Shae get married this summer. Is creating a new arrangement challenging?

When I first had Carter and I was a clueless single guy trying to come to grips with another life to take care of, I never thought I’d reach this level of stability. I had to work and mature. Luckily, Carter’s mother’s family was patient with me, and thankfully, all of our families couldn’t get along any better.

Shae came from a household where her parents split up but they made it work through life. She understands how important it is for Carter to have stability and for the families to be synergized. Carter’s mother has taken the lion’s share of the responsibility in doing things for him, but I know that to raise an ever-evolving child also takes a father who understands what a father should be and what that means to a son. Shae has gone out of her way to have a relationship with Carter’s mother, and Shae’s family has embraced Carter. It’s one big heap of love that’s focused on him. Shae pushes me to be the best father I can be and that’s who she wants me to be.

You feel optimistic about your new family unit and what the future holds?

I want my son to know that we don’t necessarily have all the answers, but that we’re two loving people trying our best to figure things out. He’s surrounded by people who care about him and are looking out for his best interest… and I feel good things are going to turn out all right.

This article originally appeared in the February 2019 issue of Chicago Parent. Read the rest of the issue.