Tips for a safety-savvy family 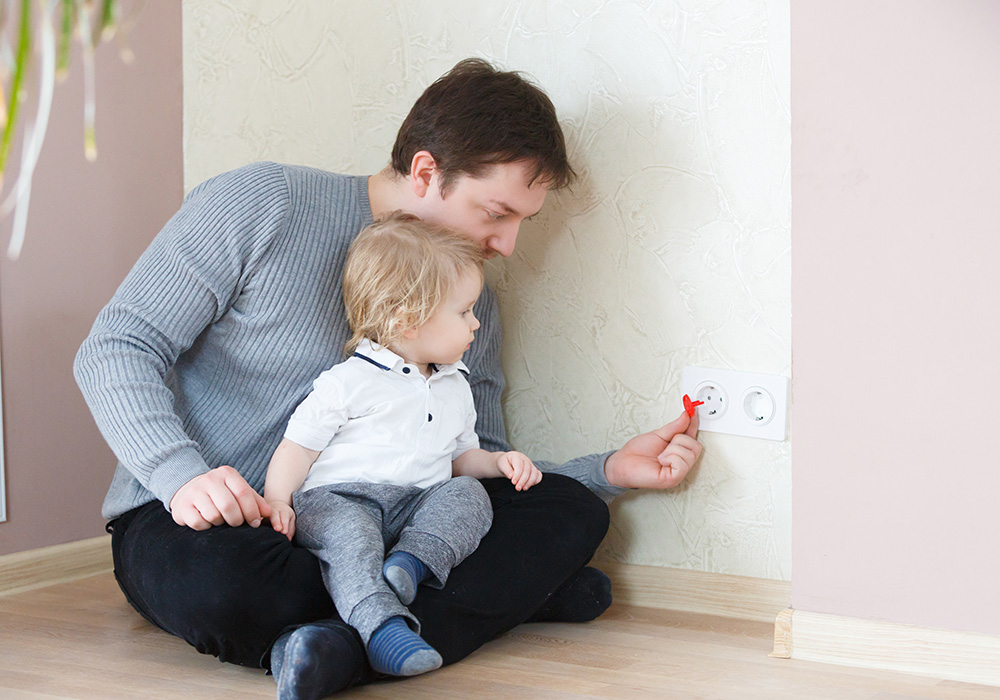 My fear of fire began when I was seven during Passover. A tradition of the holiday is to ceremoniously burn all the bread removed from your home. My dad decided to burn a paper bag filled with the bread in the alleyway close to our sidewalk.

He poured gasoline on the bag and lit it on fire, which quickly spread, forcing us to run as fast as we could from the flames. Luckily, I came away with only a singed jacket and some singed hair.

Just like my father, many parents forget vital safety rules from time to time — or never learned them in the first place. Recently I had the opportunity to spend a day at Underwriters Laboratories in Northbrook to learn how to stay safe in a variety of situations.

KNOW IT: Every year, almost 4,000 kids end up in the emergency room because of injuries from electrical outlets.

Kids should never put their fingers or objects in an uncovered electrical outlet.

Cover your outlets with an outlet plug cover.

Use a ground-fault circuit-interrupter, specifically in the bathroom, to prevent electrocution or serious shock injury.associated with electrical outlets.

KNOW IT: About 20 million students are carrying twice the recommended weight on their back, which can lead to stress injuries and spinal pain.

Organize your child’s backpack to use all of its compartments — the backpack should never weigh more than 10-20 percent of a child’s body weight.

KNOW IT: In 2016, recalled products caused at least 394 injuries and seven deaths.

Make sure you have up-to-date information on recalled toys and children’s products. Check the Consumer Product Safety Commission website for the latest information.

KNOW IT: Parents like to think their kids would know how to act in an emergency. But your children might not be as safety smart as you think.

Parents must make sure their kids know how to get out of a fire. Explain the importance of getting down (smoke is lighter than air and rises to the ceiling, so tell kids if they see smoke, they should get down) and getting out (empower kids to escape by having and practicing a fire escape plan). Remind them that once they are out quickly and safely, to stay out.

KNOW IT: Also known as the “silent killer” because it’s colorless, odorless and causes flu-like symptoms, carbon monoxide kills about 200 people in the U.S. every year.

Have your fuel-burning appliances inspected by a technician at least once a year. Install alarms inside your home to provide early warning of unsafe levels of CO.

Like smoke alarms, CO alarms need to be tested monthly and cleaned. If your unit is battery powered, the battery should be replaced at least once a year. CO alarms should be replaced whenever an end-of-life signal is activated or the manufacturer’s replacement date is reached.

If the CO alarm sounds, immediately go outdoors or by an open window or door. Do not re-enter until given permission by the emergency services.