Get your Broadway fix with ‘The Producers’ 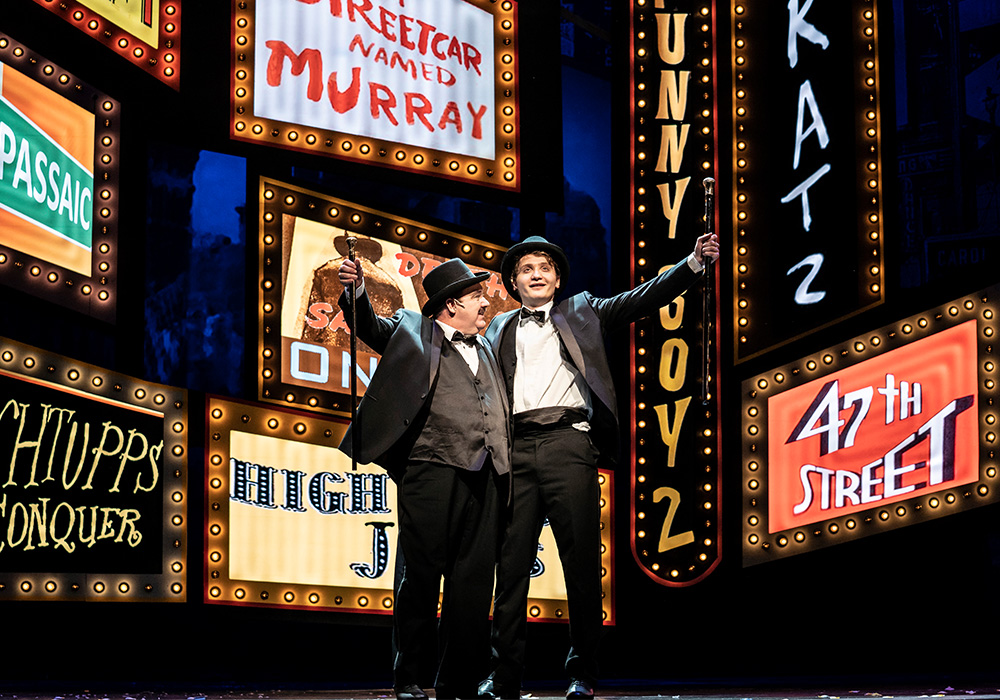 If you love musicals as much as we do, then take a drive out to Aurora for the latest Broadway-infused sensation at Paramount Theatre.

Its spectacular version of “The Producers” is everything you want in a comedy musical: uncontrollable laughs, elaborate numbers and an outrageous storyline. While this production is not suitable for kids, that shouldn’t stop parents from treating themselves to a night out at the theater.

Based on Mel Brooks’ 1967 comedy film, the show follows Max Bialystock (Blake Hammon), a longtime producer who discovers a get-rich-quick scheme that requires him to make the worst Broadway show ever. He teams up with his accountant, Leo Bloom (Jake Morrissy), to produce a guaranteed musical flop called, “Springtime for Hitler.”

Bialystock and Morrissy don’t disappoint as Max and Leo (most notably played by Nathan Lane and Matthew Broderick in the modern adaptations). Playing the unlikely leading duo requires energetic chemistry and impeccable comedic timing to connect the audience to the world known as show business. And oh, what a wacky place it is, based on Max and Leo’s laugh-out-loud interactions with stand-out characters like glamorous director Roger DeBris (Sean Blake) and their splashy new personal secretary Ulla (Elyse Collier).

Of course, the satirical tone throughout the show keeps the crowd lively and entertained. How else would songs like “Springtime for Hitler” and “Keep It Gay” get laughs then? Not to mention, the marvelous set captures the extravagant nature of Broadway, scene after scene, and makes each number shine to the top.

If you’re looking for an entertaining night out, check out “The Producers” at the Paramount Theatre. You won’t be disappointed!

Recommended for ages 18 and older

Plan ahead! We've rounded up some of the best activities and events to do with kids in Chicago and suburbs this month.
Read more
Health

A new study suggests that more video game time might have benefits for children’s brain development.
Read more
At Home