The Millennium Falcon and Me 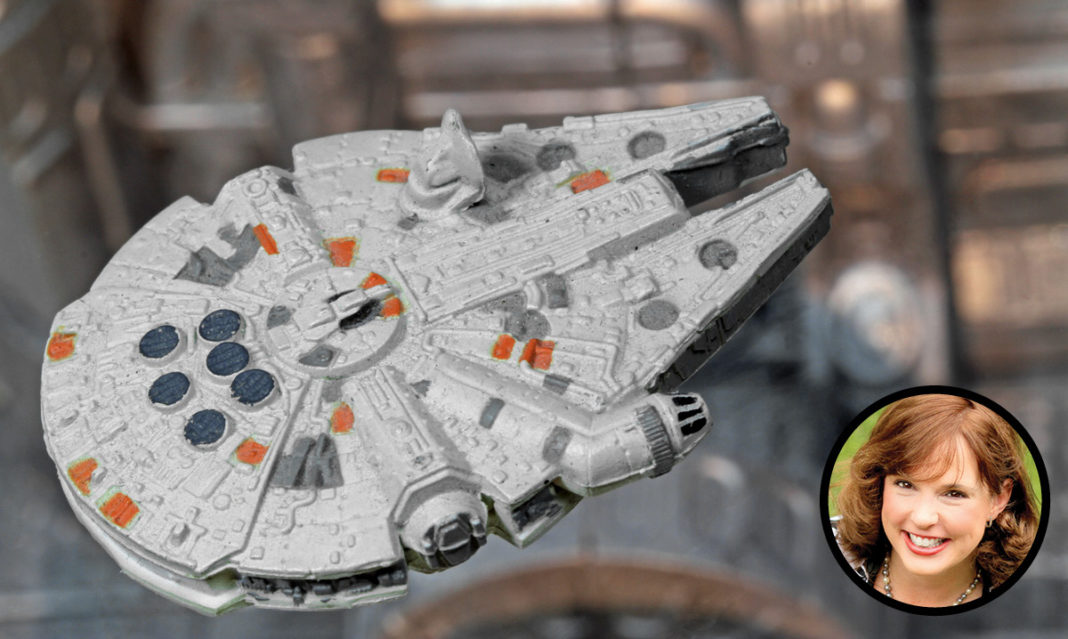 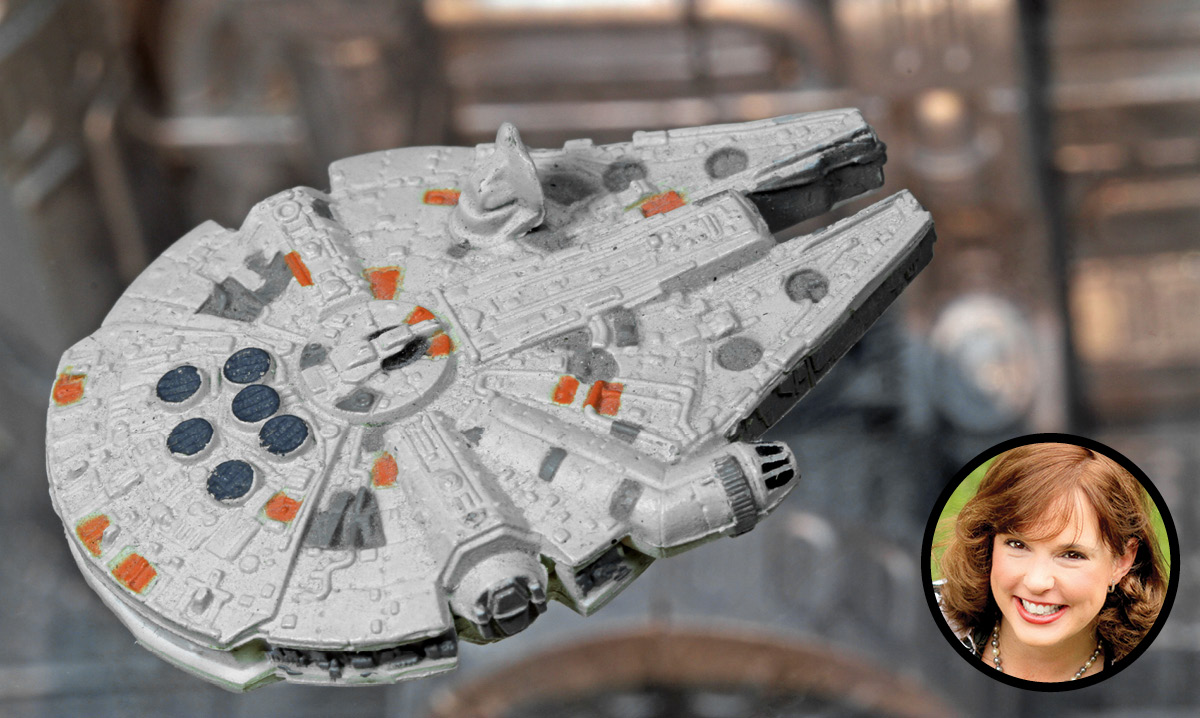 My kids have understandably been home a lot more than usual, as evidenced by our food bill and the number of abandoned socks on the living room floor. Some of my friends have used this period to forge deep discussions with their children about God, race relations and their place in the world. There is a strong desire for many to take advantage of these unprecedented times and examine and discuss them with their loved ones.

We’re too tired to be woke. Instead, our talks veer painfully towards the absurd. When I do try to throw in some occasional “woke” topics, the boys fight me tooth and nail. It’s like trying to get them to watch a very special episode of “Blossom.”

WE GET ENOUGH OF THAT AT SCHOOL. WE’RE PRIVILEGED. WE GET IT. WE JUST WANNA WATCH “RIDICULOUSNESS” NOW.

The other day, my son Jack was rambling on about the Atlanta Falcons. I wasn’t really paying attention because the washing machine was making weird noises. But my husband? Joe instantly asked him to repeat what he had said.

It was like Jack was describing criminals who blew their second shot at freedom. Joe and I stared at him.

“It’s FULL-cons, NOT FAIL-cons. Who taught you how to speak?” my husband blasted.

Suddenly, our whole family got involved. The kids were all on Jack’s side, assuring us that EVERYBODY pronounces it “FAIL-cons.” I sided with Joe, unsure of who exactly had been raising our children in such obvious ignorance.

We went down the rabbit hole of pronunciation, googling it and even listening to different people online say the word. Everyone was excited, animated and ready to go the mat for their side.

Then it occurred to me that Joe and I were raised in a “Star Wars” world. And that super- fast ship Han Solo flew? It was obviously the Millennium FULL-con. To a couple of Generation Xers, Han Solo is the undisputed and preeminent authority on how to say the word.

I also cited the old movie my parents used to watch – “The Maltese Falcon.” Again, it was distinctly pronounced FULL-con.

I tried dropping my mic and declaring victory.

My children scooped it back up. They pooled their whole resource base of smart phones, computers and tablets to prove that 99% of the time, the word is clearly presented as FAIL-cons.

It got almost as heated as the time Joe corrected the boys for saying soda instead of pop.

Joey remains so moved by his father’s emphatic disdain for “soda” that he takes to crossing out the word “soda” with a Sharpie on our baking soda boxes and replacing it with the word “pop.”

Yes. We use Baking Pop.

The Great Falcon Debate of 2020 remains unresolved. Joe is sticking strong to his Millennium Falcon guns, while the kids insist that he is insane. I did a little more research and found that the British pronunciation is indeed FULL- con. It makes sense that older generations would have a purer adherence to the Queen’s English. This new crop of kids uses “bruh” non-stop, which I put a stop to when it was used to replace “mom.”

In today’s world, there are a lot of voices who try to tell me the topics I’m supposed to discuss at home. I choose instead to be the leader of the rebellion and go where The Force leads me.

It’s just so much more fun.

Get creative with these ideas.
Read more
At-Home Learning