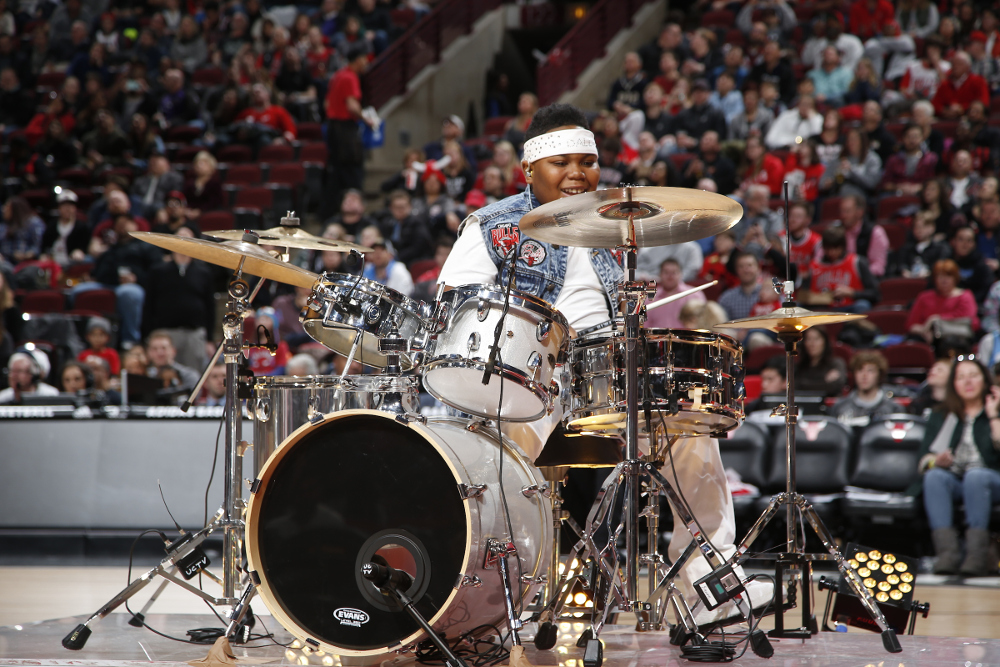 When he was a baby, Dallas Wayne Hardrick was inconsolable, crying for countless hours at a time. Dallas was born premature at 28 weeks and was diagnosed with cerebral palsy following a brain hemorrhage that left him with the loss of sensory nerves and poor muscle tone.

His mom, Tina Page-Hardrick, remembers those tough days, having attempted “everything imaginable” to soothe her son. A swear-by tactic for many parents, she tried driving him around in the car in hopes that he’d fall asleep. But funny enough, Tina discovered it wasn’t the motion that calmed Dallas down, it was the music.

“There was something unique about sounds and music that captured his attention, and it became the best therapy for him when he was agitated,” she says of her now 10-year-old son. While Dallas was delayed in walking, Tina says her son would desperately try knee walking to the kitchen as a toddler to get his hands on the pots, pans and spoons to make a beat. Shortly after, everything became a drum to Dallas, from the living room tables to the floor.

His love for drumming has only gotten stronger with age. Dallas, now a fourth-grader who lives in Bolingbrook, won the 2018 Chicago Bulls Kid Talent Search. The contest is for musicians and singers, and Dallas was selected by fan applause to win the grand prize of $1,000.

After submitting an essay and audition videos, he performed twice at a Bulls game halftime show, trading in his home and church stages for the United Center, playing Bruno Mars “That’s What I Like” in front of more than 20,000 fans. In an effort to be judged on his ability, Dallas did not disclose his disability when applying for the contest.

“I wasn’t scared at all,” says Dallas, who plays music entirely by ear. “I always knew I wanted to do this for the rest of my life.”

In addition to taking home the Chicago Bulls Kid Talent Search title, Dallas received VIP treatment leading up to his performance. The day before, his school declared “Dallas Day,” encouraging kids to dress up in Bulls clothing to support him. On the day of the game, Dallas had more than 60 of his own fans at the game supporting him. He also toured the locker room and watched the players take the court.

“It was the coolest day ever,” Dallas says. While Dallas is thriving through music, he’s right side hemiplegia, receiving physical therapy for balance issues, (one of his arms and legs is longer than the other) and therapy for ADHD. He attends PAEC Elementary School in Hillside, a special needs school.

“When we got the diagnosis, even though we didn’t know what the developmental outcome would be, we decided to push him to his full potential,” Tina says. “I want people to see that he’s able and not a label.

”What’s next for Dallas?” “I want to be a celebrity drummer and design my own drum set and drum stick line,” says Dallas, who has recently picked up beatboxing and playing the bass guitar and congas. “I know I have cerebral palsy, but cerebral palsy doesn’t have me.”

This story appeared in the Winter 2019 digital issue of Chicago Special Parent. Read the issue here.

Brought to you by Star Cinema Grill
Read more
At Home