Teen gives people with Down syndrome a voice 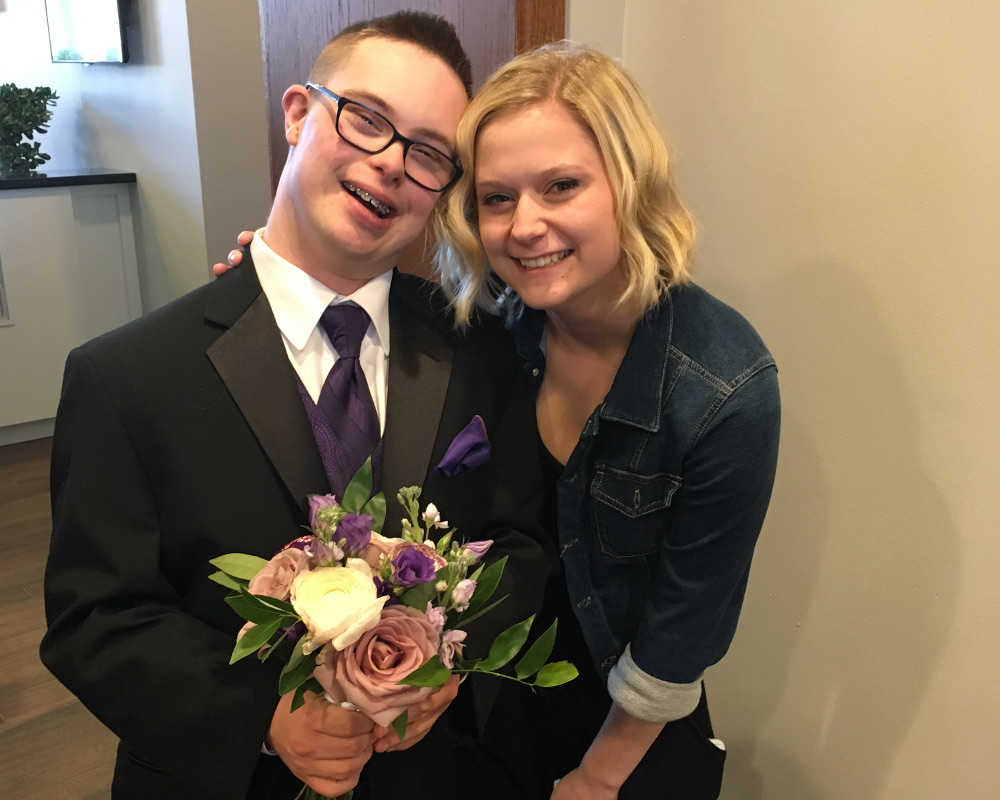 Sam Anderson is a huge champion for people with Down syndrome.

“We are all special,” says Sam, who also has Down syndrome.

“We are inspiring, kind and have different talents. We make a difference in the world.”

While Sam is usually the one asking the questions, he’s now the subject of the documentary “Sam Anderson: In My Own Words,” produced by Sarah Taschetta. Originally a college assignment for Taschetta, the video has received more than 25,000 social media views, and was nominated for a Chicago/Midwest Emmy by the National Academy of Television Arts and Sciences.

The 10-minute documentary follows Sam during his final semester of senior year at Wheaton North High School as he manages the basketball team, competes in various Special Olympics sports, and asks a girl to prom.

Taschetta, who knew Sam through a mutual acquaintance, says it’s ironic that he’s always the one telling everyone else’s story, yet he himself has an amazing one to tell.

An inclusion advocate, Sam was the first student with Down syndrome to enter his elementary and junior high schools.

“Sam wanted to go to school with his siblings and his friends,” says his mom, Katherine. “At first, the schools weren’t supportive, but we pushed for it so he could be included and be part of the community.”

Sam excelled in school, and made his mark in high school. He served as the manager of the varsity basketball team, and even took home the title of “Mr. Wheaton North,” earning a spot on homecoming court as homecoming king.

“Sam showed me that there’s a positive to everything,” Taschetta says. “The good life does not depend on chromosomes. He is living proof that a disability should not hold anyone back.”

Sam still keeps a busy schedule – he is currently taking transition classes at the College of DuPage, working his first job in food service at Wheaton College, and playing for the Special Olympics basketball, track and bowling teams. He is involved in his church youth group and volunteers at a food pantry. He hopes to enter a two-year program at Judson College in the coming years.

Watch “Sam Anderson: In My Own Words” here.

Foodies, get ready to go crazy over these creative flights!
Read more
Advice

The Most Popular Baby Names in Illinois

Are you on a budget, but still want to take your family to do something fun? Find free things to do in the city and suburbs.
Read more
Outdoors