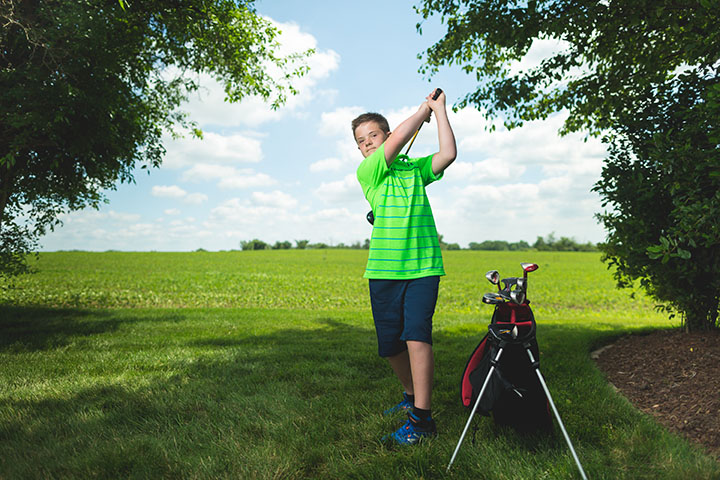 Jack Klawitter has never met Tim Corrigan, but it wouldn’t be surprising if the youngster someday continues the Special Olympics legacy of the man who has been to every one.

The 12-year-old Frankfort boy, who was born with Down syndrome, has been in Special Olympics since he was 2.

“For us as a family, Special Olympics has provided a community where Jack is like everyone around him,” says his mother, Brook Klawitter. “Jack is with his friends and he sees himself in his friends and they see themselves in him.”

From age 2 until 7, Jack was in Young Athletes, an innovative sports play program for children who have intellectual disabilities. It’s designed to introduce children into the world of sports and Special Olympics.

“It was the first time that as parents, we got to openly celebrate Jack and his accomplishments,” his mother says. “We weren’t focused on the milestones he wasn’t achieving.”

By 4, using skills he learned in Young Athletes, Jack joined the community t-ball team, helping him make friends and integrate into the school environment.

The seventh-grader at Peotone Jr. High School has two younger sisters, Sophia, 10, and Mary, 7. Similar to Tim Corrigan, Jack is the oldest sibling, leading by example.

At 7, he began training and competing in Special Olympics events such as basketball, track and field, swimming and unified golf through Lincoln-Way Special Recreation Area. At 8, he completed two days of training to become a Global Messenger, a component of a leadership program where he learned to give speeches on the benefits of Special Olympics.

“Jack has already given 16 official speeches to as many as 300 people,” his mother says.

He also loves to volunteer and raise funds for Special Olympics, especially at the annual Polar Plunge event and the Super Plunge, where he takes 15 dips into Lack Michigan in a 24-hour period each February.