South Side teen inspires those around him 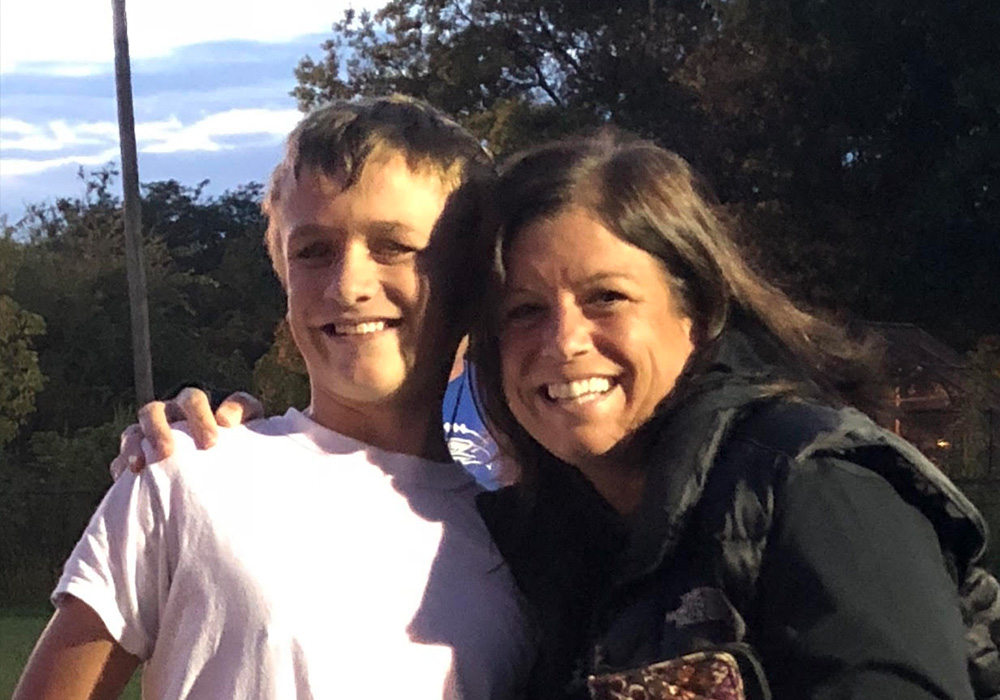 She held 18-month-old Jake on her lap as an eye doctor peered into his eyes and spotted a large tumor in one.

The next day, under anesthesia, doctors discovered tumors in both eyes. After an unfathomable 50 tumors developed in one eye, the eye had to be removed. A few months later, another tumor developed in the other eye and the pair was sent to Philadelphia to see a specialist.

Jake ultimately lost his second eye. Despite many surgeries and thousands of miles of travel for specialized care, 13-year-old Jake is a regular kid who loves playing football and hockey and inspires all those around him, his mom says.

“He never complained. … He just has gone through so much, it was a long, hard battle. Now he is 13 and he is wonderful, he is the happiest,” she says. “He just doesn’t let anything stop him. Nothing.”

The day the pair returned home after his second eye was removed when he was 8 years old, he pulled on a pair of roller blades and went off down the sidewalk with a friend.

Sometimes, though, Schied confesses, her son’s blindness stops her in her tracks. The mom of four also worries about high school and his future, though she tells Jake he’s destined to be a sportscaster since you can ask him about any athlete in any sport and he can recite their stats and background. He dreams of attending Penn State.

Jake is about to begin his final year playing football for St. John Fisher School on Chicago’s southwest side. Inspired to try after hearing the story of Jake Olson, a University of Southern California long snapper who had the same retinal cancer, Jake became the Falcons’ long snapper and his dad helped coach the team.

“I wish I could tell you how he does it,” his mom says.

Best mom survival strategy: One day at a time

Worst day: When I found out he was going to lose his first eye, I remember being at school and the doctor calling and telling me it needs to be removed immediately. Being at work and it hitting me was the worse. I remember going into the teachers’ bathroom and falling to the floor crying, my wonderful teacher friends trying to help me. Honestly, I don’t remember the rest of the day.

Happiest moment: When Jake lost both of his eyes, I finally had the courage to ask him if he only saw dark. His response was, “No mom, I see, I just imagine everything.” That is when I knew Jake was going to be OK.

Best advice received after cancer diagnosis: Live life like you would. Do not stop or change anything unless it is necessary. Yes, things are different, but do not stop living!

Biggest hope for Jake’s future: I want Jake to be able to do what he wants: go to high school, go to college, find a job, find love and start a family.

Brought to you by Pilgrim Lutheran School
Read more
You

How a mom of two tuned into her needs and is now laughing throughout Chicagoland with Bad Momz of Comedy.
Read more
At Home

From boogers to pen caps, here's why some kids can't seem to keep strange and stomach-turning things out of their mouths.
Read more