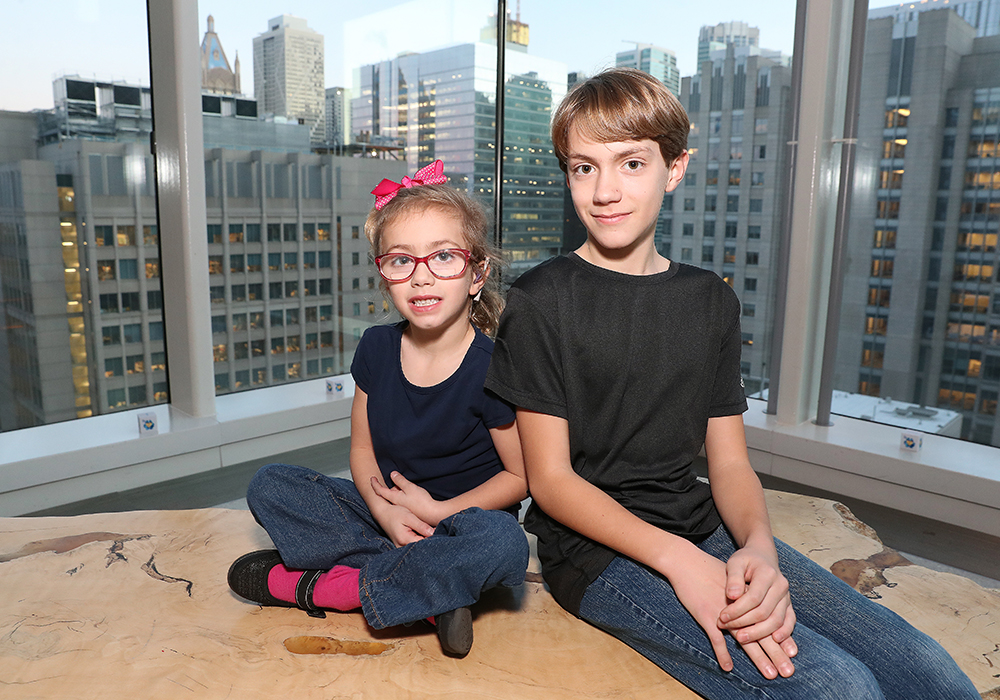 It goes way beyond fashion, though. Avery, 12, was inspired to help kids like his 6-year-old sister, who has a cochlear implant.

Raquel, the youngest of four, was born with severe hearing loss. She compensated by teaching herself how to read lips so well that no one noticed she has sloping hearing loss, meaning she can hear in some frequencies but not in others.

“It’s very emotional,” says Heather Bennett, Raquel’s mother. “I think that any parent who is dealing with a health surprise has a lot of processing that has to take place. At the end of the day, you want to do whatever you can do make your child’s life wonderful.”

And even though they started late, the whole family pitched in to help Raquel.

After 1½ years of hearing aids, speech language therapy and other testing at Ann & Robert H. Lurie Children’s Hospital with little to no success, Raquel was ready for a cochlear implant, a surgically implanted electronic device that replaces the damaged inner ear’s function. Raquel received hers in October 2016 when she was 5.

There’s one small catch: Just like all other electrical devices, her implant needs to be charged because it runs on batteries and right now, the battery is attached to the device on her ear.

That’s when Avery figured out a possible solution.

“I tried to design a way to have the battery of my sister’s cochlear implant go into a necklace so it would be fashionable and portable,” Avery says. “My sister is a very small girl, and it stuck out behind her ear, and it looks uncomfortable.”

Avery submitted his design to the science fair at his school, Saint Clement School in Chicago’s Lincoln Park, where he won second prize.

But he didn’t just stop there.

Next, Avery sent his Cochlear Implant Battery Extension suggestion to MED-EL, the makers of Raquel’s implant, and became a finalist for the international Ideas4Ears competition. The prize: a trip to Austria in April to MED-EL’s international headquarters. Avery will talk to other inventors from around the world and will learn more about the newest research at MED-EL.

But the most important part of the trip will be a deeply personal one for Heather Bennett.

Since each cochlear implant has a specific ID number on it, the implant can be traced back to the specific people who made it, so they can see in person the impact it’s had on Raquel’s life.

“We’re going to get to thank in person the software engineers, the scientists, the people who made this for her in person,” Heather Bennett says.

And that impact has been nothing short of a miracle.

“I play the piano and the guitar,” says Raquel, a first-grader with no delays, starting to list the things she loves to do on a seemingly endless inventory. “I also pitch and run and exercise and have playdates, I play with my friends on the bus …”