Clark is on the move again 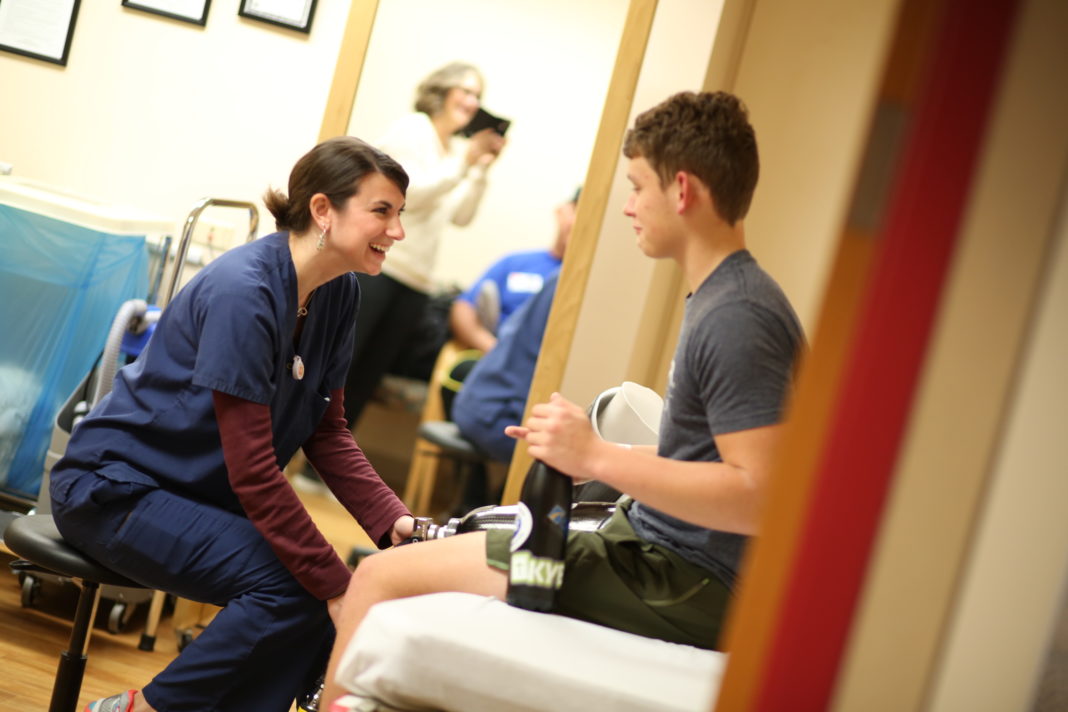 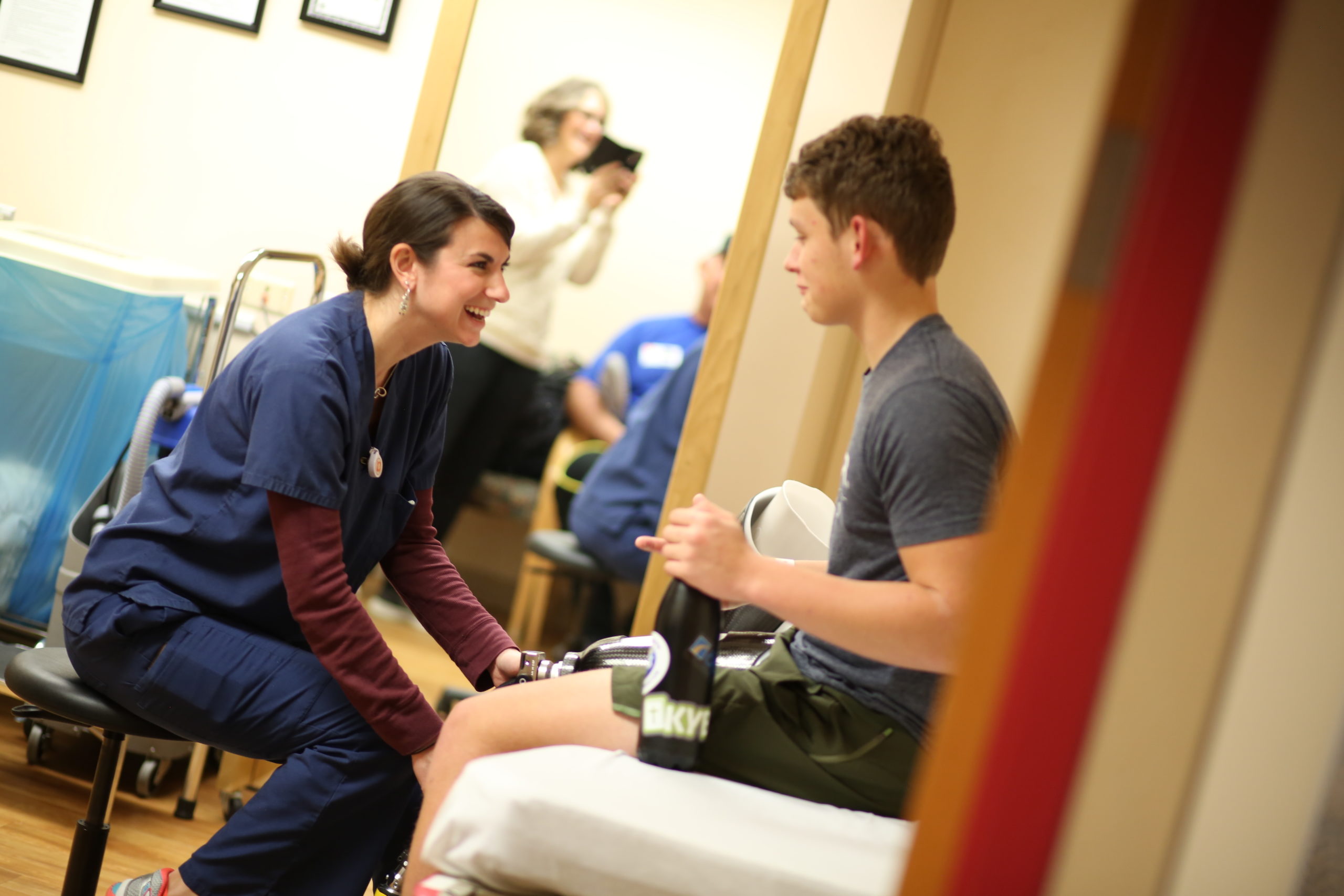 When 15-year-old Clark went sledding near his home in Ohio in December 2017, he didn’t expect that it would change his life. Clark was thrown off of the sled, severely injuring his right leg. He was taken by helicopter to a nearby hospital, where emergency surgery was performed and his parents were told that the bones in his leg had been shattered. The doctors were unsure if Clark’s leg could be saved.

An attempt to restore blood flow to Clark’s leg was unsuccessful. He needed an above-the-knee amputation, which was scheduled in the days that followed. Additionally, he had landed in murky water, causing an infection in his leg, which required a vacuum-assisted closure of the wound, also called a wound VAC, and a three-week stay at the hospital.

While Clark’s initial surgical and medical needs were taken care of, his family knew they needed to find a hospital for long-term care and rehabilitation. A friend from school introduced Clark’s parents to a Shriner who was connected with Shriners Hospitals for Children-Chicago. The family contacted the hospital, and Clark became a patient.

Clark and his parents made their first trip to the Chicago Shriners Hospital in January 2018 and saw Lee Alkureishi, M.D., a pediatric plastic surgeon. Dr. Alkureishi removed the wound VAC and performed surgery to close the injury. Clark also began having daily sessions with Ashley Umali, an occupational therapist at the hospital.

Clark went home from the Chicago Shriners Hospital at the end of January, allowing time for his wounds to heal. Through the hospital’s Pediatric Orthotic and Prosthetic Services (POPS) program, Clark was fitted for a prosthetic leg in mid-February. He was given a pair of crutches and learned to walk both with and without his prosthetic leg, using the crutches for support. “The doctors, nurses, therapists—the whole team at the Chicago Shriners Hospital—has been incredible to our family. We know we’re getting great care here, and that means the world,” said Clark’s mom, Katy.

After receiving his new leg, Clark returned home and began adjusting to his “new normal.” Since then, he has learned to walk without the aid of crutches. He continues to participate in weightlifting and training with his high school soccer team.

“Clark has also gotten involved with the Challenged Athletes Foundation and was actually the recipient of a donation running foot, which is rare,” India Jacobson, a certified prosthetist at Shriners Hospitals for Children-Chicago, said. “He has been to multiple running clinics, one in Ft. Wayne and one in San Diego.” Jacobson attended the running clinic in Indiana to help fit the running foot for Clark. Just this month he also received a prosthetic running knee from the foundation in a special holiday surprise at the Chicago Shriners Hospital.

Clark’s goal is to play soccer with his team by his senior year next fall. “Clark is a great kid with great determination,” said Umali, who continues to work with him. “All of us at Shriners Hospitals look forward to watching him excel with his new leg and to seeing where the future takes him.”

About Shriners Hospitals for Children — Chicago

Visit shrinerschicago.org for more information.Shriners Hospitals for Children — Chicago is changing lives every day through innovative pediatric specialty care, world-class research and outstanding medical education. The Chicago Shriners Hospital provides advanced care for children with orthopaedic conditions, rehabilitation and spinal cord injury services, cleft lip and palate and pediatric plastic surgery. Shriners Hospitals for Children is a 501(c)(3) nonprofit organization and relies on the generosity of donors. All donations are tax deductible to the fullest extent permitted by law. To make an appointment at the Chicago Shriners Hospital or to schedule an appointment, please call 773-385-KIDS (5437).

From special museum exhibits to our favorite hiking spots, get ready to have the best Spring Break ever with these fun activities for kids.
Read more
At Home