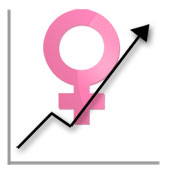 Children born to older women are more likely to develop autism, regardless of the father’s age, according to a new large-scale study.

An audio interview with Dr. Scott Hunter, an autism expert at the University of Chicago Comer Children’s Hospital, about the impact of the study and what it means for older parents going forward.

“When we really went in and took a closer look at the numbers, the pattern was very, very clear,” says Janie Shelton, the study’s lead author.

That’s more bad news for older moms, whose babies are already at higher risk for Down syndrome, stillbirths, placental problems and other complications.

SOURCE: University of California at Davis

“As cells age, they become more vulnerable to breaks and changes” that can cause developmental disorders across the board, says Dr. Scott Hunter, a pediatric neurolopsychogist and autism expert at the University of Chicago Comer Children’s Hospital.

The link between advanced parental age and autism has been well documented, but researchers have not known- until now – whether the father’s or mother’s age was a bigger factor. This study found that the father’s age only played a role when the mother was relatively young, usually under 30.

The study reinforces a strong in utero component to autism, which in recent years has been blamed – mostly in unsubstantiated claims from advocacy groups – on environmental toxins ranging from heavy metals to vaccines. Autism tends to run in families, and doctors have identified some chromosomal anomalies that may be associated with an increased risk.

“What we do know is that autism spectrum disorders are genetic, meaning that there is something different about the way that the brain has been told to form,” Hunter says.

That begins very early in development, he says, and “ultimately, the pathways that would, in a more typically developing individual, lead to more social understanding, the ability to regulate and to engage with the environment, that doesn’t happen as readily.”

Shelton says the study doesn’t rule out an environmental theory, either. But it switches the focus from the toxins encountered by babies to those that accumulate in their parents’ cells over time.

“It may be that a 40-year-old woman’s cells have accumulated more damage than a 25-year-old woman’s,” Shelton says. “We have to look at the entire spectrum, from just before conception to first year of the child’s life. There’s a lot going on.”

With women starting families later, studies like these are more significant than ever. The average age of a first-time mother has risen by about four years since 1970 and women over 35 now account for more than 15 percent of births, according to the National Center for Health Statistics.