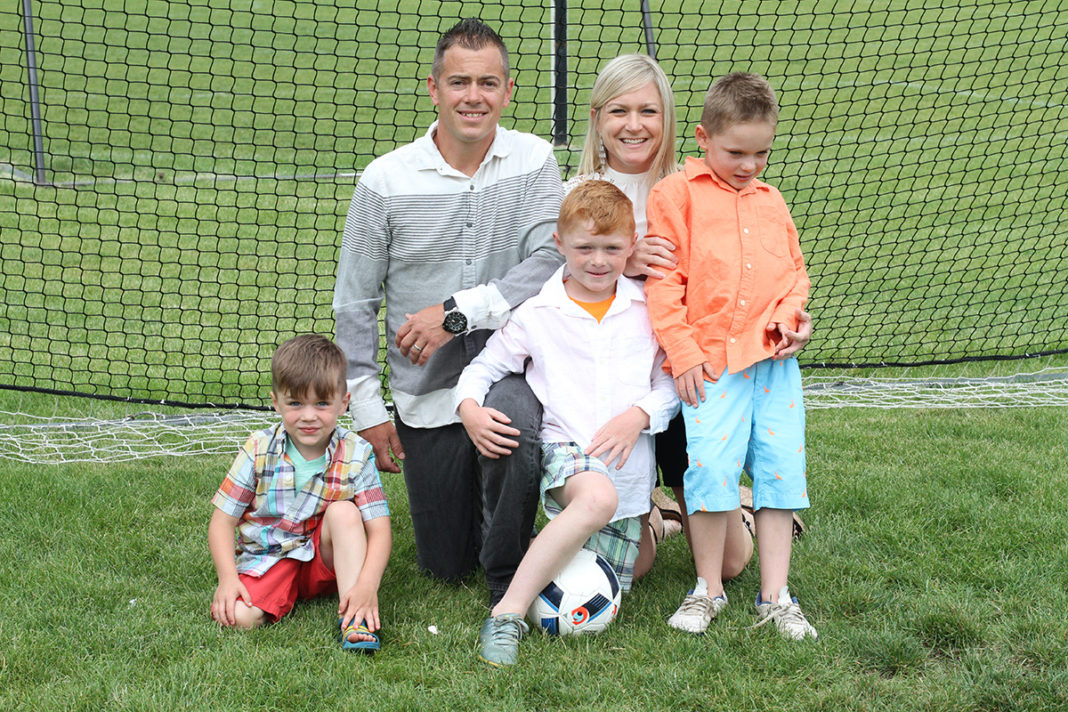 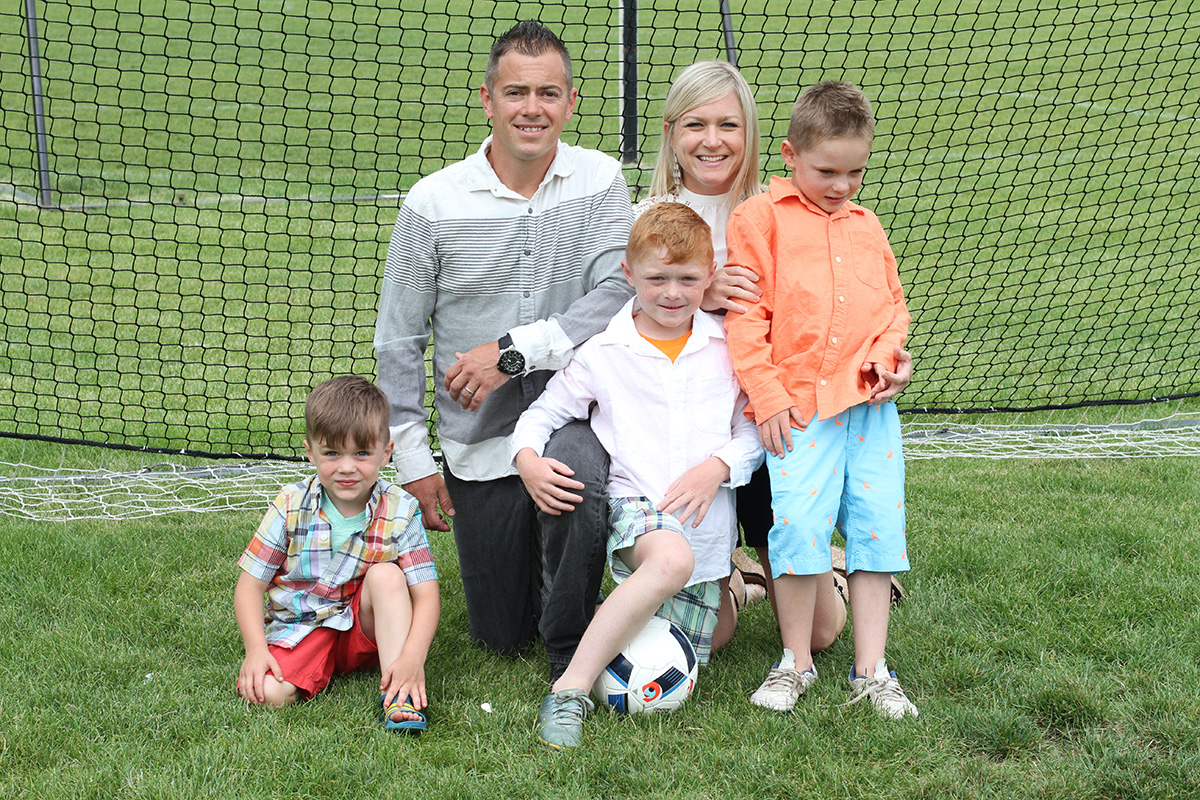 Dylan and Liam Healey play barefoot in the sand at Kelly Park in Wheaton, looking like any other smudge-faced kids.

A special pair of twins

documentary about Liam and Dylan at www.youtube.com/watch?v=m7JnD7tISII

The 8-year-old shadows of each other, however, have a special bond that transcends brotherhood and even the fact that they’re fraternal twins. Dylan has autism. He struggles to speak and lacks age-appropriate social skills. Liam acts as normal as normal can be, and readily talks for both of them.

“We have ways of talking to each other,” Liam says matter-of-factly.

For these brothers, this bond dates back to their first memories, first moments together, first steps, words and laughs. They’ve developed a profound connection, one that likely will last the rest of their lives.

“We are so glad that Dylan and Liam have each other,” says their mother, Amy Healey. “They have always been close, even though they have different interests and cannot talk to each other like other siblings would.”

The boys communicate with each other through wrestling, tickling and hugging.

“And through our iPad,” Liam adds.

Dylan points to pictures on his iPad and Liam springs into action. A picture of a garage prompts Liam to open the garage door for Dylan so they can ride their bikes. Still, Liam knows that Dylan can’t ride on his own.

“Sometimes he escapes,” Liam says, meaning that Dylan can easily wander away.

The boys’ father, Kevin, is convinced that Dylan, who he calls “Dilly,” will never wander away very far from Liam.

“Liam’s presence helps calm him even if he doesn’t say a word about it,” Kevin says. “Yes, he can barely talk, but he finds ways to communicate enough to get what he is looking for. And he smiles and laughs as much as the rest of us.”

At the park, Liam and Dylan spin in circles on the playground equipment, Liam on Dylan’s lap.

Dylan also likes to show off his playground talents on the monkey bars. He’s taught Liam as much about life as Liam has taught him, simply in a different way.

“Liam is lucky to have Dylan as a twin brother,” their mother says. “Dylan has taught Liam patience, compassion and acceptance. Dylan and Liam are both so patient with each other to the point I can hardly recall a time when they got angry with each other.”

Amy and Kevin also have a younger son, Grayson, 4.

“All three of my boys have sweet, sensitive, sympathetic souls and, for that, we are very proud,” Amy says.

The Healeys have lived in Chicago’s suburbs all their lives. Amy is a veterinarian, Kevin a soccer coach and stay-at-home father.

“We were blessed to find out we were having twins, and that their birthdate would be on St. Patrick’s Day,” Amy says, noting Kevin’s Irish ancestry.

Kevin, who’s very athletic, envisioned himself and his two sons playing sports together as they got older. “Little did I know that only one of them would be a typical athlete, and the most impressive strength they would display would be of the mind and heart,” Kevin says.

Amy’s pregnancy and delivery went off without any problems, and the twins’ development was on track during their first year. At 15 months old, the couple began worrying that Dylan was not yet talking. He also showed other curious habits, with more rigid fixated behavior than Liam and other toddlers his age.

“He learned to say words, but then he lost them,” Amy recalls.

At 3, Dylan was diagnosed with autism.

“Dylan’s biggest challenge is still his verbal communication,” Amy says before Dylan catches her attention on the playground.

“Dylan! Dylan! Get down from there!” she yells to him before completing her thought.

“He has verbal apraxia, so he uses verbal approximations to express himself,” she says.

At his school, Dylan uses an iPad to help support his verbal skills. At home, his parents can usually understand him, sometimes with Liam’s help.

“Liam and Dylan have an indescribable bond,” says Sarah Taschetta, the 18-year-old caregiver for Dylan who came into his life a couple of years ago. “They will grow up on different paths socially and educationally but, at the end of the day, they will always wrestle before bed.”

“Everyone says how Dylan is lucky to have his twin, but I believe Liam is just as lucky,” says Taschetta, who lives in nearby Winfield. “He will grow up to be the most loving, compassionate and patient young man. He gets to see the world through the eyes of opportunity, as siblings of special needs children often do.”

Taschetta found Dylan and his family through Care.com. She initially applied to help the family only once or twice a week over a summer. But Dylan stole her heart and those visits became more frequent.

So much so that, in May, she created a four-minute video of the twins’ unique relationship.

“When I sat down with Liam to film my project, it was amazing to see someone so young put his acceptance and love for his brother into words at the mere age of 8,” says Taschetta, who will be attending Benedictine University to earn a degree in secondary special education.

“My short film was going to be about nonverbal communication and autism, but … I knew these boys were too special to settle on a simple topic.”

In the poignant video, Taschetta cites data stating 40 percent of people with autism are not able to speak.

“Not being able to speak is not the same as not having anything to say,” she says in the video. “A special individual with autism taught me that love needs no words.”

Individualism is key with autism, as the video points out with clever graphics.

According to the Centers for Disease Control and Prevention, about 1 in 68 children have been identified with autism spectrum disorder, totaling roughly 3.5 million individuals in this country. It is approximately 4.5 times more common among boys (1 in 42) than among girls (1 in 189), CDC data suggests.

CDC-supported studies show that, among identical twins, if one child has ASD, then the other is more likely to have it.

The Healeys are well versed on such statistics and hindsight probabilities, yet they instead focus on Dylan and Liam’s gifted relationship and their future together.

“Every family has some sort of challenge,” Amy reasons while watching her three boys play together. “But we have high hopes for Dylan, who’s a smart, strong, sweet and affectionate boy.”

Taschetta adds, “Dylan will have his own guardian angel, best friend and bodyguard for the rest of his life. I would love to be there when the Healey twins sit together in cap and gowns at their high school graduation.”

In her video, she shows Dylan and Liam playfully wrestling in bed.

“Does Dylan love you?” she asks Liam.

“Yes, he totally does,” Liam replies.

“Does he tell you he loves you?” she asks.

“In special words,” he replies with a nod. “By hugging me. And wrestling with me.”

Taschetta asks, “Is there anything you would change about Dylan?”

Liam shakes his head no. “I want Dylan to stay just the way he is.”