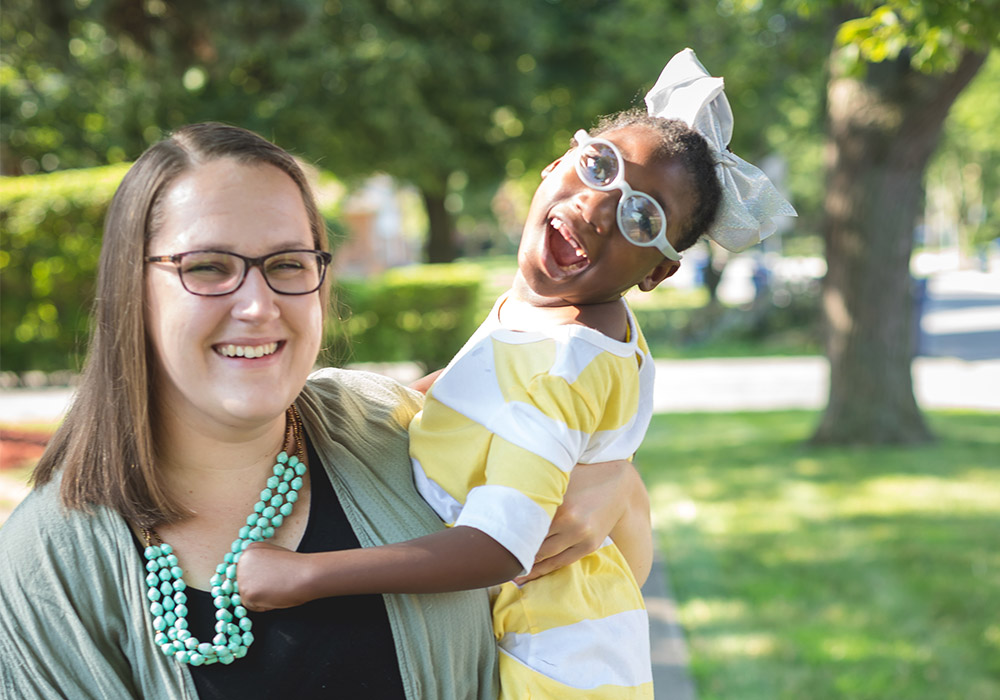 The moment Rebecca Kuntz saw twins Ellie and Prince she remembers thinking they were the missing pieces of her life she didn’t even know she was missing.

Critically ill, doctors gave the orphaned pair only a 1 percent chance of survival. Undeterred, Kuntz knew she was meant to be their mom.

Tell us about your motherhood journey?

My motherhood journey has been anything but ordinary to say the least. When I was younger I imagined myself following the American Dream path: college, career, marriage, purchasing a house and then children. Never in a million years did I expect to travel to Ghana, West Africa, at 18, spend six years there and return to America at 24 being a single parent to an adopted child with disabilities. This is not the path I envisioned—it is infinitely better, greater and more joyous than I could ever have imagined.

While living in Ghana working with various nonprofits I was contacted regarding a heartbreaking situation that left a set of “underdeveloped” twins orphaned. I worked with my staff to arrange for them to be brought to a local foster home where they could have round-the-clock care.

They fought hard to get stronger while I worked on the legal paperwork to gain custody of them. Tragically, Prince passed away after their first birthday, mere weeks before my court date to be granted custody. When I got custody of Ellie she was 16 months old, weighed 5 pounds and was very, very sick. For months I stayed up all night with her to give medication, fluids, and feedings and slowly she grew and became healthier.

It is hard to believe that she just turned 6 and runs in her walker, loves dancing to “Frozen,” knows a long list of facts about penguins, and has many friends whom she adores. She is my miracle through and through.

What was it like finally knowing that Ellie was going to be officially yours?

Ellie’s adoption day was the best day of my life thus far. I held Ellie in my arms as a judge in a tiny courtroom in Accra, Ghana, stated “she is yours and you are hers, forever, as if she were born to you.” I started crying as it was the moment I had been waiting and fighting for for over three years. I always knew Ellie was my daughter, but having it legalized and validated meant we were one step closer to going home to America.

If I knew then what I know now, going through 3.5 years of immense hardship, struggle and opposition to go through the process of fostering and adopting her, I would do it all again in a heartbeat. Ellie is worth it all, being her mom is the greatest honor in the world, and watching her thrive is my biggest joy.

Single parenting can be hard. What has helped you always push through?

I always say “it takes a village to raise an Ellie,” because truly, it does. On any given week I work with, or Ellie is seen by: at least one doctor (sometimes three to four), 5-10 physical & occupational & speech therapists, nurses, paraprofessionals, bus drivers, teachers, schedulers, equipment vendors, care coordinators, the list goes on and on. Without these people on Team Ellie, our life would not be possible. Personally, Ellie and I have been blessed with an incredible group of friends, most of whom also have adopted children with disabilities. We often come together and tag team the tasks at hand. …This rag tag village is how we survive. Without these friends, single parenting would be very difficult, and definitely a lot less fun.

Can you tell us what a day is like for a parent with a child who has special needs?

My day-to-day life with Ellie is pretty typical for a 6-year-old…we just do things a little differently. Ellie is just like any other kid. She has her favorite movies and she still gets timeouts if she has an attitude, she loves to do adventurous things like go on roller coasters and ride her bike, she has lots of friends, and she always tries to get me to allow her to stay up late. Our family motto is “adapt and conquer.” Ellie wanted to ski, so I found an adaptive ski program that she could participate in. Ellie wanted to swim, so I researched and found a swim float that can hold her up. Ellie loves penguins, so I booked a penguin encounter at the local zoo. There is nothing Ellie can’t do! She does not let her physical disability hold her back in the slightest and she sees herself like any other 6-year-old.

Certainly, there are extra things that I have to do for Ellie that other parents don’t do like GTube changes, purchasing expensive adaptive equipment, lifting her in and out of bed, standers and walkers, hundreds of hours of therapy per year, but we do not dwell on these things. They are simply part of our life, but they are not our whole life.

What has become your platform?

Through working at a high school’s student television station, I fell in love with documentary genre. I not only learned the technical aspects of filming and editing, but how to tell my own story, as well as empower others to tell theirs. On my first trip to Ghana I started a blog to keep friends and family updated, but it quickly gained traction and tens of thousands all over the world became interested in my work and life in Ghana. When Ellie came along I started sharing about our life, travels and journey to adoption. It is so heartwarming to get messages from people saying how even just Ellie’s smile has brightened their day.

How can we get involved? 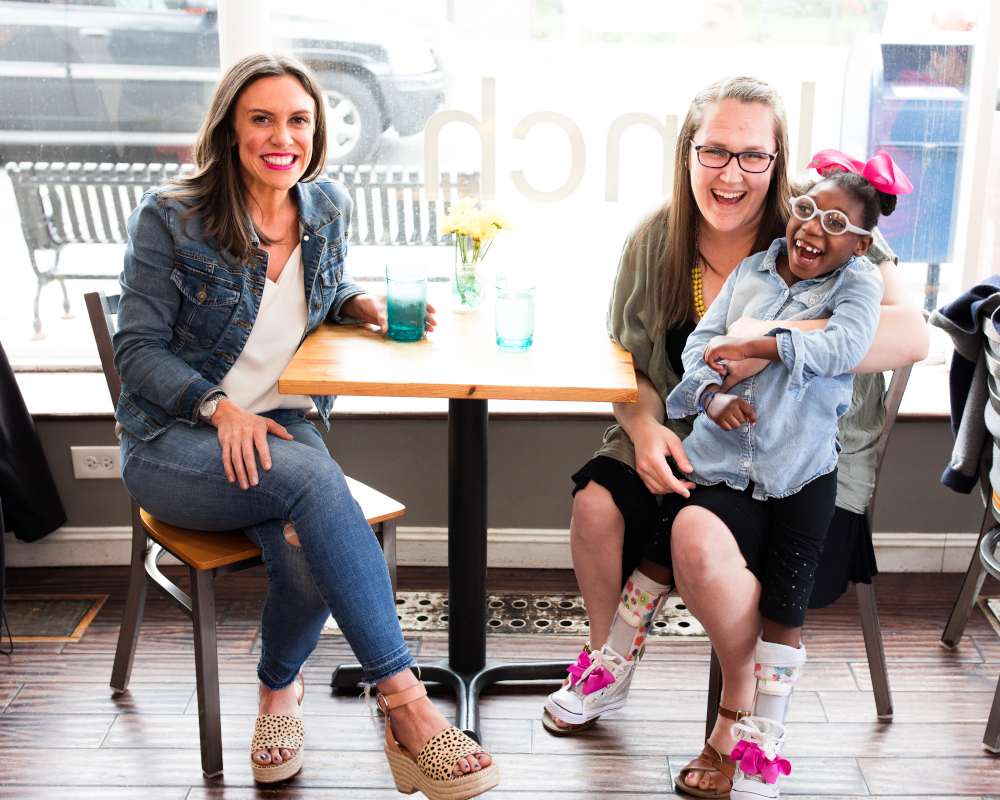 Learn about more Parents with a Platform and inspirational interviews, watch The Whitney Reynolds Show Mondays at 6:30 p.m. on Lakeshore PBS. The show featuring Rebecca and Ellie will air Nov. 11.

This article originally appeared in the September 2019 issue of Chicago Parent. Read the rest of the issue.