The Daily Struggle with Autism Is Real 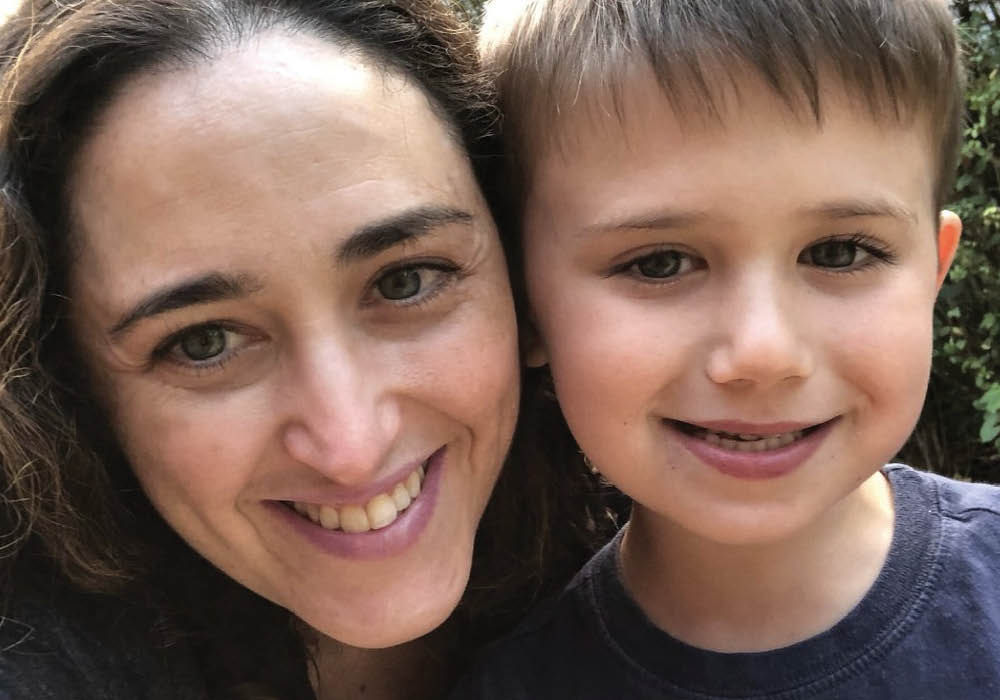 I’m no longer embarrassed by my kid. I admit, there was a time, not too long ago, where I was embarrassed. Woefully. Painfully embarrassed.

I think it stemmed from not understanding his behaviors and thinking that others would judge me as a mom when he was acting out.

And then there’s the stimming.

Jackson stims with hand movements, visually with his eyes and verbally with sounds. The verbal stim is usually an “eeeee” sound or a high-pitched “aaaahhhh.” They happen automatically. They happen often. They happen without warning. They are never quiet.

When he was a baby, I had no clue his rocking on all fours, his mouth noises or his obsession with ceiling fans were clues into what was happening with him. I thought it was totally normal baby behavior.

My first clue into something amiss began with what I wryly refer to as “The Bagel Incident.”

Jackson was about 15 months old when we went to lunch at a deli in our neighborhood. We were a large group—my four nephews, my brother and sister-in-law, my parents, Jackson and me.

It’s one of those restaurants where you order at the counter, grab a table number sign and then find somewhere to sit. It was pretty busy since it was lunchtime. The space has tall ceilings with ceiling fans and fluorescent lights. The floor is a linoleum tile. It’s a standard looking deli/restaurant.

Jackson looked up and was totally enthralled by the ceiling fans. He was hyper-focused and excited by them and started to verbally stim a high-pitched sound that was, yes, loud. But he was not crying. He was not even upset. He was excited and fascinated and his way of expressing it was through sound.

We were mostly finished with our meal when an older woman walked up to us. My mom was holding Jackson and I was trying to finish my meal.

I heard the woman say, “It isn’t fair. You shouldn’t bring him.”

That’s when I snapped to attention.

She looked at me and said, “Is this your child?”

She then gets a sympathetic look on her face, places her hand on my arm and tells me, “Honey, you cannot bring this child out. He ruined 50 people’s lunch today. You have to control him or leave him home. It’s unfair.”

I think I mumbled out, “What? Are you serious?”

She continued, “Honey, I’m sure you didn’t intend it, but he ruined our lunch. He’s just not equipped to be in a public place like this.”

I sputtered, “Th-this is a DELI. This isn’t some nice restaurant with tablecloths and…”

I trail off and my mom intervenes and says, “OK! Thank you. Goodbye.”

But I’m feeling stifled and held back. I’m unsure how to address this. I feel my face get hot and tears stinging and I’m looking around and realizing I hadn’t noticed anything or anyone looking at us. I was just living in the moment with my kid and my family. I wasn’t aware that he might be causing issues.

At that moment I was both angry at this woman and deeply ashamed at my parenting skills. Why was this so easy for others and just didn’t come naturally to me at all! What a horrible person I was to not notice my son was disrupting people. And what a wretched woman to come POINT THAT OUT TO ME and shame me as a mother.

I was chock full of emotions and I had nowhere to put it.

So, I did 100 percent the wrong things: I stopped taking him to busy restaurants. I would immediately remove him from a place if he started verbally stimming and apologize profusely for his behavior.

I started getting frustrated with Jackson and telling him to stop this behavior (and not giving him anything else to DO). It was messy.

Once we got the diagnosis and I learned about stimming and I learned that I was, essentially, asking him to stop something but not helping him replace the stimming behavior with something more appropriate, thereby creating even more anxiety for him, I felt even more ashamed.

I should have stood up for him. I should have advocated for him. Granted, I didn’t know his diagnosis, but I still should not have let that woman say such shaming things to me about my kid.

Today, I am no longer embarrassed or ashamed by my kid. He’s working, learning and growing. And so am I. We live in a neurotypical world that is not set up for disabled people. While “autism awareness” is a political phrase being spread around like glitter, equity and inclusion for people with autism is still a daily struggle.

Sure, there are some battles not worth fighting. But my kid deserves to see me stand up for him when he is being misunderstood, mocked or mistreated. I will model standing up for him until he can do it for himself. Because being autistic is nothing to be ashamed of.

Ali Goodman is a professional actor, writer, mom of two boys and podcast host of the Acting Up With Ali Goodman Podcast. Follow her shenanigans on Facebook and Instagram @ActingUpWithAliGoodman or on Twitter at @Ali_Goodman