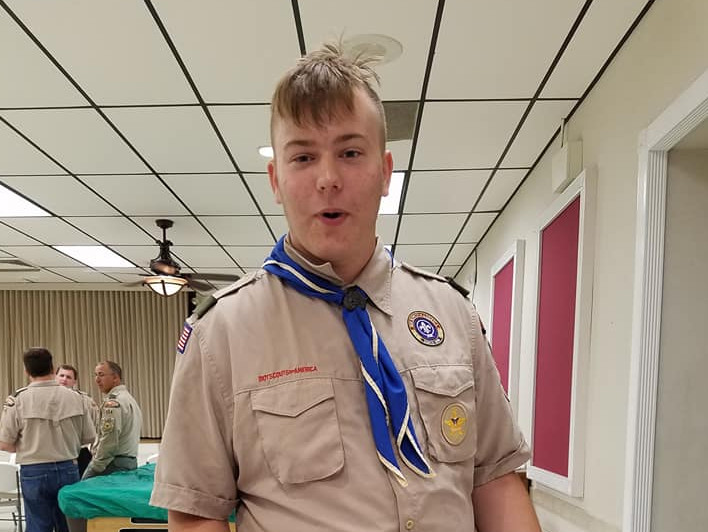 AJ Gockenbach is doing something very few boys ever do—he’s becoming an Eagle Scout. But making his achievement even more unique, AJ has autism.

AJ, along with mom Katie, family, friends and fellow scouts, will spend an upcoming weekend on his Eagle Scout Service Project repairing and beautifying a 100-foot-long bridge at JCYS’s Camp Red Leaf in Ingleside, the only American Camp Association accredited camp serving kids and adults with disabilities in metropolitan Chicago. AJ, now 17, has attended Camp Red Leaf since he was 8.

“He always wanted to do his project to give back,” she says. Giving back is so typical of who AJ is. “ … He’s a good kid, loveable, caring. He’ll help anybody.”

Sticking with scouts all these years hasn’t been easy, with plenty of ups and downs, she says, but AJ kept his eye on the big picture and was determined to make Eagle Scout.

“He’s always stuck with it, no matter what,” she says.

Now that he has reached Eagle Scout, AJ isn’t done with scouting. He’s looking into being part of the Boy Scouts Venturing program, allowing him to do more high-adventure scouting until he turns 21.

Plus some tips on how to get your kids excited about the task.
Read more
Indoors