Planning Your IEPs During COVID 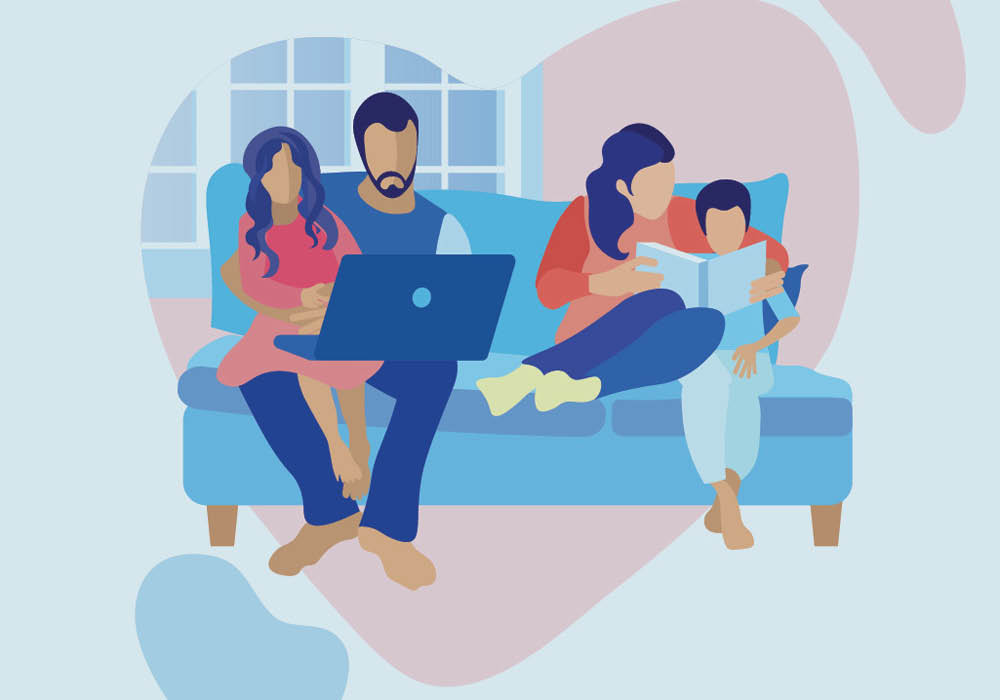 Kimi Matsumura remembers the first time she attempted to get an Individual Education Plan for her daughter, Mei.

Mei, then 3, had recently aged out of Early Intervention, a federal program under the Individuals with Disabilities Education Act geared towards infants and toddlers who have or have a high probability of developmental delays.

Matsumura, the founder and president of Chicago Autism Network, approached Chicago Public Schools and was told her daughter would need a diagnostic test to see if she qualified for Illinois’ Early Childhood Special Education services, which helps children ages 3 to 5. If she qualified, she would receive an IEP, a written legal document used for school-aged children (up through the age of 22 in Illinois) to define and address a child’s specific disabilities and how needs for learning will be addressed.

“CPS told me my daughter literally scored one point too high to qualify,” says Matsumura, who eventually got her daughter the services she needs, but not without a lot of work.

Since the pandemic, Matt Cohen, a special education, disability rights and human services lawyer in Chicago, says many parents are discovering their child can do a lot more than their school recognized, or that they are struggling with things the schools said were OK.

Parents need to document and track the changes they are noticing to be used in IEP meetings.

“This is a unique moment in special education history because parents will have more data than schools will,” Cohen says. “That puts parents in a position of strength.”

Parents also need to be prepared to escalate problems and advocate for their children even more than before.

“A huge concern, and I think it’s going to blow up in the next couple months, is districts being unable to track goals or provide progress updates on goals,” says Judy Ruffulo, an advocate with Breaking Autism, a special education advocacy organization. “I’ve seen hundreds of progress reports due to COVID-19 or unable to take data due to online learning.”

That’s left a lot of students vulnerable to regressing instead of making progress with their IEPs.

“Parents need to ask the school why there isn’t data and say ‘There’s no excuse to not have data with online learning systems tracking what students are doing, teacher and parent observations should be used as data,’” says Mo Buti, special education advocate.

Illinois typically follows a qualitative process, not a quantitative one, which means if a student missed 60 minutes of speech there won’t be a minute-for-minute ability to recoup services.

Parents can request compensatory services by asking: What does the student need to be made whole, to help get the child into the position they should have been in, had required IEP services been provided, says Heather Eckner, a special education advocate.

Parents can also file a complaint with the state board of education, Office of Civil Rights or work with an advocate or an attorney.

For many families, like Evelyn Perez-Horita, a mother of an 11-year-old, nonverbal daughter, Lia, who has severe intellectual disabilities, autism and sensory processing disorder, it’s been hard to watch what the pandemic has done to their children.

“We’ve gotten zero therapy since COVID started,” says Perez-Horita, co-founder of a Facebook group LULA—Latinas United in Love for Autism. “She has regressed so much and there’s only so much we can do as parents.”

Perez-Horita says she wants a remote learning plan in place to help her daughter achieve IEP goals that include socialization and independent living. She’s also requested Chicago Public Schools host an in-depth listening tour, in the form of multiple town halls to better understand students who have developmental differences.

“You’ve got to learn the basics of the law so you’re not railroaded and ran over,” say Misty Kluck, a mother who has a daughter with Down syndrome.

After a parent provides written consent and the district reviews a parent’s proof of residency — usually done in the form of a driver’s license and a utility bill — the district will typically schedule a formal school evaluation or an independent education evaluation. It’s proctored at public expense, so the school gets control over the type of evaluation.

During the pandemic, many districts are conducting these evaluations via Zoom to help determine eligibility.

Parents can also request a private outside evaluation, from a developmental pediatrician, neuropsychologist or another expert, usually paid for at the parents’ expense. Although schools must consider the recommendations of an outside evaluation, they don’t have to accept them.

For first timers, it’s like being dropped in a foreign country and not knowing the language or how you got there or what’s going to happen, Ruffulo says.

“If that first IEP isn’t good, if it isn’t appropriate and doesn’t cover all the services a child needs and it’s not measurable, it grows into this tumbleweed that just gets bigger and bigger,” Ruffulo says. “Four years down the road it’s a big mess and really hard to untangle.”

It takes hard work to get a good IEP, as Matsumura discovered.

After Mei was diagnosed with autism at age 3 ½, she went back to CPS to get an IEP.

“I walked in and didn’t know what to expect,” Matsumura says. “They asked a few general questions about her. I told them, ‘She’s really high functioning. What do you think she needs?’”

Matsumura walked out with a 17-page IEP detailing how her daughter would get some speech therapy and a few classroom accommodations. At first, Matsumura was excited. She felt grateful the team of educators thought her daughter could function in a general education classroom, she says.

“By the time I got home, reality sunk in and I realize that it just wasn’t sufficient for what she would need to excel and succeed in a classroom,” Matsumura says.

Without a strong IEP in place, she opted to send Mei to Blue Bird Day, a therapeutic school for kindergarten.

The next year, Matsumura took a totally different approach. “Instead of walking in and saying ‘What will you give me?’ I went in with firm goals and said, ‘This is what I want,’” she says.

Prior to the IEP meeting, Matsumura spoke with Buti, who encouraged her to get letters written from her daughter’s therapists, therapeutic teacher at Blue Bird Day and Board Certified Behavior Analyst that gave firm examples of her daughter’s strengths and deficits to show why she needed certain accommodations and modifications to learn.

Then, Matsumura began preparing like a lawyer for a courtroom. Her philosophy: gather as much supporting evidence as possible and have data to substantiate where her daughter struggled and needed more support. “The more you have in your arsenal the better,” she says.

Matsumura walked out of the meeting that day with a 40-page IEP that included specific goals such as having a shared aid — later upgraded to a dedicated paraprofessional — and a special education teacher in the room for significantly more hours. Her daughter was also allowed to stand, sit or lay on the floor to complete her work and use a rubber kick band on her chair.

“It was a completely different IEP and set up my daughter for success,” Matsumura says.

“Most parents and private clinicians ask, ‘What’s best for the child,’” Cohen says. “But that’s not a good way to frame it because schools are not obligated to do what’s best. Only what is appropriate and necessary.”

Think of it like a car, Cohen says. You can’t ask for a Cadillac, he says, but you can expect a Buick and want to make sure there’s an engine, four wheels and enough gas in the car to get you were you want to go.

That means parents need to be able to describe and document why they are asking for things that are a necessity rather than just desirable, Cohen says. That typically requires showing a lot of evidence to illustrate what the district is currently doing isn’t working and the program you are seeking, such as having a private tutor or therapist, has been successful.

Parents may need to seek private clinicians who can make recommendations specifically about your child or based on their general experience.

With a two-year statute of limitations, Ruffulo says parents only have a limited period of time to file IEP due process claim to resolve disputes with the school district, which can be done through mediation, where the parent and school district meets with a third party mediator. If the problems can’t be resolved through mediation, a parent can request a due process hearing, where witnesses can testify before a hearing officer. Parents can appeal outcomes in state and federal courts.

“IEP meetings can be incredibly stressful,” says Laura Mraz, CEO and occupational therapist of Blue Bird Day and Eyas Landing. “Have notes and a list of key points you want to get across and have some goals set aside so you don’t walk away and say, ‘I didn’t get to say everything I wanted to say.’”

Chicago Parent Staff -
Have a spooktacular time with your family thanks to these local events.
Read more
Attractions