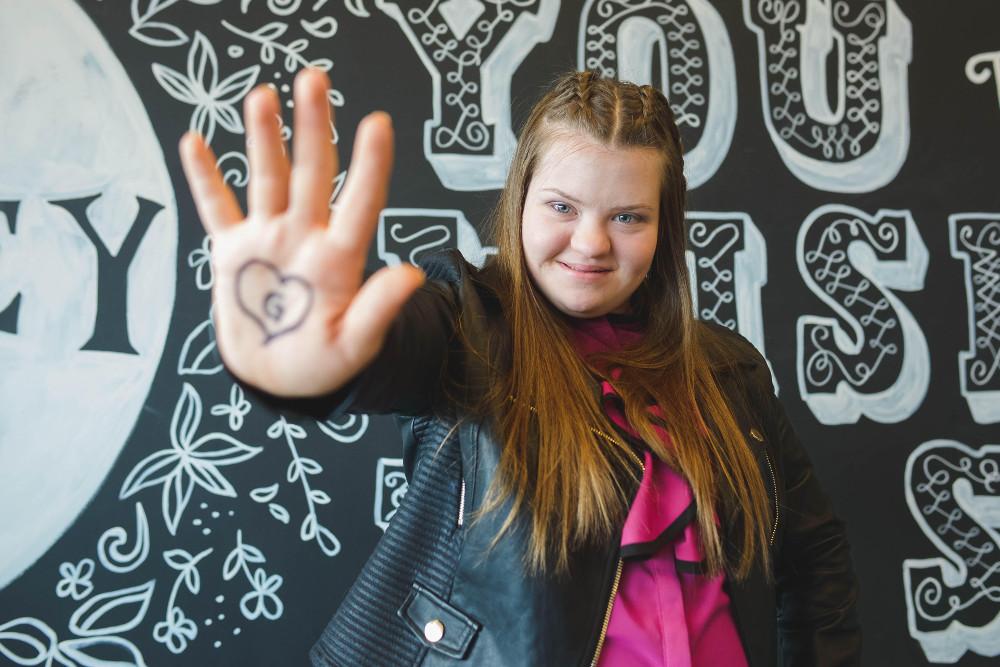 Seventeen-year-old GiGi Gianni is no stranger to making public appearances, having been featured on outlets such as The Today Show and CNN. But her biggest performance yet was on June 25 — 10 years in the making — when she fulfilled her lifelong dream and sang the national anthem at Wrigley Field in front of 37,000 Cubs fans (and Anthony Rizzo, her “crush”).

The junior at Barrington High School, who has Down syndrome, received a standing ovation, bringing many fans to tears.

“People with Down syndrome have hypotonia (low muscle tone), which makes it more difficult to speak and sing,” says GiGi’s mom, Nancy. “GiGi has spent years working on dictation, articulation and breathing, gearing up for that moment, and she did it with confidence, dignity and grace.”

The Playhouse is a special place,” says GiGi, whose favorite thing to do is to hold the babies that come in and take pictures with them.

When GiGi isn’t tutoring literacy and math or working out at the Playhouse, she travels with her mother, making frequent public appearances at Playhouse grand openings, conferences and book signings. She often refers to herself as “boss lady” and “the GiGi” and loves every minute of her role in the spotlight. Her favorite part about being on the road, “hands down” is ordering cheeseburgers and cheese fries from hotel room service.

GiGi also serves as the inspiration for a global social movement called #GenerationG, which aims to change the way the world views Down syndrome. #GenerationG asks people to commit to its pledge to Be Accepting, Be Generous, Be Kind. Through this movement, people are challenged to step outside their comfort zones to take actions to create lasting acceptance. Examples include sitting with a new friend at lunch, or giving an individual with a disability an employment opportunity.

“I want people to know that sometimes we [people with Down syndrome] need a little help, but we can do anything,” GiGi says.

As GiGi’s playhouse works to open pop-up models and collaborates with Microsoft to put together virtual programming for those with Down syndrome, GiGi hopes to attend the University of Kentucky and study journalism.

In the meantime, she’s enjoying spending her free time playing basketball for the Special Olympics of Illinois and Facetiming with her long-distance boyfriend, Sam. And of course, cheering on the Cubs.