Finding joy as we go along 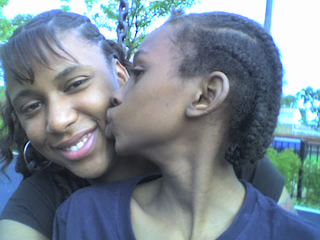 I was in the grocery store and an elderly lady asked if my son could do a favor for her. I said yes, although I wasn’t quite sure what the favor would be. It was an automatic response, not thinking that whatever she asked, he might not be able to do.

I guess I should have thought about it. She asked if he could tie her shoe for her. It seems like it wouldn’t be a big deal, except it was. See, at 10 years old, my autistic son can’t even tie his own shoes, let alone someone else’s.

Welcome to my world.

I can’t even count the number of times, or describe the way it feels, when I watch other children my son’s age do things that he can’t do. He can’t participate in a football or basketball game with his peers because he doesn’t correctly process or follow the rules. Instead, he’d rather make his own rules.

The same goes for video games. Sure he likes them, but he prefers randomly pushing the buttons, rather than understanding the concept and playing a game to try to win. His behavior is in many ways very different from other kids his age, and the older he gets, the wider the gap seems.

There are occasions when other children want to include him, and I’m grateful for those times. Once I have explained to them how he is different, they usually want to be helpful, or at the very least, understanding. They join him in his world instead of expecting him to do things their way. Sometimes, though, children have a hard time wrapping their mind around the fact that he doesn’t act like them, especially when he does things that invade their personal space.

I try to focus on the things that my child can do, rather than those things that make him different from society. It’s not always easy, but accepting and loving him for who he is means appreciating the gifts God has blessed him with. He is super-intelligent and his memory for the things that interest him is excellent.

Even though his thought process may be different from mine, he is great at figuring things out. He is very happy and full of energy, which wears me out sometimes, but I thank God he has the ability to walk, run and play. Even though he doesn’t really have conversations with me, he can talk. He can ask and answer some questions, and although sometimes it’s not easy for him, we can get through the basics.

There are times, though, like the day in the grocery store when he couldn’t tie the lady’s shoe or when I see other children playing together while he plays alone, that I get kind of sad. I think it’s natural as a parent to want to see our children function at the same level as their peers.

Of course we want to see them make friends and develop relationships, and it’s a hard pill to swallow when they can’t do that.

As he approaches his teenage years, I really don’t know what to expect. The thought of puberty scares me. However, I know I’m not the first parent to travel this path, and I won’t be the last.

I’m just bracing myself for the unknown, and finding the joy in it as we go along.

Childhood depression does occur. When parents and children are supported with relationship-based therapy, everyone benefits. Learn more.
Read more
Advice