Families struggle to get state-mandated insurance benefits for autism 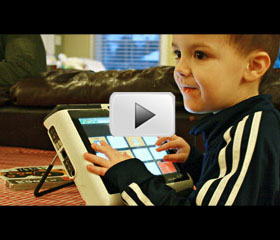 Just before Thanksgiving, Ember and Mike Burke faced the very real threat of stopping therapy and treatment for their 3-year-old son, Brendan, who has autism.

The Burkes’ insurance company, Blue Cross Blue Shield of Illinois, owed them nearly $4,000, and a company spokeswoman told the Park Ridge family the check wouldn’t come until well after the holidays, says Ember, who called back a few hours later, pleading with the company to expedite the process.

“I spoke to her on a real, personal level,” Ember says, asking her to do something, anything to help her son. The Monday after Thanksgiving, the Burkes received a check, allowing them to continue Brendan’s many therapies.

The Burkes may seem like a success story, and in many ways they are. But more than a year ago, Illinois passed a new law mandating increased insurance coverage under many plans for families with children with autism. The idea was to help families struggling to pay for the overwhelmingly expensive treatments and therapies.

Yet months after the law took effect, few families have had success claiming the mandated coverage from their insurance companies, according to Dr. Maureen Sweeney, who treats children with autism at her practice in Skokie.

Those who have been successful, such as the Burkes, have often faced frustration, inconsistency and endless phone calls and paperwork.

The law, which took effect Dec. 12, 2008, helps families by mandating coverage of up to $36,000 a year for the diagnosis and treatment of autism.

Because of the law, the Burkes say they have saved almost $2,000 a month. Any insurance policy issued, delivered or renewed after that date is required by law to include autism coverage. Prior to the law, according to Louis Pukelis, of the Illinois Department of Insurance, there was no state law requiring insurers and HMOs to provide coverage for autism specifically. Nearly 20 other states have insurance laws relating to autism coverage.

Even though they had to wait until June 2009 for the policy renewal that made the Illinois mandate apply to them, the law was a godsend for the Burkes.

Mike runs a plumbing company with a group insurance plan. Even though the Burkes qualified for the increased autism coverage under the new law, problems arose after they maxed out on their old insurance limit. Ember faxed copies of the therapy receipts to the insurance company, but the claims were denied, she says.

“Now what I’ve learned is that when you get denied, you don’t resubmit; you need to call them right away,” she says.

Those calls, however, led to even more frustration.

“Everything is just so inconsistent,” she says. “One person will tell you one thing and then a week later somebody will tell you the opposite.” One day, as she was going through claim after claim with an insurance company representative, she started sobbing.

“I finally just started crying and my 5-year-old goes, ‘Mommy, did you just get fired?'”

After months of dealing with seemingly endless stress and frustration, the Burkes finally began seeing rays of hope. Ember found an insurance representative who went above and beyond the call of duty to help her family. And she developed an extensive-but-helpful system to keep track of the mountains of claims paperwork.

She keeps all the related claims, receipts and reimbursements stapled together. Each claim is filled out and a copy of the claim and receipt is faxed to the insurance company. Ember then follows up to make sure the insurance company got the fax-even when she has received confirmation. She also keeps a checklist of every payment to keep track of reimbursements and check them off her list.

The file has grown to more than an inch thick since June. “I just knew I had to come up with some type of system to make sure we were getting back everything we had put in,” she says.

Between the paperwork and the constant phone calls to the insurance company, Ember estimates she spends up to four hours per week making sure they’ve been reimbursed. Recently, though, she says the process has become much smoother, and her claims are flowing through more regularly.

The Burkes, with their relatively happy ending, say they hope they can help others.

Very few families across Illinois have been successful claiming money under the law, even one year later, says Sweeney, who practices with Sweeney, Augustin and Associates in Skokie. She says the Burkes are the only family she knows of who have actually gotten more insurance money under the state mandate out of the more than 100 families in her practice.

Much of that has to do with the fact that the law has several loopholes. “There are a whole lot of exceptions right from the get-go,” Sweeney says.

Michael T. McRaith, director of the Illinois Department of Insurance, says the policy changes Illinois law, but it doesn’t overrule federal laws that may apply to some people. For instance, the law doesn’t apply to “self-insured, non-public employers,” self-insured union plans or insurance policies issued in other states.

“Illinois is engaged in a market-wide investigation into how the law is being used by companies and whether consumers are benefitting like the legislature envisioned,” McRaith says.

But that answer doesn’t satisfy Ember. “It might be a very fair excuse from their standpoint, but not for us,” she says. “We’re paying a lot for insurance.”