Should kids with special needs be disciplined? 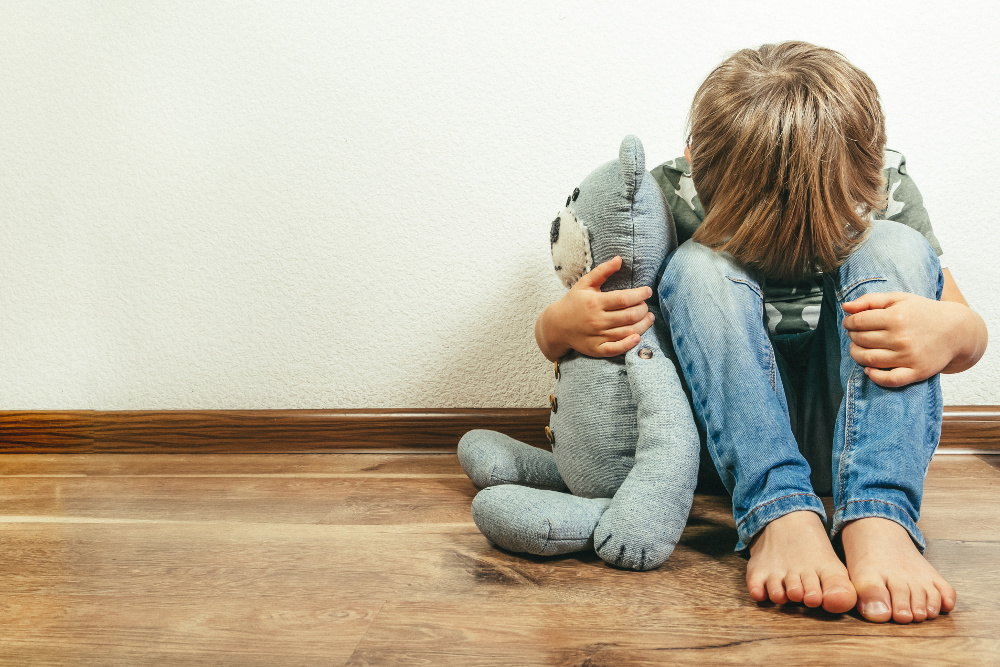 Katie and Brian Bartak are admittedly too lenient when it comes to disciplining their 5-year-old son, Jaxson.

“We try and treat him as an average 5-year-old. But with everything Jaxson has been through, due to his condition, my husband and I are more lenient with him,” Katie says.

Jaxson was born with a congenital heart defect due to a genetic disorder called 22q11.2 deletion syndrome, caused by the deletion of a piece of chromosome 22. Due to his condition, the dark-haired, bright-eyed boy from Orland Hills has developmental delays and special needs.

“He’s our only child so he is definitely more spoiled than we planned,” Katie says.

This challenging family dynamic is a familiar one with children with special needs, whose parents typically lean toward leniency in the disciplinarian department. Several factors can play a role, ranging from guilt and indecision to fear and self-blame. Should special needs kids be punished as often or as vigorously as kids without special needs? Does their medical condition or health problem allow them to repeatedly misbehave or get away with too much?

These are common questions for parents and guardians.

“It is important to keep in mind that children do not just misbehave,” says Jessica Schultz, a behavioral specialist at Easterseals DuPage & Fox Valley. “There is always a reason for a behavior, and it is important to look at the overall child and his or her development.”

Typically, when a child’s behavior appears aggressive or non-compliant, a skill or skill set is either delayed or missing. A key rule of thumb to counter such behavior is to think about teaching a replacement behavior.

“Consequences do not teach the child, but teaching a missing or delayed skill can be quite effective in reducing that behavior,” Schultz says. For example, a child with limited communication skills may engage in a behavior of aggressive hitting to obtain something, whether it’s a toy, a snack or a sibling’s attention. In this case, teaching the child a better way to communicate could be highly effective in reducing that behavior.

“A child who pushes other children on the playground would benefit from learning how to communicate better with peers and how to play appropriately,” Schultz says. “These are likely missing skills for this child, and teaching them with practice and consistency often reduces or even eliminates this behavior.”

The Bartaks consciously attempt to balance out each other’s disciplinary duties with Jaxson by being aware that if one of them allows a certain behavior, the other one shouldn’t do the same. Otherwise, their young son will not learn he is in the wrong.

“We try to stay on the same page because Jaxson certainly knows what he can and can’t get away with, like any kid, and he will use that to his advantage,” Katie says.

Jaxson is in a mainstream kindergarten class with a resource teacher, so he is routinely removed for occupational and speech therapy. Being in a school structure has heightened his awareness of behavioral boundaries. It has also heightened his parents’ awareness how they treat him in and out of their home.“

For instance, some self-help skills that he can do himself,” his mother says. “We do a lot for him because sometimes it’s just easier, and other times he knows he can get away with it. While at school, he does some of these things on his own.”

Rachel Schwartz, director of social services for JCC Chicago, reminds parents that there is no black-and-white, one-size-fits-all strategy when it comes to disciplining children. The key is to be consistent. Set expectations and be sure that a certain behavior repeatedly elicits a certain response.

“All children may appear to fight against rules and limits. But they desperately want and need those rules and limits to determine their proper behavior,” says Schwartz, a mother of three. “They thrive on routine predictability.”

“In the middle of a meltdown or a tantrum, kids can’t often be reached emotionally, so it’s those times before and after the meltdowns that matter,” Schwartz says.

It’s important to validate a child’s feelings even if you don’t agree with their related behavior. Acknowledge what they may want or need, or what they think they want or need. When possible, do this before disciplining your child so they feel empathetic responses as well as punitive actions.

Schwartz describes it as a “first” and “then” approach. For example, “First we’re going to understand your feelings, and then we’re going to deal with them.”

“Keep in mind that you can’t try a certain discipline strategy once or twice, and then give up on it. You need to give it more time. Be persistent,” she says.

Schultz, from Easterseals, adds, “Visual supports such as schedules and to-do lists are also highly effective in providing the necessary structure most children need. These types of supports also make a child’s day more predictable and often help children who have difficulty coping with change.”

It’s crucial to figure out the reason behind the child’s behavior and to teach a more appropriate way to get a need met, she notes. Catering to a child’s social or emotional wellbeing may hinge on meeting their basic needs. Maybe they’re hungry or tired or need a bathroom break. In these cases, no amount of discipline will help the situation.

“If it’s safe to do, it’s also perfectly OK to simply ignore the child’s behavior, and not to validate it with a reaction,” Schwartz says.

Or consider creating a calming area or a safe space in your home for such outbursts. Possibly with soothing sensory materials such as mood lighting, fluffy pillows or soft music. “Not in a punitive way, but in a positive way,” she says. “Remember that they’re watching and listening to everything we do as parents. We need to model our own behavior in proper relation to theirs.”

What’s the secret to igniting a love of learning in your child? An appropriate early learning environment offers many advantages of preschool, says an expert from Smart Love Preschool.
Read more
Outdoors