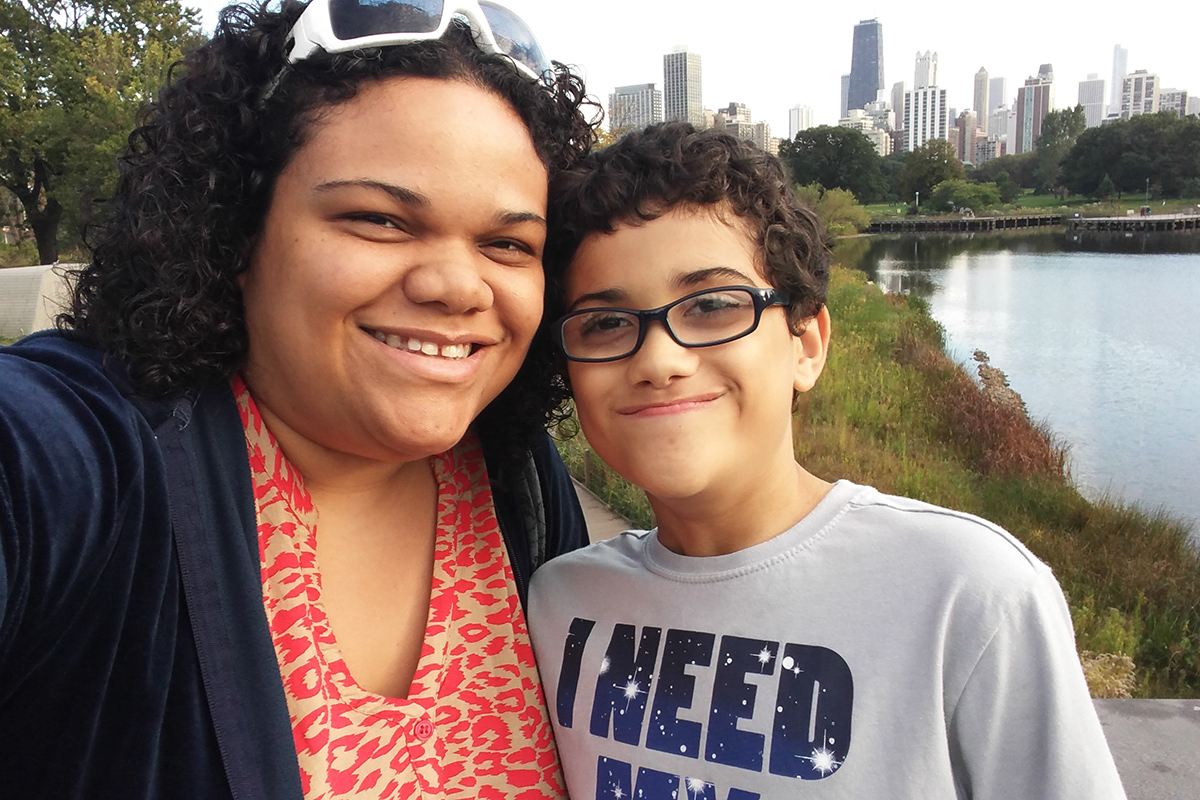 When Aiden Turner was born, his mother looked at his tiny face and sighed with relief.

His father and his older sister, Taylor, were born with a cleft palate, a deformity that occurs when the roof of the mouth doesn’t close completely as an infant is developing in the womb.

A genetics counselor warned Aiden’s mom, Tiffany Banks of Chicago, that Aiden had a 50 percent chance of developing a cleft palate. So Tiffany prepared herself for the worst.

But when Aiden was born, everything checked out. “We thought everything was fine,” she says.

Then the concerns began.

At 12 months old, he tried to say something, but words wouldn’t come.

“That’s when I knew: Something’s seriously wrong. And I started researching,” she says.

“It’s a tricky question because one of the things that makes understanding submucous cleft palate challenging is that it doesn’t always cause a functional impairment, and we don’t really know why that’s the case,” says Morgan, who works with children who have this condition.

“Often, children with submucous cleft palate aren’t diagnosed until they are 4, 5 or 6 years old.”

Submucous cleft palate easily can be treated with surgery and speech therapy. But getting to the point of diagnosis and treatment often is a frustrating journey for parents—and Aiden’s journey, even with a family history of cleft palate, was no exception.

Fighting to be heard

Tiffany’s research led her to believe Aiden had hidden cleft palate. But it took nearly three more years for her to find someone who took her concerns seriously.

When Aiden was 18 months old, an early intervention specialist suggested submucous cleft palate might be the cause of his difficulties in speaking. But an ear, nose and throat specialist said he “couldn’t make a judgment call,” Tiffany says, and recommended continued speech therapy.

And so it went, for nearly two more years. As Aiden continued speech therapy through early intervention—with limited results—Tiffany secured an appointment with a pediatric development center. At that time, his sounds were limited to those made with the letters m, n, h and w and to vowel sounds.

Specialists there determined Aiden spoke with just 20 percent intelligibility, “and that was just to me,” Tiffany says. They ruled out issues related to his mouth. Their advice: Continue speech therapy.

Meanwhile, Aiden became quiet and shy. When he chose to speak, it was usually to his mother.

He learned the basics of sign language and, when he aged out of early intervention and moved into a special education program, he received a tablet to help him communicate.

When an orthodontist who evaluated Aiden for an underbite told Tiffany he had a submucous cleft palate, Tiffany was livid.

“After all of those years of trying to get him diagnosed and knowing something was wrong, it made me so angry to think, ‘That’s what I tried to tell people last year.’” He referred Aiden to the cleft palate team of an academic medical center, but a speech pathologist on the team ruled out surgery and told them to continue speech therapy.

Then Tiffany’s mom saw an advertisement on TV about Shriners Hospital for Children’s cleft palate services.

What happened next changed everything.

The road to a cure

Nearly four years and more than 536 appointments after Aiden’s birth, his family finally had the answers.

At Shriners, the cleft palate team diagnosed Aiden with submucous cleft palate and placed him on a priority list for surgery.

Aiden didn’t comprehend what was about to take place. “He just knew that he liked their playroom,” Tiffany says.

The recovery was rough: soft foods only for the first month, with three months of therapy, three times a week. But the Shriners team was very good with Aiden, she says.

“I really thought he was never going to speak,” she says. “It was a horror story.”

Today, Aiden is 10 and in fourth grade. He loves soccer, football, baseball and running. His reading skills lag, but his math skills are on par with the average fourth-grader.

“Without that surgery, I don’t think that he would be speaking today and he would be stuck in the same place he was when he was 3,” she says.

“Trust your instincts,” she advises parents who suspect something is wrong but hit brick walls.