Balancing acts: Working moms dish on careers, kids and having it all 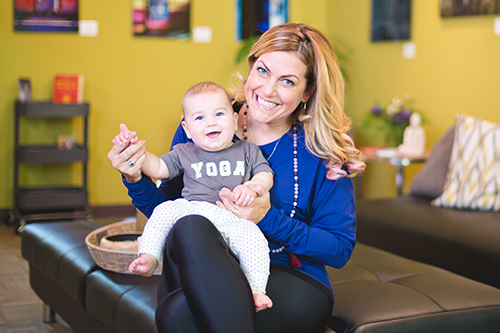 For you, what is the difference between being a first- and second-time mom?

I’ve actually enjoyed this the second time. … The fears are less. If there’s a little sickness or a little hiccup, I’ve been through it once already, so I know it’s going to be OK. … It’s always stressful to be pregnant. I guess when you’re older, there’s a little bit more to think about. But you’re also, hopefully, a little bit wiser and a little bit calmer. … [Now] it’s more complicated. There’s more scheduling logistics. But I would say there’s more happiness in my house. Everyone’s having more fun. … He’s a very jovial baby, and I think it’s because I’m a more relaxed mom.

How do you balance being a business owner and a mom of two?

[Parker] was six months when we opened [ZYG]. That was a lot. It was very intense. I was just trying so hard to keep both afloat. … I could work every single minute of every single day; there’s always marketing to do, there’s always some initiative to get more people in the door. But I’ve got to let it go because this is what’s most important right now. So I’m just learning how to turn off the work muscles.

Why is yoga such a good thing for new moms to do?

For an hour, for a couple of hours, it’s a perfect little escape to close your eyes, sweat, move a little bit. … It helps with body image and bouncing back physically. … Yoga makes the world a better place, it really does. We breed positivity here. So it’s making a difference a little at a time, not just for moms, but for everyone. We can have an influence on our own families and on the world.

Are there certain yoga principles you use in raising your boys?

There are yoga principles that I do teach to Parker and will teach to Pen. They’re called the yamas and niyamas. It’s basically a code for living life as a functioning, balanced, content person. These are hundreds of year old principles from ashtanga yoga. It’s truthfulness, non-violence, non-hoarding, contentment, surrender. That’s kind of how I try to live my life and I do tend to teach them those principles just by default. But it’s important to tell [the kids] what it actually is as well. …Non-violence has come up [with Parker]. With little boys, on the playground and at school, it’s come up a couple of times. It’s just a great way for me to tie it all together. … It’s not just what you’re told to do; it’s a way to live your life.

What are your favorite spots to take your sons in the city?

Parks are our favorite. Lucy Flower is our go-to in Logan Square, and Ehrler Park we really love because a lot of the kids from the daycare go there as well. … Some of those parks are just so comfortable, and you get to meet some of the other moms. It makes Chicago feel like a small town at times. … I want to encourage people to keep their kids in the city. You will probably need to make some financial sacrifices to do it, but there really is so much to gain from staying in the city, or even visiting the city, if you’re in the suburbs. Utilize this city for all that it offers, culturally, for the kiddos. It’s easy for us to stay in our little bubble sometimes, and outside of it can be magical for them. 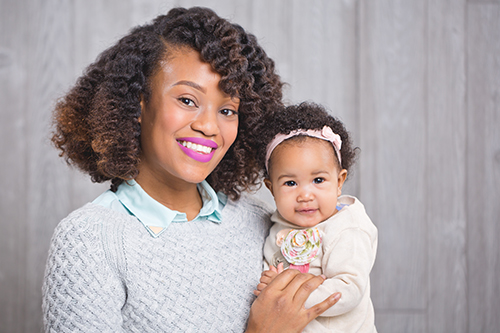 Founder of Kaike, an all-natural and vegan beauty brand

Were there any changes having a baby this time around?

It was very different than the other three because she was the only one without an epidural. … The bond was so much stronger and closer. I actually cried at this one as opposed to the previous three. It was much more emotional for me. … I was present the whole time and I felt everything. … We had our first when I was 20; I was nervous about everything. “I’m having a pain here, what does that mean?” and always calling the doctor’s office. Now, everything’s fine. It’s much more relaxed. I always think of that Luvs commercial: First time moms, you have to pack up everything. Now, just some Cheerios and a diaper; that’s all you need.

What’s your favorite thing to do with Kamryn?

We like to have conversations. She’s quite the talker. We sit in the bedroom, she’ll sit up and we’re all just kind of talking. And she’ll look back and forth to each one of us. … She’s starting to interact with you. She looks forward to seeing you. She recognizes when I come to pick her up from my mom’s house. I still breastfeed, so she’s grabbing my face and touching me. It’s like we’re bonding together. We’re both active in communicating with each other.

How do you balance launching a new business and having your family?

I heavily rely on my planner. I have to account for every moment of my day. …The whole purpose for me starting Kaike was to be more available for my kids. So now, since I’ve started it, I’m more willing to say no to something that isn’t a good use of our time or won’t benefit everyone. I’m more protective of our time together as a family. Even though I use my planner more, I’m less likely to pack all that time in. I leave a lot of space. But I’m really focused on the end goal of doing Kaike full-time.

How do you feel about the label ‘momtrepreneur’?

I love it. It completely exemplifies not only what I do but how I do it. Because I do everything with a focus on my family. … Some of the events that I go to and some of the networking meetings, a few moms have their babies there too and we kind of see each other; we acknowledge each other.

What advice would you give to a fellow momtrepreneur?

To include your kids in the process. Each [of my kids], in their own way, want so desperately to be involved, to help. They want to be in the way. So I kind of had to teach myself to let it go. If they make a mess, it’s not a big deal. Because the gratification is seeing their faces light up when they get a chance to help. … Include them and let them be a part of it, even if it messes up. … I hope that [my kids] know that anything that they want to do, whatever their little hearts desire, is an option. Even now, as I own my own business, my son is developing his own business. He wants to do something; he doesn’t know what yet, but he wants to be an entrepreneur.

With everything else going on, how do you find time for your relationship with your husband?

We find little moments throughout the day, either that’s through texts or calls or little love taps, to just kind of touch base. … Once we get into bed [at night], we use that as our talk time. So we kind of go through what was our day like, what were some of the difficulties, these are some of the wins we had today. We talk about our dreams, we do our devotional. We use that time before going to sleep—it usually ends up being an hour or longer—where we just connect more on an emotional level. … [And] we have a lot of at-home date nights. 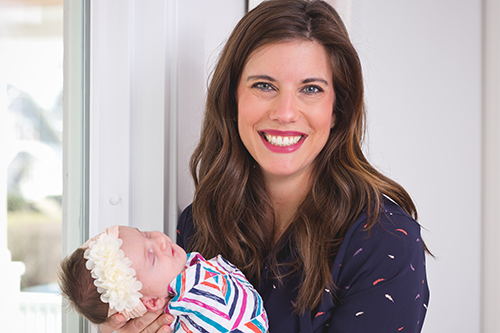 Director of Naomi’s House, a residential home for women who have suffered from commercial sexual exploitation

Did you always think you would have a big family?

Going from zero to one, in terms of children, was definitely the hardest thing I’ve ever done. It felt like I ran into a brick wall. It was really challenging. I think I probably had a little postpartum depression now that I look back. Then when we had Eli, it wasn’t as scary, it wasn’t as difficult, but … I thought, “We’re done.” … Within a couple of years, I got pregnant and miscarried, and that was just such a shock. … And so we really grieved that loss and sensed that our family just wasn’t complete yet. Soon thereafter I got pregnant with Asher. … It was a very tender pregnancy where there were times where we weren’t sure if I would be able to carry him to term. And so after him, it was like “As many babies as we can possibly have.” … But right around that time is when Naomi’s House really … started to come to life, and I kind of submitted to this idea that Naomi’s House would be my next baby. … We were so surprised to find out I was pregnant with Liv. … The reality is Liv is a gift that God gave us that we were too chicken to ask for.

Do you have a favorite thing to do with her?

Usually between the 5-6 a.m. feeding, when she’s done, I do a little tummy time with her, but I hold her on my chest. And I’ll probably sit there and hold her and burp her for 30, 45 minutes. 6 a.m. is so sweet to me because nobody else is up, there’s no dog trying to escape, it’s just her and I. … She’s not going to do that forever; she’s going to get to a point where she’s going to be squirmy and wants to crawl or sit up or whatever.

Naomi’s House opened just two months before Liv was born. How did you handle all of that?

It was difficult for me to let go. The day before I went into labor, I was on the phone [talking] about some things we needed to tweak, and I just remember thinking, “This is just going to have to wait.” … I think there is a maternal aspect to what we do at Naomi’s House in the sense that we’re really cheering for our women that live there to thrive and to fulfill their God-given purposes. And that’s a very similar feeling as a mom.

What are your “tricks” for balancing work and home life?

Have there been any surprises about having your fourth child?

I’ve been a little surprised that there have been some things that I thought I should have known. I had to call a lactation consultant and say “Pretend I’ve never had a baby.”

An expert explains what kids should be taught about safety in large crowds and at public events.
Read more
Advice

From boogers to pen caps, here's why some kids can't seem to keep strange and stomach-turning things out of their mouths.
Read more
At Home

Get comfy with these kid-friendly streaming picks!
Read more
At Home