Parenting in the Age of Alternative Facts: Excuses, Excuses 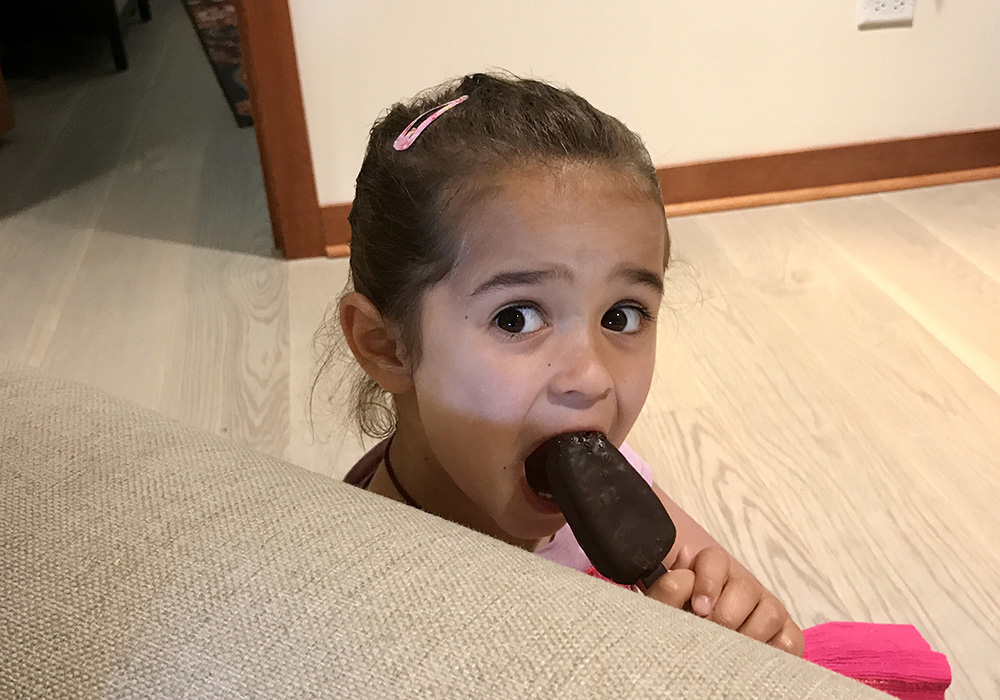 This week’s blog post is by The Paternity Test co-host Matt Boresi, who lives in the Edgewater Glen neighborhood of Chicago with his wife (“Professor Foster”) and their 5-year-old daughter Viva, who keeps changing the information on her security clearance form and it is driving everybody nuts.

Note from the author: Here is another in my non-consecutive series of deeply biased posts about how to raise your children in an era when we must use the inhabitant of our nation’s highest office, his loitering progeny and his shrieking apparatchiks, as object lessons in how not to behave.

We are cursed with living in interesting times. Blame the primary system, blame the right-wing media, blame our national love of extreme entertainment, blame the Russians, blame the electoral college, blame whatsername’s e-mails, but 64 percent of Americans now agree that we’ve got a boorish, self-dealing, maundering orangutan in the oval office and – shocking! – he’s bad at the job. Now we have to teach our kids to not be monstrous human beings even though being a monster can get you a ticket to the White House.

One issue that’s been in the news and in the President’s noxious Twitter feed is that of Donald Trump Jr.’s meeting with a Russian lawyer (and possible agent) to obtain “oppo” for use in the 2016 election. Little Donny, an endangered-leopard-murder enthusiast and Patrick Bateman cosplayer, keeps changing his story on what he knew about the meeting and why he took it, and his old man keeps changing the story on why the meeting was totally acceptable/nothingburger/nothing to see here/not a high crime please move along/ thing to do.

Covering for your kid like that and shielding them from consequences can really lead to them becoming spoiled … and potentially a felon. So, what virtuous practices can we share with our children so that they are never under federal investigation?

Be Honest From the Beginning

It’s simple, but it ain’t easy. When your kid gets caught they get scared, and when they get scared, they lie. You, the parent, should try not to be scary, and they, the child, just shouldn’t lie. Our latest president doesn’t get it, but the first one did – and he gave us a quote parents have shared with their kids for 250 years: “I cannot tell a lie, I chopped down the cherry tree, which is weird, I know, maybe even a little psychotic, but I’m a kid and it’s the early 18th century and there are no iPads or fidget spinners, only hatchets and poorly monitored orchards.”

The Cover Up is Almost Always Worse Than the Crime

Ask Nixon, ask Clinton, ask reggae-fusion singer Shaggy: the simplest way to keep the snowball of untruths from rolling over you is to fess up right away. When you start trying to cover your tracks, when you start changing your story, when you start firing FBI directors, things go sideways fast. Tell your child to save time, calories and pain and just fall on their proverbial sword.

Special pleading, post-rationalization, BSing – call it what you want, but if you weren’t supposed to have your hand in the cookie jar, don’t say you’d just eaten a very large and healthy lunch. If you weren’t supposed to shove your playmate, don’t say you thought they had a bug on them, and if you already admitted you had a secret meeting with the Russians, don’t pretend they just wanted to talk about adoption policies. Tell your child they shouldn’t try to explain away their bad behavior or change their story – it’s ultimately a waste of time.

Don’t Blame Someone Else

“It’s OK to collude with the Russians because one time Hillary Clinton something something Benghazi MAGA unmasking Kid Rock something something.” Yeah, that doesn’t matter. They’re not here. They’re not your business. What they did wrong doesn’t make it OK for you to do. This is about you and the thing you did and how you shouldn’t do it. This is a tough one for kids, but taking responsibility for one’s actions is a lifelong struggle that needs to start early, long before you become the executor of your father’s non-blind trust.

Getting campaign dirt from the bad guys is not OK. Not for anyone. Stealing, fibbing, hitting, snitching, and all the naughty things your kids do aren’t OK either. When your child is able to fess up, you can address the infraction together, learn from the mistake and move on. Justifying bad behavior by citing biology, circumstance or political business-as-usual can make you feel better about what you did, but it doesn’t help fix behavior for the future. Kids make excuses, parents make excuses for their kids (I know I do, both in my head and out loud, and you do too), and crime families in the executive branch love to make excuses. It doesn’t make anything great, tremendous, bigly or huge.

Honesty is usually the best policy, but it’s very difficult to be honest. If it’s tough for us, imagine how tough it must be for our little ones who are constantly in survival mode and being driven by lizard brains barely encumbered by engrained ethical frameworks. And imagine how hard it must be for casino-ruining pro-wrestling adjuncts and their offspring! We can only work towards good ethical practices day by day, in baby steps, and by not taking meetings with Russian intelligence assets. Tell your kids.