Say oui to kids in the kitchen 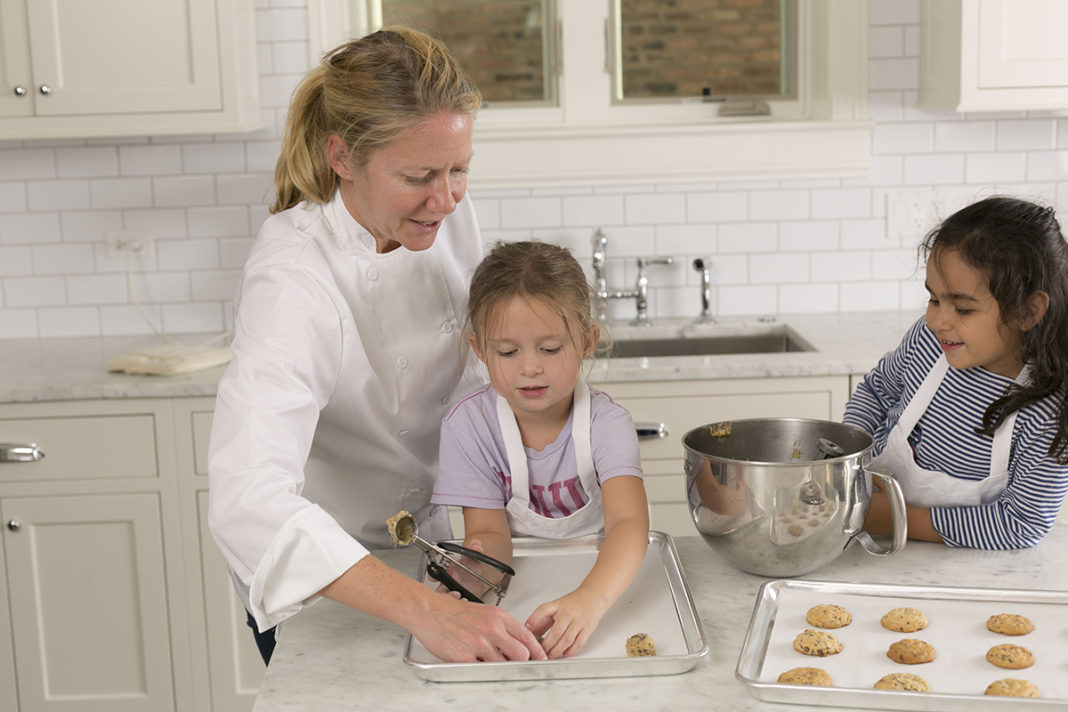 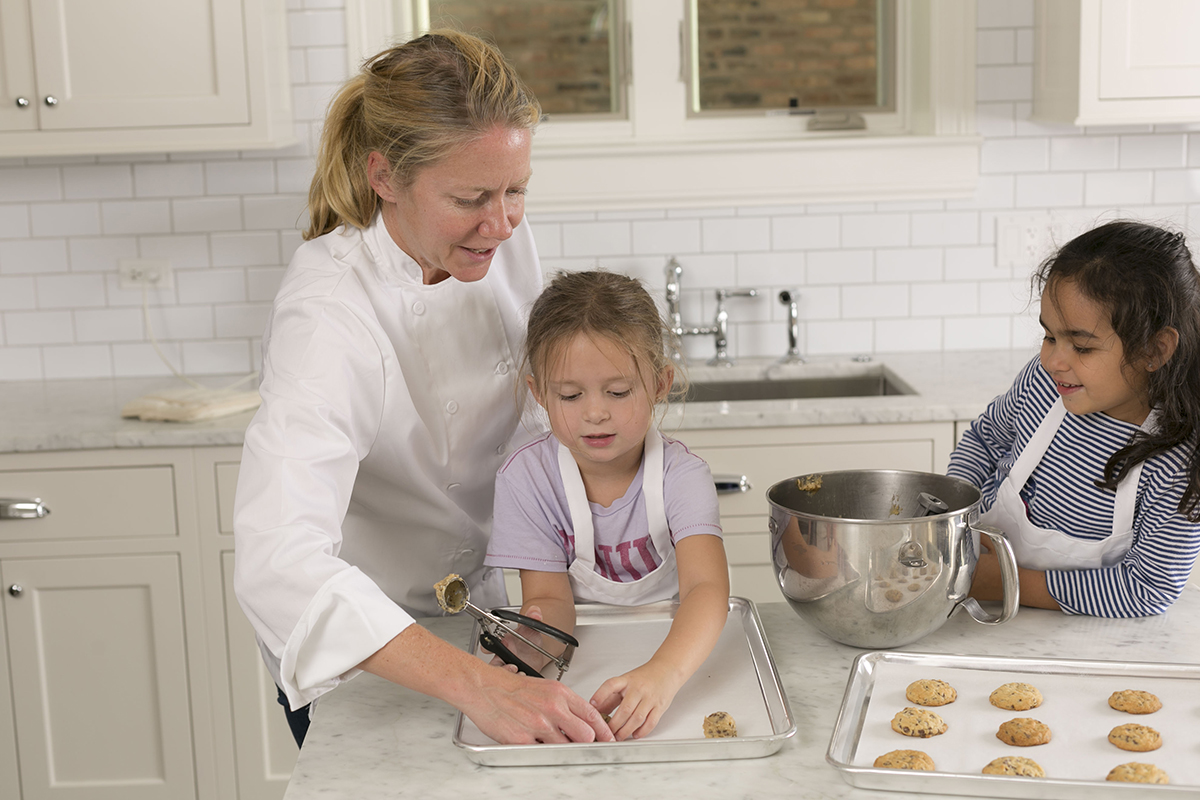 Chef Laura Ragano knows a thing or two about dough. Professionally trained in the culinary arts and a former instructor at the French Pastry School in Chicago, she worked with plenty of it for ten years. After spending time at home with her now-first grade daughter, she’s bringing in another kind of dough at Oui Chef, her new Lincoln Park cooking school that’s not only adding kids into the mix, but changing the way they see–and taste!–ingredients as well.

I love the wordplay with “oui” chef and “wee” as in tiny–did that come to you immediately?

It did come to me pretty quickly! I was a little concerned about people “getting” it but ultimately when it came down to it, I couldn’t let it go. It was too-

Too perfect. That’s why, in the logo, under Oui Chef I added “cooking classes for wee chefs.”

And even if people don’t get it, it’s still like–oui! Yes!

Exactly! I come from a professional cooking career, and when you’re on the hot line or when your chef is telling you something to do, all they want to hear in response are the words “yes, chef.” I worked for French guys, two French chefs at the pastry school, so it became “oui chef.” Not only is it a play on words for kids, but it’s also an important piece of culinary dialogue.

As a mother and a chef going back into the workforce, what was the impetus behind a cooking school for families as opposed to going straight to a restaurant?

Being able to be the parent I want to be! Basically, from five months on I’ve been home and I really wanted to make sure that I was still there for her, even in going back to work. I’ve actually always wanted to own my own business since I was a teenager. This idea came to me when I was teaching at the French pastry school–I absolutely love teaching–and I thought, this is perfect! ‘No kid is taking class at nine o’clock at night.’ It allows me to be home at a reasonable hour.

What does she think of this venture?

She thinks she owns it as much as I do! It’s great. She’s super, super excited about it. And her school has been lovely about promoting the business. Her friends have been talking about it and she thinks that’s pretty special as well.

The camps you offer look really fun. Tell me some more about what a typical camp day would look like.

It looks similar to my weekly classes, but on a grander scale. My goal is for kids to come in here and do hands-on cooking, but we’ll also spend a little time learning. Last week we made cheddar chive biscuits and we sat down and did a little butter tasting of three different kinds of butter. We tasted cookies and the kids were challenged with matching the cookie with the type of butter and we talked about why the flavor was like it was, and why the color was like it was …

These are real-life skills!

Totally real-life skills, and information that they can take forward with them. Camp is going to be the same way; we’ll make recipes, but we’ll also discuss where the recipes are coming from, what recipes are specific to that region … we’ll talk about why it’s important to use seasonal fruits, but if it’s not in season, where are they coming from and what’s happening to them?

And I have to ask–is the daughter of a chef a good eater?

Horrible! She’s horrible! She’s getting better, but we laugh about it; the irony is so fantastic that the daughter of two chefs is not the best eater.

It just goes to show that people come out who they are.

Exactly! And she has been a bad eater from the get-go. I always looked at the other mothers with the fruit pouches–she hated those. I said “you are the only kid in the world who hates those fruit pouches!” But she is getting better, and that I am grateful for.