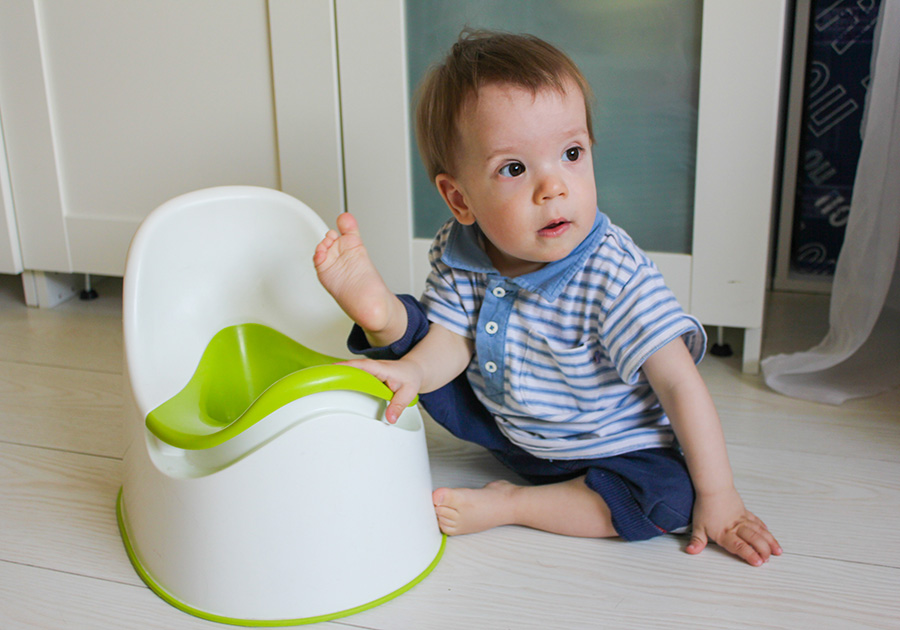 There are few parental milestones that are as stress inducing as potty training. I thought I had made it through the wild after finally getting my then-two-and-a-half-year-old to sleep in her own bed when it suddenly occurred to me that I had a new task to worry about: giving diapers the heave-ho.

What followed was a sometimes frustrating, often smelly journey of getting my daughter to use the potty. Through all of the blogs I read and books that I borrowed from the library, I gained a few bits of knowledge on how to approach training, but a lot of the advice seemed too over generalized or preachy. Put down the books and check out my tips for potty training that won’t make you go crazy.

Do the method that works best for your child

There are, of course, many theories on what makes for the best (and fastest) way to train. A lot of people are fans of the weekend potty training boot camp. Here is a good example of that method. My husband and I attempted this one long weekend, but it went awry when our daughter came down with a fever. In reality, however, I knew I wasn’t really a “boot camp” kind of girl (strong Type B over here). If you’re okay with devoting an entire weekend to hardcore training, this could be for you.

A few people I know didn’t do the boot camp, but did take a big aspect from it: going cold turkey with diapers. My friend made a dramatic spectacle out of “throwing away” (donating) the rest of the diapers; giving her daughter no other choice but to soil her new Disney princess underwear or go on the potty. Her daughter was trained in no time.

My daughter, on the other hand, is a tad bit more strong willed than a lot of kids and let’s just say she responds to “motivation” (aka bribery) fairly well. We used a potty chart along with a system of rewards and it did work, for the most part. I think it’s perfectly fine to experiment with different methods to see how your child responds. Every kid is different, so a one-size-fits-all potty training approach just doesn’t work, no matter what you’ve heard.

Make sure your child feels involved

I knew for sure that my daughter needed potty training to be as least scary as possible. Sticking her on the toilet from the get-go wasn’t going to fly, so she helped me pick out a cute, colorful potty for the initial stages of training and once she was ready, a pink owl seat topper for the toilet.

She also selected stickers and helped me decorate the potty chart. Rewards for a week of no accidents were small toys that we bought from the dollar store or Target. She also picked out Doc McStuffins pull ups and character underwear. The song from the Daniel Tiger potty episode became our constant motto: “When you have to go potty, stop and go right away.” Potty training apps and books were our go-to entertainment, and my daughter actually started to look forward to them every day. Giving her a sense of control over an intimidating situation helped make the process a lot smoother.

It may sound like a cliche, but when people try to kindly remind you that your child won’t go to college in diapers, believe them. Several weeks of pee accidents left me feeling discouraged, but eventually, they happened less and less. After my daughter finally mastered peeing on the potty, poop became the next obstacle. She would kick, scream and just plain refused to go … for months. When friends asked if she was fully trained yet, my heart would sink. We had passed age three a while ago and were quickly speeding towards age four with no end in sight to the poop drama.

Then one day, it just sort of happened. She was showing signs that she needed to go and I sat her on the potty, fully expecting a meltdown. There was a bit of hesitation, but after a few minutes, there was poop in the potty and I was one happy mama. Since then, there have been zero poop accidents. It may have taken her a while, but she was finally there.

For some kids, potty training will come naturally, while others will struggle a bit. If your child is in the latter category (like mine), take heart. Kids are unique and have their own sense of timing. Accidents will happen, setbacks will occur, but it’s not going to go on forever. I promise.

What’s the secret to igniting a love of learning in your child? An appropriate early learning environment offers many advantages of preschool, says an expert from Smart Love Preschool.
Read more
You