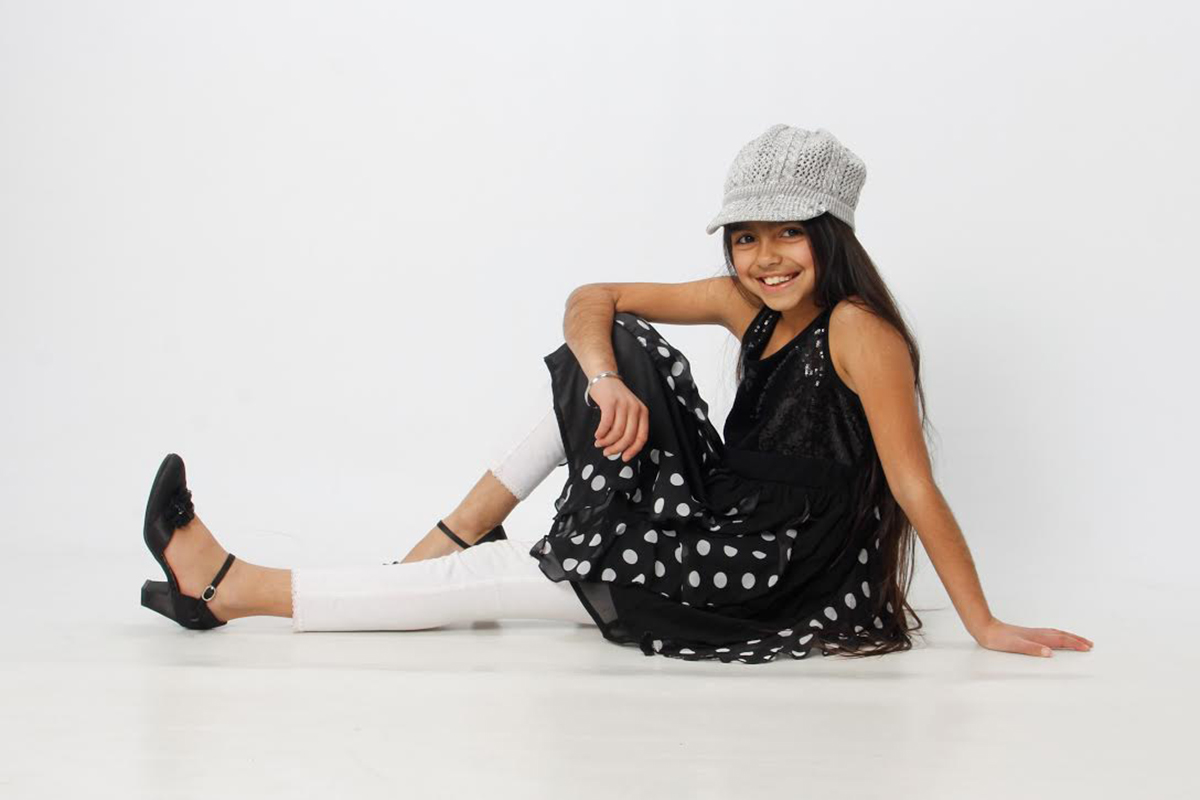 The Singh family of five had just arrived in India. At 2 a.m., they stood jetlagged outside The Taj Mahal hotel.

“Sure,” responded her father, Inder Paul, an ophthalmologist from Lake Forest. He assumed it would be something along the lines of `rainbows are pretty.’

“I see you in the mirror and you look so sad,” sang Niki. She continued to belt out a melody about self-esteem and outer beauty, as tears rolled down her father’s cheeks.

“The words were so intense and personal,” recalls Inder Paul.

“It was honest,” explains Niki. “I had been feeling insecure, comparing some of my traits to my friends’. I wasn’t really happy with me.”

After being picked on in kindergarten, Niki says she was constantly worried about her hair and dresses. Another little girl had jabbed her in the chest and said, “You’re ugly. You look like an idiot.”

“My mom told me there might be people like that, no matter where I go in life,” Niki recalls. “I realized who I am on the inside is what matters most.”

Niki had been journaling her feelings to let them out. She says she would have felt even sadder if she kept them in. Soon, Niki realized her emotional outlet could turn into a song. She was raised around music; her father has been the keyboardist in the Chicago world beat band, Funkadesi, since his days in medical school 19 years ago.

Funkadesi’s grooves, a blending of Indian bhangra, funk, Afro-Caribbean and reggae, are intoxicating. President Barack Obama once said, “Funkadesi knows how to get a crowd fired up!” Members ranging in age from 35 to 65, including Jamaicans, Indians and Puerto Ricans, with different languages and socio-economic backgrounds, produce one unifying sound. Funkadesi’s motto is “one family … many children.”

Niki has been part of the Funkadesi culture for years, often attending shows and dancing on stage.

“I used to worry that people couldn’t understand what they were saying because it was in different languages,” she says. “Now I think it’s so cool. You get a different experience of what music is.”

When Inder Paul asked his daughter what she wanted to do with her song, Niki replied that she wanted to help others feel less alone. At that point, he knew he would invest the time and money to help her record it. The father-daughter duo recorded the song at Rax Trax in Lakeview with help from some Funkadesi friends, Lloyd King and Terry Garrett.

“I couldn’t believe I was actually at a real studio,” Niki says.

Inder Paul posted Niki’s song, “Reflections” on YouTube along with his interview of her.

The song resonated with other kids. “Reflections” has even been incorporated into her school’s social-emotional wellness program and played on the radio.

Niki’s main goal is to help kids embrace not only their strengths, but also their weaknesses. All these parts are the sum total of their personalities.

“I still get insecure,” Niki admits. “We can’t solve that. It just happens. I thought it’d be great to show other kids that they’re not the only ones that feel that way.”

She has to remind herself that she doesn’t have to be perfect for people to like her. Niki encourages other kids to share their stories and feelings on her website. Parents can also donate to the cause.

“All you can do is just be you,” is the chorus of Niki’s second song, “OK To Be Me.” The Singhs plan to record it, along with four other new songs, to complete Niki’s first album.

“I realized this is my passion,” says Niki. “Writing has helped me express my feelings, especially when it is hard to convey them otherwise.”

“As a father, I want her to be less sensitive,” says Inder Paul. “But moments add up and insecurities accumulate. Not ignoring it has helped me to become a better parent.”

And what a beautiful thing they are doing–bonding together to make the world a more positive place. “The ripple effect of positivity is so much stronger than the brick wall of negativity,” says Niki’s mom, Umang.