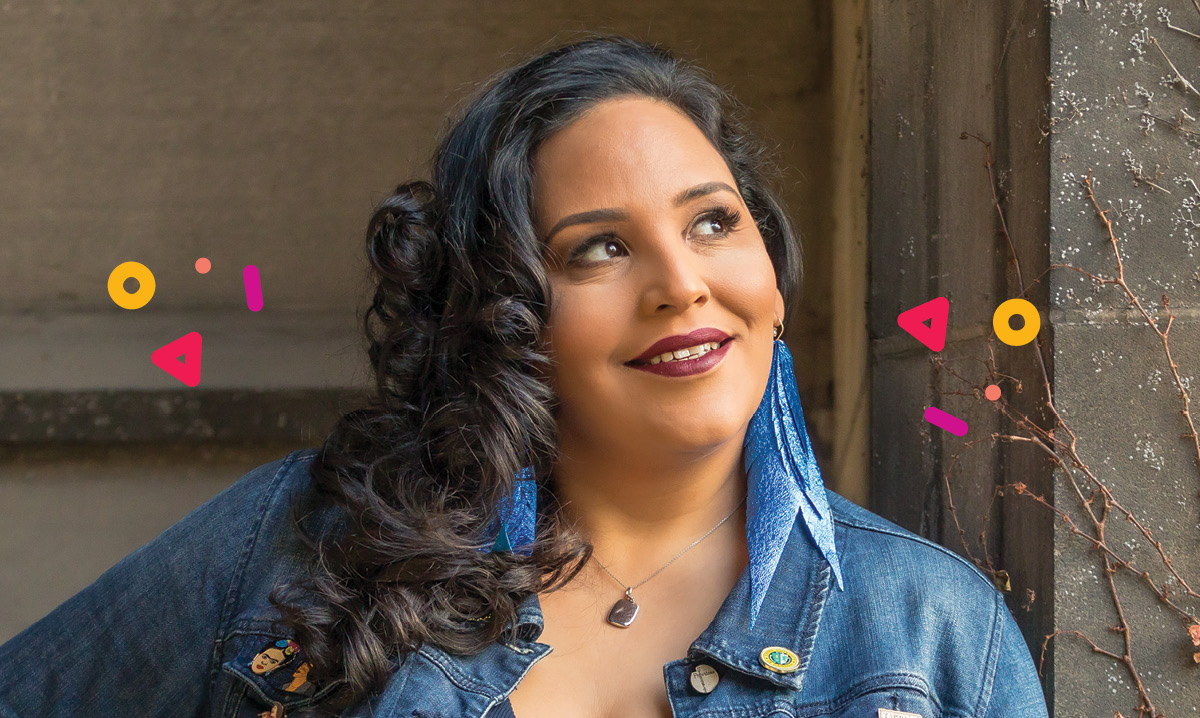 Life’s been a little messy for Leslé Honoré. An abusive marriage, divorce, job loss, eviction. Even the thought of being a single mom of three once terrified her. But feelings of shame? Not for this mama. She found a resiliency she says she didn’t know was possible, a message she hopes reaches other moms in similar shoes. “There’s life after and there’s strength inside you that you don’t know is there until you tap into it. But 2016 was a hard time for us as a little family.”

Then she rediscovered her voice.

Squashed during her marriage, that voice appeared just as more civil unrest flared around the country. That Summer of ‘16 she wrote a lot about being a mother of a Black son, Solomon, who she knew at 13 would no longer be seen by society as a child, but as a threat. Then she got another gut punch; her oldest, Sage, wanted to know why she didn’t see her story and that of Black girls in her mother’s words.

When her poem about Tyshawn Lee, the 9-year-old boy murdered in Chicago, went viral, people started paying attention to Honoré, a Blaxican poet of a Mexican immigrant mom and New Orleans-born dad. She created her first book of poetry, Fist & Fire, confronting the social justice issues surrounding her.

Reacting to the 2020 Election

When news broke days after the election that Joe Biden and Kamala Harris had captured the presidency and vice presidency, Sage, now 20, urged her mom to stop the car and write her feelings. Honoré chose to make small changes to Brown Girl Brown Girl to capture what it means to all little girls and especially people of color to have a woman of color in the White House. “This moment is so transformative,” she says.

Like never before, she says, girls and women, particular those of color, have paths open and their ability to dream unlimited. It’s what she’s hoped and worked for.

She took a timeout to answer a few questions.

Has your passion changed how you parent?

“Yes, I think once I was parenting alone and could do it openly and freely. I wanted them to feel free to learn who they are.” She says it wasn’t until she became an adult that she felt “unapologetically me” and didn’t want that for her children. “We believe in academics, we also believe everybody has to find an art (a way to express yourself.) I wanted them to have good palate when they go out to world. It has framed all of my parenting with them.

“Pausing.” Like many mothers, she says, she and her kids were always on the go, from 8 a.m. to 7:30-8 p.m., then waking up to do it all over again the next day. “Just pausing and regrouping and reminding each other things we professed to know were sacred but really honor them: time with each other, health, peace, that every day really is a gift. … This has just been a big huge pause that none of us wanted but it’s definitely realigned our values that we knew were there.”

What are you looking forward to most in 2021?