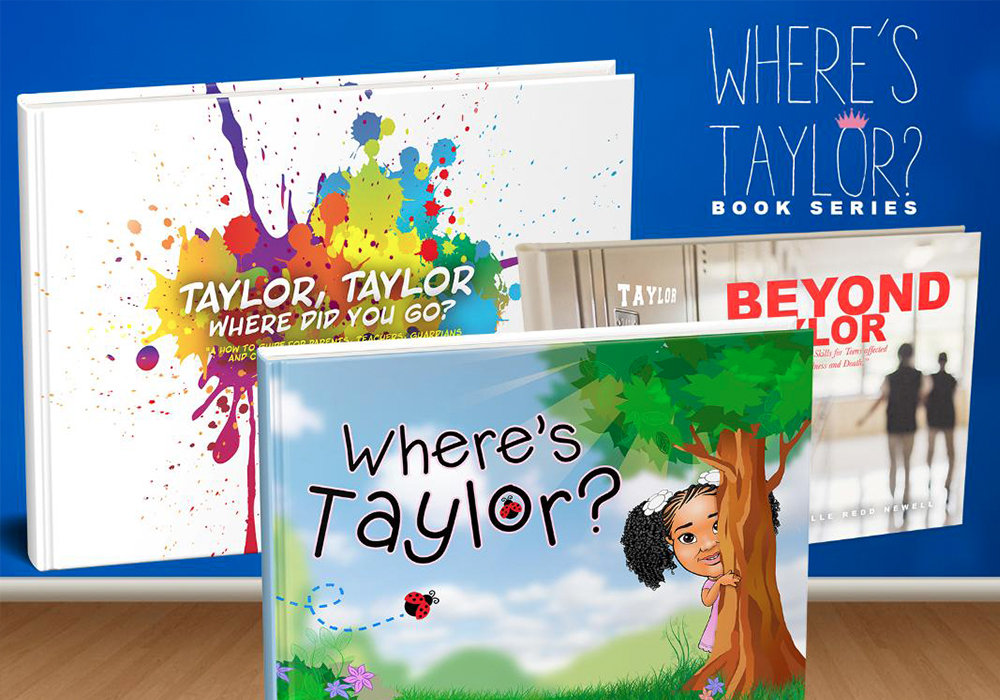 The loss of a loved one is hard on everyone, including children. Michelle Redd Newell saw the impact of the death of her four-year-old niece, Taylor, on not only her family members but also on Taylor’s preschool classmates. “Where’s Taylor?” was a question they asked frequently after she had died. It also became the title for her new book about grief for preschoolers.

The need for awareness is great, as one in five children will deal with the death of someone close to them before they reach age 18. Often, children don’t show outward signs of struggling, although internally they are. It can take longer than adults anticipate for a child to process their emotions surrounding the loss

Redd Newell says she wrote the book in part because she believes children’s grief is often overlooked. “I strongly believe that we don’t pay enough attention to children’s grief, and especially the grief of preschoolers. You think that because they are resilient that they bounce back and don’t really register grief and loss, but they do,” she says.

Adults can help support a grieving child in a variety of ways.

Redd Newell is the founder of three preschools, including where Taylor attended, and she notes that children are inquisitive by nature. “Start with their understanding of death,” she says, and avoid language that implies the deceased is sleeping or resting, as that may make a child afraid of sleep. Adults may need to explain the phrase “rest in peace.”

Be available to talk.

“Keep lines of communication open,” suggests Julianne Neely, MSW, LCSW, and founder of Individual and Family Connection, a pediatric therapy practice in Chicago. “Talk about the loss as a family, especially if the loss impacts the family as a whole. Share favorite memories of the special person with one another and look at pictures together.”

Allow grieving children to feel all their feelings.

Studies show that children experience a wide range of emotions following the death of someone close to them, and Neely advises that adults validating all those feelings. “Listen reflectively by validating what you hear them saying with lots of empathy,” she says.

Redd Newell agrees, noting that her book aims to let children know that sadness, frustration and anger are all okay. Encourage children to write letters, draw pictures or create a video for the individual who is gone.

One of the themes of “Where’s Taylor?” is that while it is okay to be sad, it is also okay to remember the good times and have positive thoughts about the loved one who has died. Redd Newell suggests doing an activity that they enjoyed with their friend or family member as a way of honoring and remembering them if the child would like to do so.

If a child doesn’t want to talk, that’s okay, too. Just sitting with them quietly can be powerful and lets them know they are not alone and that someone is there for them.

“Where’s Taylor?” can be pre-ordered now and will be released at a book launch on Nov. 29 in Chicago. It is the first in a series, with future books about Taylor to be aimed at middle school students and teens, because of grief impacts all ages. The event will feature a conversation, led by Robin Robinson, with representatives from community organizations and high-profile families affected by loss, grief counselors, and child psychologists.

Best Beaches in Chicagoland for Families

Explore the Thrill Capital of the Midwest.
Read more