What parents should know about concussions 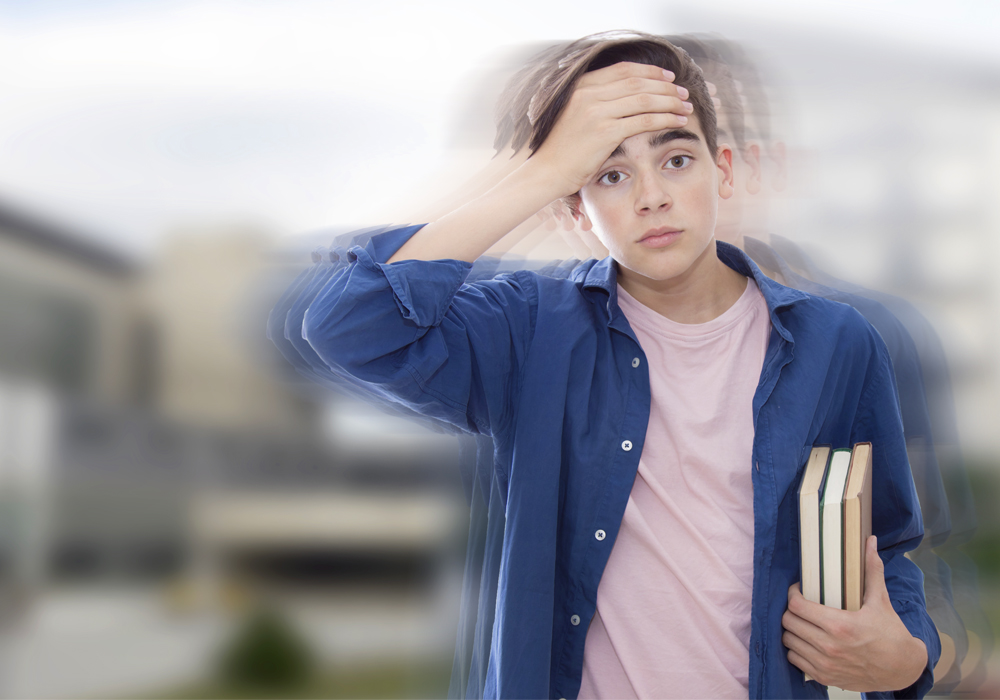 These can also be the symptoms of a greater head injury for kids involved in a car accident, sports injury or fall on the ice.

In October, the Illinois Bone & Joint Institute released the results of a survey that asked parents about their knowledge of concussions and what they should look for. Seventy-two percent of parents could not identify all of the symptoms of a concussion or chose unrelated symptoms, the survey found.

“I think it’s good to recognize that (parents) did a good job in recognizing some of the symptoms,” says Dr. Anthony Savino, sports neurologist at Illinois Bone & Joint Institute.

“What I think is tricky about concussions is that no one concussion is the same, often times between individuals, or even the same individual, if they have more than one concussion. So, we really have to be able to recognize all the concussion symptoms if we are to properly diagnose these athletes.”

What’s important to know is that while concussions happen primarily to athletes, they aren’t exclusive to players on a field.

Those symptoms include headaches, nausea and vomiting, balance inconsistencies and dizziness, blurry or double vision, sensitivity to light and noise, feeling sluggy or groggy, concentration and memory problems, confusion and feeling a little off.

Athletes in high school are given a “baseline” test at most high schools before athletes in contact sports begin their seasons, but Savino says that any athlete that is involved in any contact sport should have a baseline test before he or she begins the sport.

In Illinois, the test used most often is called the ImPACT test, which gives doctors an idea of what each person’s normal brain looks like.

“I don’t do them in kids that are younger than 12 years of age because the data is pretty poor–they don’t understand the directions, they don’t take it the right way, the data is invalid,” Lessman says.

Even parents whose kids aren’t athletes should know concussion symptoms. Savino says that the No. 1 cause of concussions in youths is riding a bike. Falls from heights and slips on the ice can also cause concussions.

“There’s risk in driving in a car and walking down the street, we’re not going to sequester these children or wrap them in bubble wrap,∫ Savino says. “However, I think that education is most important as far as identifying these symptoms and the possibility of an injury and having it assessed.”

A law that went into effect Jan. 1 in Illinois requires free handouts and pamphlets to be distributed at schools so that parents and guardians know what to look for and the effects of concussion.

“A parent knows their child best, so they are able to identify not only symptoms that the child or athlete is reporting, but also how they look: are they more tired than usual, are they more irritable, are they more happy or have change in behavior, are they off-balance,” Savino says. “They are the front line, in addition to trainers and coaches who tend to know their athletes well, as far as identifying possible signs and symptoms.”

In addition, the Centers for Disease Control and Prevention has developed an app for children to teach them how concussions can happen, why telling a coach or adult is important even if the injury is to a friend or sibling and why rest is important after head injuries. The “HEADS UP Rocket Blades” app is free on Apple, Amazon and Android.

“Headache, sleep and mood problems are common in our youth and high school population and oftentimes these things are not discussed, talked about and managed properly and they need to be before they’re involved in contact sports,” Savino says.

Lessman adds that he sees young patients who have been in car accidents or who have had a mishap constructing sets for the school play.

Determining a concussion immediately is important to the speed of health, Lessman says. Removing an athlete from a game as soon as an injury has occurred, or making sure a child is checked after a fall can change the path of recovery.

“There is research that shows that if they come out right away and get evaluated and stop playing, they will get better faster than if they continue to play or finish the game or finish the tournament, that will take them longer to get better,” Lessman says.

“You also risk the possibility of a second head injury, which is more severe, but even the fact that coming out right away decreases how long it takes to get better, because everyone is always scared to come out of the game.”

Get to know Chicago's Pullman Historic District with these places to eat, play, explore and shop.
Read more
Indoors