Non-stop snacking packs on the pounds

Kids today are eating almost twice as many snacks as their parents did a generation ago, and the snacks are getting less and less healthy. Snacking now accounts for up to 27 percent of kids’ daily calorie intake, according to a recent University of North Carolina at Chapel Hill study. The study also shows that many children snack almost continuously throughout the day. 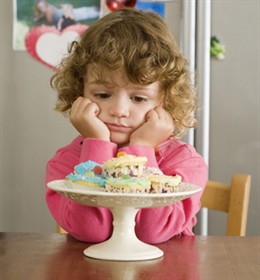 Who says baseball has to be about jerseys and beer?

“Kids are snacking almost three times outside their three meals, so this is almost six eating events per day. That’s too much,” says Carmen Piernas, research assistant on the study. “And if the children are not exercising, it would be more energy than they need.”

What kids are munching is also cause for concern. “The primary snacks are cookies, pie, cake, salty snacks, popcorn and crackers. We found a huge increase in candy,” Piernas says. “We found a decrease in milk and fresh fruit.” Sugary beverages, such as pop and fruit juice, were also a huge source of calories during snack time.

Older kids’ snacking habits came under fire as well-teens and tweens are averaging almost 700 calories a day from snacking. “They’re snacking less, but more calories. Young children are eating what their parents give them, but older children can choose, perhaps, chips from the vending machine (at school),” she says.

Piernas recommends parents take a good look at what their kids are eating throughout the day and start making changes. “Choose healthier-fruit, veggies, low-fat milk. If the kids are active, it’s OK for them to have two to three snacks,” she says. “But if the children are eating more and it’s not healthy and they’re not moving, this is not a healthy pattern for the future.”

Look for food that offers nutrients such as calcium, protein and vitamins but with no hidden fat, and increase low-fat dairy, which most kids aren’t getting enough of, Piernas recommends. Water is the best choice for beverages, but if you are going to give kids juice, try to make sure it’s 100 percent juice.