Media use exploding among tweens, teens 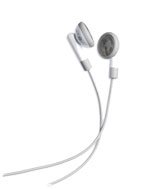 If your kids aren’t sleeping, chances are they’re tuned in, logged in or plugged in to one of the many electronic devices or social networks that have come to be as much a part of adolescence as pimples and learners’ permits.

Young Americans now consume nearly seven and a half hours of media per day, according to astudy released Wednesday by the Kaiser Foundation.

And they’re remarkably efficient. Because so many teens multi-task — think, say, tweeting with one hand and texting with the other while listening to an iPod — they actually manage to cram almost 11 hours of total media exposure into that time. That’s a 43 percent rise from a decade ago, when the foundation published its first broad study on kids and media.

“Children in America are living a media lifestyle, from time they get up in the morning to time they go to bed at night,” says Mike Smith, executive director of the Media Management Center at Northwestern University. “They’re more connected to the world than ever before.”

Remember when all you had to worry about was how much TV your kids were watching? Ah, the good old days. These days, managing your child’s media exposure can be a full-time job.

“One simple rule goes a long way: No media during supper,” he says. “If the phone rings, let it ring. Dinner should be about family face time.”

Consider these other expert tips:

To learn more about keeping tabs on your kids’ media exposure, check out these tip sheets from the PTA.

Whether that’s a good thing or not remains up for debate. Smith points to the creative power of new media technologies as a positive; for example, video-capable cell phones and YouTube mean kids can be filmmakers.

But Dr. Leonard Jason, a psychology professor and media studies expert at DePaul University, says that when virtual connections come at the expense of face-to-face ones, kids lose.

“Childhood wasn’t mean to be lived online,” he says.

He may be right. The study also found that kids who reported the highest media consumption – at least 16 hours a day – had lower grades and were more likely to report that they felt bored or sad, that they didn’t get along with their parents, or that they weren’t happy at school.

When it comes to developing brains, the effects of heavy media consumption on everything from attention deficit disorders to depression to obesity is well documented.

“At some point, more ‘plugged in’ time starts being a harmful factor,” says Dr. Benjamin Van Voorhees, a pediatrician at the University of Chicago’s Comer Children’s Hospital. “But this isn’t going away, so what we have to do now is figure out how to get the positives out of all this technology and limit the negatives.”

Kids’ media consumption has increased by 43 percent since 1999, and by a quarter since 2005. And how they’re getting this screen time has changed drastically as well as mobile devices become must-have items for middle-schoolers.

In 1999, there were no instant messagers or iPods and nearly every household in America had a landline. Now the survey includes questions about texting and tweeting, time spent on social networks like Facebook and cell phone use, which has exploded among teens.

Two-thirds of kids ages 8 to 18 have a cell phone, up from 39 percent five years ago. Three-quarters have an iPod or other MP3 player, a four-fold increase from five years ago.

And these devices are much more than a way to talk on the phone or listen to music on the go: Kids are recording and watching video, posting to social networking sites, and texting their friends from the palm of their hands.

“Just like with all new technology, parents need to recognize that all these media options offer opportunities to their kids, but also potential dangers,” Van Voorhees says.

He compares the growing use of media by younger and younger kids to the introduction of the automobile. Early cars were dangerous, drivers were unlicensed, and roads were shoddy and piecemeal.

“We developed all these rules and frameworks,” he says. In the same way, “setting boundaries for media use encourages kids to explore the world, but to do so in a safe and healthy way.”

From trendy DIY activities like rug tufting to ceramics and pottery, these spots will keep the kids busy and creative.
Read more
Sponsored Content

Brought to you by The Natalie G. Heineman Smart Love Preschool
Read more