Is your child underweight or just thin? 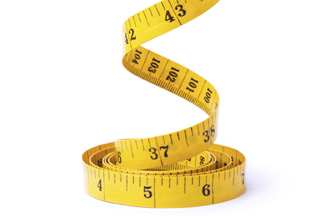 Some children would rather talk and move than eat. They tend to be “built like a stick.” With today’s emphasis on the prevention of childhood obesity, kids who are too thin often escape notice.

While being underweight often appears preferable to being overweight, the reality is that being too slender also has risks and repercussions. For example, underweight children may be prone to infection due to easily compromised immune systems.

Is your child underweight?

Parents are not the best judge of whether their child is too thin, according to Rachel Saccaro, D.O., a pediatrician with Central Medical Clinic in Chicago. She suggests asking your pediatrician, who charts their weight and body mass index every visit. The BMI takes the child’s height, weight, gender and age into consideration.

“A BMI of less than 5 percent is considered underweight,” she explains.

There are three main categories for poor weight gain, Saccaro says. “Too few calories in, not absorbing enough calories, or using up too many calories. The simplest to fix is the first category.”

She says malabsorption of calories may be a gastrointestinal problem like inflammatory bowel disease or celiac disease. Chronic diseases such as asthma, a heart condition, thyroid problems or infection could cause the child to burn too many calories.

“The causes often differ depending on the age of the child. For example, in infancy, the cause is more likely to be underfeeding or feeding difficulties whereas a teenager might have an eating disorder or depression,” says Saccaro, the mother of both a tween and a toddler.

Some of the more common symptoms of an eating disorder are interruptions in the menstrual cycle, fatigue, depression and an irregular heartbeat. Children with eating disorders may appear anxious at mealtimes or prefer to eat alone. Another psychological cause of underweight can be excess stress, which may cause a lack of appetite. Finally, your slim child’s weight and body shape are also influenced by their “lean genes”causing a higher than average metabolic rate.

While taking vitamins may not make a difference, there are other things that can.

For serious cases, get to the root of the cause of a child’s underweight.

Regardless of the cause, it usually is a team effort to ensure the child grows and thrives. It often is helpful to talk with a dietitian, social worker, developmental specialist, and support groups depending on the reason for malnutrition.

From special museum exhibits to our favorite hiking spots, get ready to have the best Spring Break ever with these fun activities for kids.
Read more