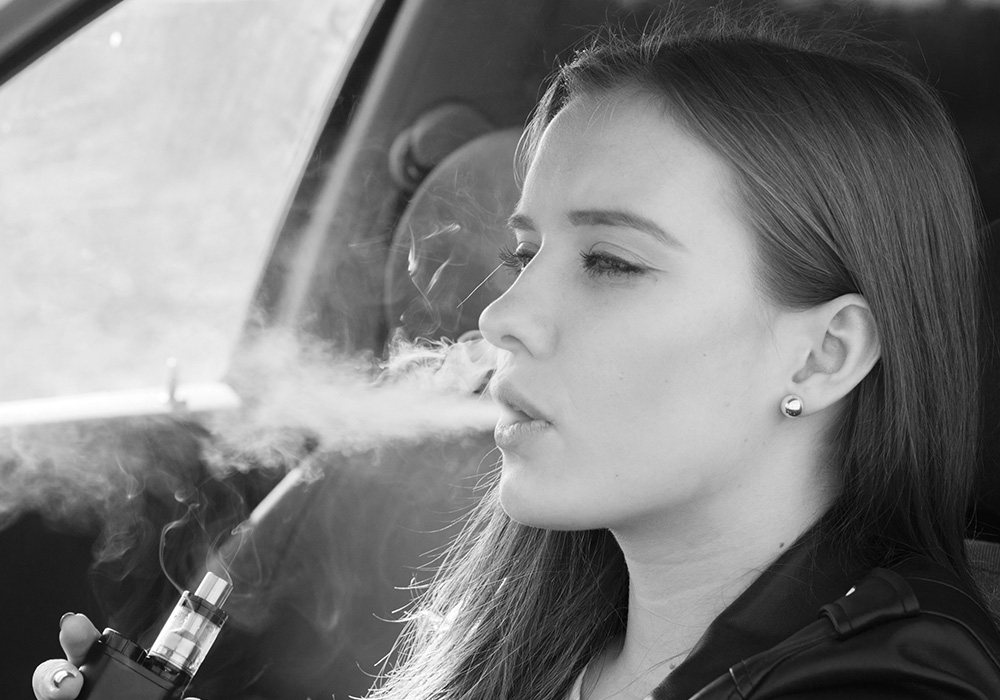 The oldest of seven kids, the New Lenox teen became Colorado’s first case of severe respiratory illness attributed to vaping. She was on her way from Illinois to the Centennial State with her parents, excited to start her freshman year in college, when they were forced to visit an urgent care because Piper couldn’t take a deep breath.

So, Piper and her family are using all of their breath these days to keep vaping products out of kids’ hands. Ruby Johnson traveled to Washington, D.C., several times to meet with legislators, including U.S. Sen. Dick Durbin, D-Ill., and to testify at a congressional hearing on the dangers and to share her story.

“As parents we’re fighting this battle that almost feels like sometimes, how do you even fight it?” Johnson says. “…I think this is a problem that is bigger than just parents or just teenagers. It’s got to be everybody. It’s got to be our legislators, our educators, parents, our doctors. If we all work together and educate and regulate, we can start to reverse this problem.”

Illinois recorded the first death from vaping in August and its second in October. Since then, the numbers have climbed around the country. Illinois has since recorded more than 150 cases of vaping-related lung disease, the youngest of whom is 13. Nationwide, the number has exceeded 1,600, according to the Centers for Disease Control and Prevention.

Durbin has called on the U.S. Surgeon General to take immediate action on what he’s calling the youth e-cigarette epidemic by launching a national strategy to address “this public health crisis.”

The U.S. Food and Drug Administration in September announced it would ban all non-tobacco e-cigarette flavors and states, such as Michigan, are taking their own steps to ban the flavors that experts say make vaping particularly enticing to kids. Johnson is pushing for mint and menthol flavors to be added to the banned list.

Lured by the “cool factor” on social media, experts worry that kids don’t realize or care about the dangers of e-cigarette use, which can be even more addictive than tobacco cigarettes.

“There are at least 40 different chemicals ingested through vaping, and at least half of them are known to be harmful,” says Dr. Kevin Germino, pediatrician at DuPage Medical Group.

Johnson found a “little pouch” in Piper’s room when she was a sophomore.

“I’m like any parent, I don’t smoke, I’ve never vaped. You’re not even 100 percent what you are looking at,” she says.

And just like she is now hearing from so many parents reaching out to her who heard the same phrase, Piper claimed it wasn’t hers; ‘I’m holding it for a friend.’

“That time we believed her,” Johnson says.

By the end of her junior year, though, Johnson found another device and Piper fessed up. They grounded her, threw everything away and made her keep her bedroom door open. The Johnsons thought that would be the end.

But it had become a habit and Piper admitted she was using two to three pods a week (in some products, each pod is equivalent to a pack or a pack and a half of cigarettes.)

She told her mom she quit about a week before they left for college because it hurt too much to take a deep breath. But it was already too late.

She wound up in the hospital, as her parents watched liter after liter of oxygen pump into her lungs and waited for steroids to work their magic. All the while, Piper was missing out on what was supposed to be a fun start of her college life.

She told her mom that if God let her live, he must have big plans for her. “I have to make an example of myself,” Piper told her mom.

It was a scary wake-up call for the family, who are all on a crusade against vaping.

Johnson found out one of her other children tried vaping, but got sick and didn’t do it again. Still, he told her ‘everybody does it.’

“I always take it with a grain of salt when my kids tell me ‘everybody’s doing this’, but I feel that’s really close to the truth. It’s so rampant right now,” Johnson says.

She’s hearing more from teachers and other parents that vaping is happening as early as fifth grade. Her kids show her social media stories of classmates vaping in class as the teacher teaches.

For her part, Piper is settling into college life, though still finds herself fighting to breathe when she exerts herself.

Will her lungs ever fully recover?

If your teen or tween isn’t vaping, they know someone who is and they’ve been tempted.

It’s happening in school bathrooms, playgrounds and even right in the classroom when the teacher’s back is turned. And chances are, kids are hiding the evidence in plain sight.

“It blows my mind that we didn’t know it,” she says about her daughter’s vaping. “I think the fact the things are so sleek and so sneaky, once they get the kids hooked, they are easily able to hide it from the adults in their life.”

Johnson urges other parents to learn all they can about e-cigarettes and vaping.

Even the kids you would never suspect would vape, might be, she says.

“From my experience, I would say don’t be surprised if your kid is trying it. It is incredibly pervasive. There is something about it that doesn’t feel as bad as smoking cigarettes, almost like it is the video game version of smoking,” says Carrie, an Oak Park mom who was surprised when she found an unfamiliar “charger” in her son’s room.

“I was really surprised as he had previously seemed pretty against vaping and had even written a research paper outlining the dangers of it.”

Many kids believe that vaping is safer than smoking. Yet, e-cigarettes put nicotine into the bloodstream 2.7 times faster than a cigarette.

“People who maybe normally wouldn’t have tried smoking are now vaping. Essentially, vaping has created a whole population of people who are going to be addicted to nicotine,” says Dr. Kevin Germino, pediatrician at DuPage Medical Group.

Considering e-cigarettes are only a decade old, research on long-term effects is limited.

Plus, she says, using nicotine frequently at high levels, as seen in e-cigarettes, can be as addictive as cocaine and heroin. Germino says it can also make teens more prone to mood disorders and attention issues.

Wolownick-Albert also points out that when teens share vaping devices, they are also sharing germs that could cause bacterial or viral infections.

Parents should be able to recognize the various types of vaping devices and how the “juice” is packaged and sold, Wolownick-Albert says. Some even contain cannabis and THC.

“This is dangerous enough that we need to be snoopy parents,” Johnson says. “I wish I would have dug through more, but if you don’t know what you are looking for, you are not going to know when you find it.”

Germino says it is as important to talk with your kids about vaping just as you would about smoking cigarettes.

Now is the time to demand change, Johnson says.

“As parents, we have a voice to use, to say we are demanding better for our kids.”

This article originally published in November 2019 issue. Read the rest of the issue.