Becoming parents in 2018 without all the love stuff 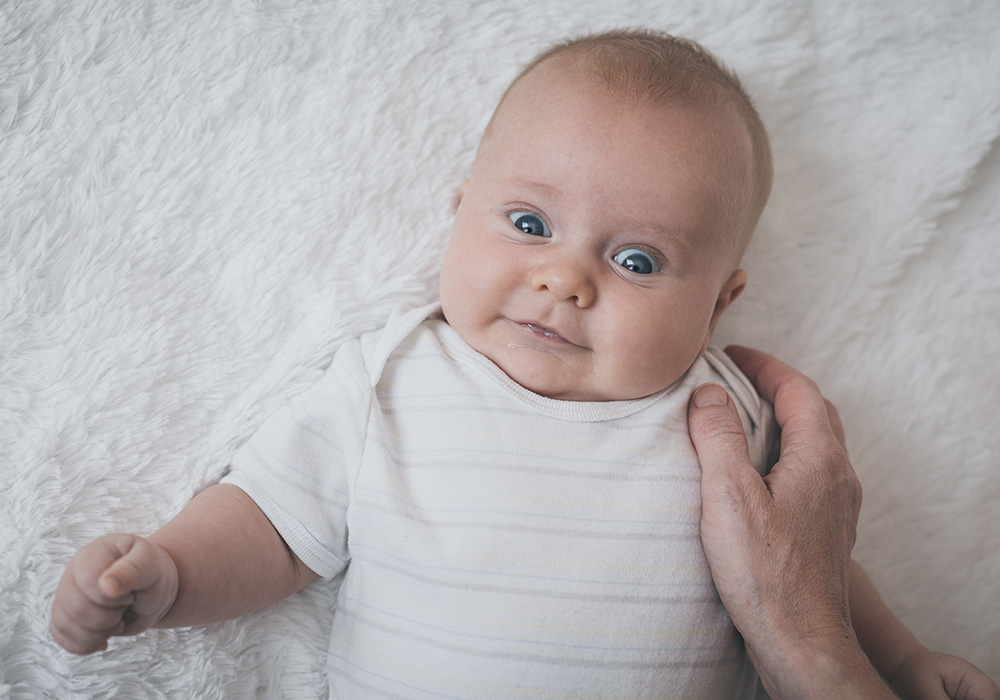 Remember when you and your BFF made a promise that if you were still single when you hit 30, that you’d marry each other and have lots of babies together?

Sorta like what was supposed to happen in “My Best Friend’s Wedding” if it hadn’t gone all wrong? Lauren Brim made it happen. For real. And it’s becoming a thing that anyone could do if they wanted to, without going to the ends of the earth like Julia Roberts had to do.

“I was 30, almost 31, and I realized that I had done everything in my power to meet a partner,” says Brim, who wrote about her alternative love story in the book, The New American Family.

“I paid $10,000 to a love and relationship coach. But by the time I got to 31, I was done trying.” She thought about being inseminated, but worried about having a baby without a father in the picture. She considered all options.

Until she remembered her friend, who had mentioned that he was looking into finding a gestational surrogate to carry a baby for him. It was like finding the missing piece of a puzzle.

“I approached him, and we decided to have a baby as friends,” Brim says.

They could have done the deed via insemination, but Brim, who had never so much as kissed her friend, thought it might be easier to do it the traditional way. So they jumped into bed when she knew she was ovulating and made a baby right away. Then they went back to being best buds.

It’s a trend that’s happening across the country. And if you don’t have a willing friend, it’s not a problem anymore, thanks to websites like modamily.com, coparents.com and familybydesign.com that are popping up, offering to find you someone who wants to have a non-romantic parenting relationship.

More than 15,000 people are on familybydesign.com, according to Darren Spedale, who founded the site in 2012.

He doesn’t know how many people have had children via familybydesign, however; he simply has anecdotal evidence and emails thanking him for creating a place to meet, make and share babies.

On modamily.com, CEO and founder Ivan Fatovic says more than 50 babies have been born through the site.

“A lot of people are getting married later in life, women are more independent and have careers—it’s different than it was decades ago, when they were expected to find a husband,” Fatovic says. “They don’t have to settle and marry someone who is less than their ideal, and they’re investigating all options: co-parenting, sperm donation and being a single mother.”

Fatovic says he decided to start the site when he noticed that his friends, all in their mid-30s, were trying to date via online sites and were frustrated with their relationships.

“Some of them were really feeling pressure to find someone to meet and have a family with,” Fatovic says. “Some were considering sperm donors or adoption, but they wanted a partner, though not necessarily a husband.”

Still, it’s a little more complicated than clicking on a photo OKCupid-style, getting inseminated and sharing a baby like you would share a dog. Brim says before she and her friend had their baby, they had many conversations about how to raise their baby, down to details like: What would happen if your night to have her fell on her birthday? Could I still come over and celebrate?

They also met with a lawyer and drew up a contract just in case they had any problems.

But still, there have been hiccups, Brim says.

There are so many little things that couples need to agree on that may not even cross your mind until you have a child, she says.

While Brim and her co-parent agreed on basic things like scheduling and healthcare and he looked to her to take the lead on food, he didn’t expect Brim to want to be with her baby as much as she did when their daughter was an infant.

“The man needs to know that until she is 3, she is so psychologically connected to the mother,” Brim says. “I’m still nursing her, and it’s really important that that relationship be respected.”

But if Brim wanted to be with their daughter all the time, that automatically meant that the baby’s father wasn’t with her—and he didn’t think it was fair that he missed out on this bonding time.

“It has some serious flaws,” Brim says. But she’s also noticed that many of her married friends with children have problems, too.

Still, co-parenting with a friend or a virtual stranger is tremendously difficult. You typically wouldn’t know all of their values and their stances—and many things will come up within the next 18 years that could wreak havoc on your new family, says Michele Borba, educational psychologist, parent expert and author of UnSelfie: Why Empathetic Kids Succeed in Our All-About-Me World.

“It looks easy on paper, but anyone who has ever been a parent knows it’s harder when you’re a parent,” Borba says.

And, what happens if one person decides to get married? she asked. A third party can get even more contentious. Or what if one parent moves?

Co-parenting can essentially emulate the actions of a divorced couple.

But for Brim, it’s been the best decision she’s made. For the most part, co-parenting is going so well that she approached the baby’s father about having another baby. He wasn’t interested, so she’s thinking about going online to find another co-parent.

He’s just a few clicks away.