Why one Chicago mom is off to the races 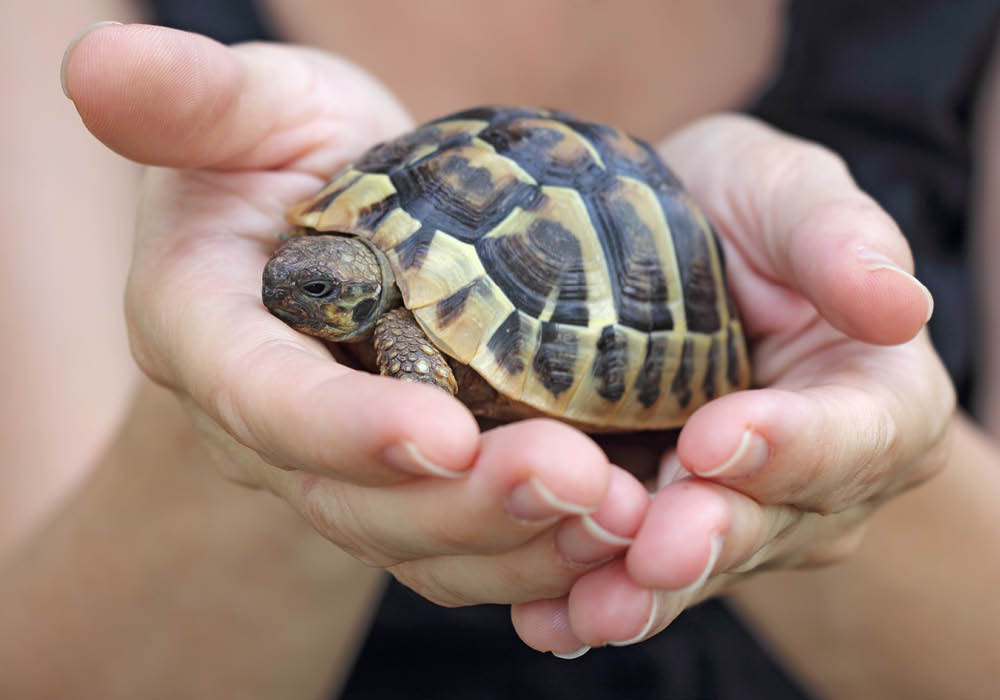 My father often tells the story of his childhood turtle, “Snappy.” Snappy was well on his way towards a good, long turtle life. He was fed hamburger meat daily by my Lithuanian grandfather. Meat, the Lithuanians will tell you, is the key to longevity. My father recently turned 80, so I’m going with it. Meat and Scotch = immortality.

And maybe the occasional pepperoni stick.

Anyway, my father was at school one day when his toddler brother decided to offer Snappy an enticing new menu option: milk. He filled the small tank to the brim.

My youngest son, Joey, recently turned 12. Every year for his birthday, he begs for a pet. We surrendered one time and got him hermit crabs, but they’re not the most engaging of animals – hiding in their shells every time you enter the room.

But this time? We purchased Tony the Turtle.

Fine. I told myself this wasn’t going to be forever. How long can turtles live?

That’s when my social media friends gleefully pointed out that Sylvester Stallone’s turtles from Rocky, Cuff and Link, are 44 freaking years old.

When I read that, I thought of filling Tony’s tank with milk and calling it a day.

Shaking off my instincts to commit turtlecide, I prepared mentally for having a pet for the next four decades, or at least until Joey moves out.

We all know Joey is never moving out.

Tony adores Joey, mostly because he’s the main food provider. But when Joey walks into a room?

My three sons are now obsessed with constructing a workout facility to get Tony into tip-top shape for next summer’s events. They’re discussing mazes and a possible turtle treadmill. Tony, for his part, has been a good sport.

People wonder why I am not a pet person. For a busy family of five with multiple athletic events, jobs and commitments, animals just never made sense. There’s no running home to let the dog out when you’re in South Bend facing game six of a tournament.

So now we’re GPSing how many miles away Longville, Minn., is.

To race our turtle.

And I’m trying hard not to eyeball that gallon of 2 percent.

This article originally published in December 2019 issue. Read the rest of the issue.