Summer Is the Best Time to Learn Spanish

Research shows that kids who learn a second language are more successful in academics and career. Discover Instituto Cervantes for summer Spanish immersion. 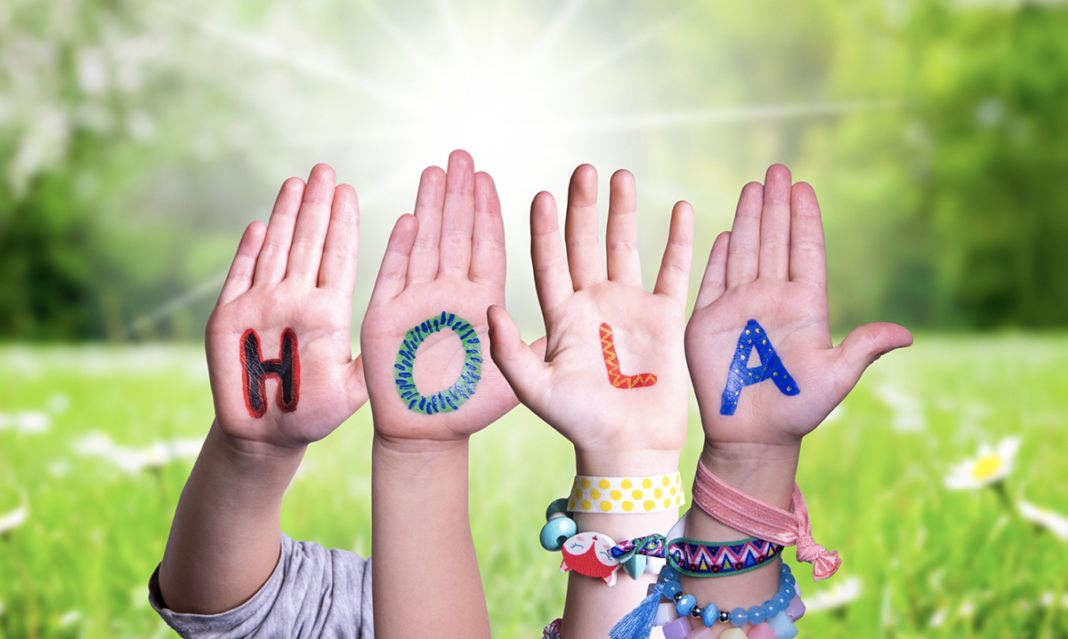 For a child’s educational growth and development, it’s hard to overstate the value of learning a foreign language. For the many ways that early language learning contributes to increased lifelong success, diving into a new language is a worthwhile activity for kids — particularly during the summer break.

“Learning the Spanish language isn’t just about learning grammar and vocabulary. It’s about opening the minds of students,” says Francisco Javier Rodriguez Campos, head of studies with Instituto Cervantes. “Children take to new languages very quickly. It’s rewarding to see how much they enjoy learning to speak in a new language.”

Where better to learn Spanish than from a Madrid-based world-renowned international organization dedicated to Spanish language and cultural education? “Instituto Cervantes is based all around the world, and in each location, we teach the same way in the same format because we know it’s successful,” Campos says.

While parents can select any language for their child to learn, Spanish is a top choice because it’s one of the most widely spoken languages in the world. According to research by Instituto Cervantes, Spanish is spoken by 580 million people across the globe — that’s 7.6% of the world’s population. It’s also the third most commonly used language on the internet.

Practically speaking, Spanish is a great language to know in the U.S., too. While French language speakers fare well in France and parts of Canada, Spanish is spoken throughout Latin America and in all 50 states, making it a highly useful language for everyday conversation — even on the playgrounds of Chicago schools. “Sometimes parents tell us their kids want to be able to understand children at school who speak Spanish to one another,” Campos says.

Some CervantesKids students do have Spanish in their heritage — a Spanish-speaking parent or grandparent, for instance — but it’s not necessary to know any Spanish to begin a CervantesKids summer immersion program.

Language experts say that learning a second language helps students better understand their first language, too. Because English and Spanish share common roots in Latin, Spanish speakers are better able to intuit the meaning of unfamiliar words in both languages, and their understanding of grammar strengthens, too.

Research shows that children who learn a second language have a higher rate of success in their education and their subsequent adult careers, according to Instituto Cervantes.

“Spanish is already the second international language for business and it’s used more frequently on the internet,” Campos explains. “Knowledge of the Spanish language provides students with a competitive edge for future college admission, too. A certificate in Spanish can also be very helpful for future employment prospects.”

Not everyone who speaks Spanish can successfully teach the language to children. That’s why it makes sense to seek out expert teachers. At Instituto Cervantes, all teachers are native Spanish speakers from Spain or Latin America with advanced degrees in Spanish. They are also experienced education professionals who specialize in teaching children.

The camps follow a proven methodology that integrates linguistic and cultural goals and encourages active participation. The instruction adapts to your child’s best learning styles through an approach that is inclusive of all skills. Because the instructors promote the use of Spanish in class and reinforce every child’s participation with positive reinforcement, students learn in an authentic way that ensures their skills are usable in real-life situations. Don’t be surprised if your child starts speaking Spanish from the very first day of camp.

Through CervantesKids summer camp programs, students are grouped according to age, rather than language ability, and they learn from their teacher and each other through fun group activities, games, crafts and exposure to the Spanish language and culture. Camp is two hours each weekday, totaling 10 hours of instruction per week, and parents have the option to add on two extra hours per day. Some students attend multiple weeks throughout the summer.

“This year is our 25th year in Chicago and we are looking forward to celebrating this important milestone with students and spread the love of learning the Spanish language and culture,” Campos says.

Learn more about CervantesKids Spanish immersion summer camp and register at chicago.cervantes.es/en. Use the code “cervantes” and receive a 25% discount on your camp registration.

Elizabeth Diffin -
Sign up your son or daughter for a unique class in Chicagoland.
Read more
Special Needs

Brought to you by Chicago History Museum
Read more