Why Summer Camp Is Great for Today’s Kids 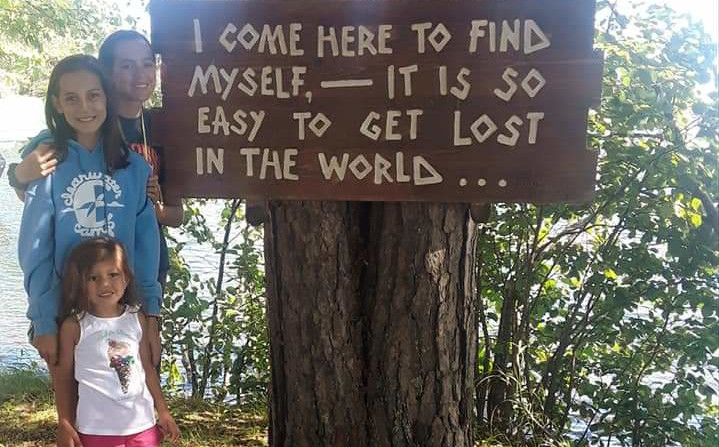 Today’s kids get a lot of labels stuck to them, sometimes unfairly. But what experts do know is there is a shift in the relationship-building skills contributing to those labels as friendships are shaped and filtered over screens rather than the face-to-face of their parents’ days.

That’s not something Naperville mom Betsy Castillo wants for her daughters, Paula, 13, and Sara, 11, particularly as her oldest hit the harder middle school years. So, when the time came, she did what her own parents did for her: She sent them to summer camp.

“I feel that going to camp is a very positive experience for the kids to gain independence, to create friends who know who they are, because they shared their genuine self. It’s not based on who you are at school or how your peers view you, but they know you for who you are on the inside,” Castillo says.

Friendship is one of the biggest benefits of summer camp, says Colette Marquardt, executive director of the American Camp Association, Illinois.

American Camp Association research has found 95 percent of campers reported making friends at camp, and Marquardt says they are often long-reaching friendships that stretch into adulthood. Marquardt and Castillo are real-life proof of that; they met as youngsters at summer camp and remain good friends today.

“The whole purpose of camp is about relationships and community building so the emphasis is about friendships, about learning to work with others, getting to know other people you never knew before that come from different backgrounds and locations,” she says. “There’s such a variety of people in this world and camp can provide a place for a really good mix of diversity that helps enhance a child’s life.”

With most camps still technology-free, Marquardt says, campers find themselves sitting together at a table, learning how to have a conversation and how to work together and through conflict with people who might be different than them. Those are skills that they can take to college and into the workforce, she says.

“They are often referred to soft skills, but they are really hard skills. Giving your child opportunity to develop those skills young in life, it’s going to make their entire lives easier and more impactful,” says Marquardt, adding that working on these skills is typically not as emphasized as kids focus more on standing out in their extracurricular activities and getting good grades the rest of the year.

“It’s such a cool experience and not enough young people get to go to camp,” Marquardt says. “If we all learn how to work with other people starting at a young age, to live and coexist, imagine how much kinder the world would be.”

What the studies say

Research is pointing to Gen Xers and Millennials being lonelier than the older generations, the reverse of what it used to be, says friendship expert Shasta Nelson, a sought-after speaker and author of Frientimacy: How to Deepen Friendships for Lifelong Health and Happiness. It would be easy to blame social media, but she says the research is still mixed.

What she is seeing, however, is that as we spend more time interacting with screens, we get less practice at the face-to-face social skills and empathy.

She says we are also living in a culture with more worry and anxiety, where kids are all being carpooled to different activities rather than all staying in the same school, same pool, same gym.

Nelson says one of the most fascinating research studies out of the University of Kansas she’s seen recently points to the time it takes to become friends, up to 100 hours, and more to become best friends.

That’s why Nelson, a former summer camper and camp counselor, calls summer camp “magical” for creating that time for kids.

Summer camps also tick off two other boxes required of making solid relationships: Positivity (think laughter around the campfire, skits, accomplishing the ropes course and all those memory-making positive accomplishments camp brings) and vunerability of being away from home and trying new things in a shared experience, she says.

“So it’s really a powerful accelerator for all three of the things that we need to bond with people,” she says. “The rest of our lives, we are trying to replicate that. We are very rarely ever in a moment like that.”

When Castillo started looking for a summer camp for her girls, she says she focused on finding a non-competitive camp. She wanted to see them expand their interests over the three weeks and return energized for school and their regular activities.

This year will be Paula’s fourth year at Clearwater Camp in Minocqua, Wis., where she says she likes that camp gave her a fresh start. Going into middle school, she says she had a nice friend group, but sometimes they made her feel unwanted.

“When I came back (from camp), I realized maybe it was best if I try to find a different friend group, because I realized at camp what it felt like to have a really good friend group and feel like you are a part of something,” she says.

Sara says it’s been nice to discover for herself what having a real friend looks like, not just having a friend on her phone. Plus, she likes that she can leave behind what kids at school might think of her and be who she thinks she is on the inside.

“When you take that technology piece away, I think they not only learn who they are, but they learn how to create relationships with other people and the authenticity of those friendships,” Castillo says.