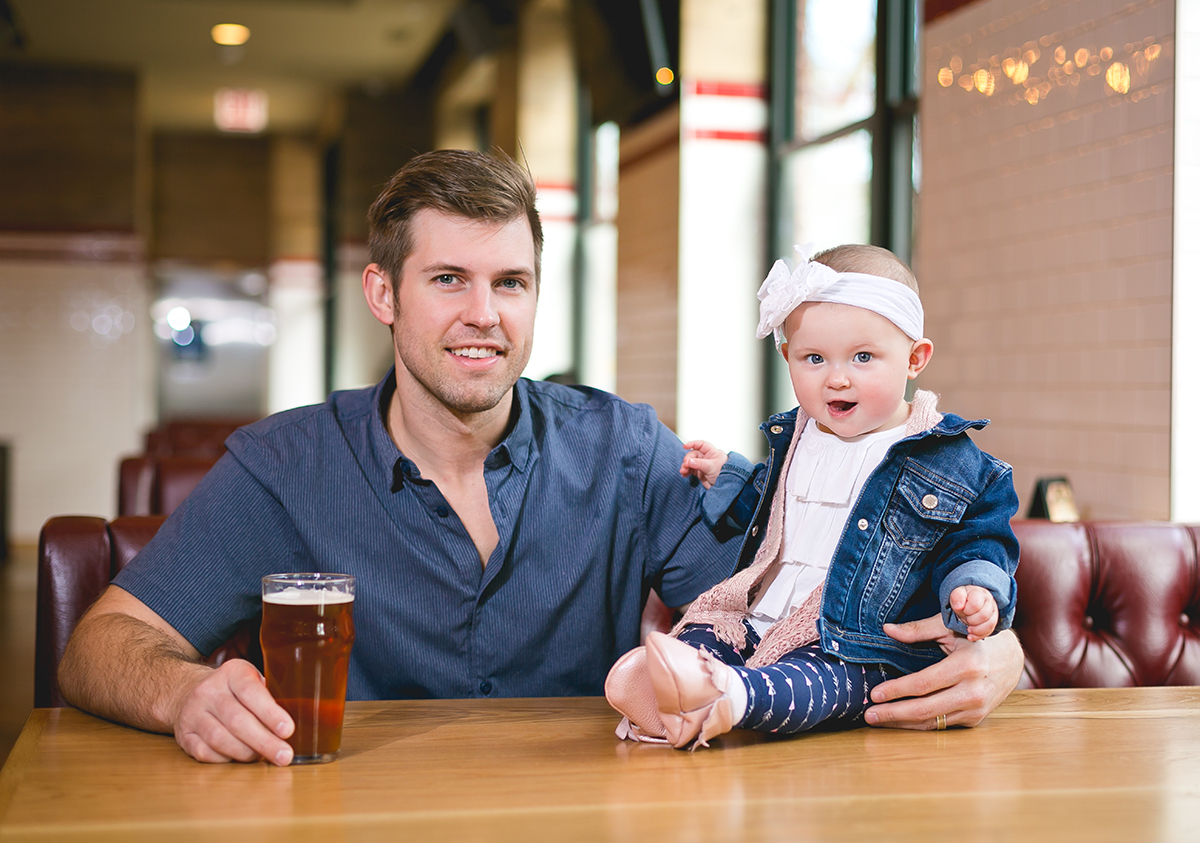 Chicago has quickly become a world beer city, and beer geek speak is a lingua franca for Chicago dads when they’re pushing strollers, milling around playgrounds or waiting in the pediatrician’s lobby with the other fathers.

You may have your little bundle of joy K’tan’d or Ergo’d to your chest, but that doesn’t mean there aren’t places you can go and enjoy some of our city’s gourmet brew (in moderation, of course).

With so many local breweries, you’d be missing out if you didn’t visit a taproom to drink the beer right at the source. Empirical Brewery’s newly opened space in Chicago’s Ravenswood neighborhood has transcendent beers, a comfy couch where the new parents often hang out, board games and frequent visits from food trucks cooking with Empirical’s offerings.

Empirical speaks geek and many of their beer names reference Star Wars—so you might be there for their experimental “Friday Firkin” of “It’s a Trappe” or “Speak, Friend, and Enter”—while Bowie dances in “Labyrinth” on the televisions and a Ms. Pac-Man machine beckons you from the corner.

Push the Bugaboo to Chicago’s North Center neighborhood and check out The Bad Apple, which has 25 beers on tap and 155 more in bottles.

Not only are the beers varied and many, but your baby will be jealous that you have teeth and they don’t as you enjoy some of Chicago’s greatest burgers near a back room that features games and likely plenty of other families in the early hours.

Your Chicago baby needs to start appreciating quality pizza early, and Root’s (in both family-oriented neighborhoods Lincoln Square and West Town) delivers craft pizza and craft beer—more than 100 Midwestern beers, as a matter of fact.

Roots loves beer so much, they’ve even got a malt crust available, and for the kids and the designated drivers, a Root’s Root Beer. It’s spacious, friendly, has plenty of flat screens and a pretty steady stream of families, so you won’t have to hide in shame if your little bundle of joy speaks up from time to time.

Having a little one doesn’t mean you’re excluded from artisanal beer culture in the city. Far from it, it just means you’ll have to be diligent to keep little hands from splashing the head out of your tulip glass.