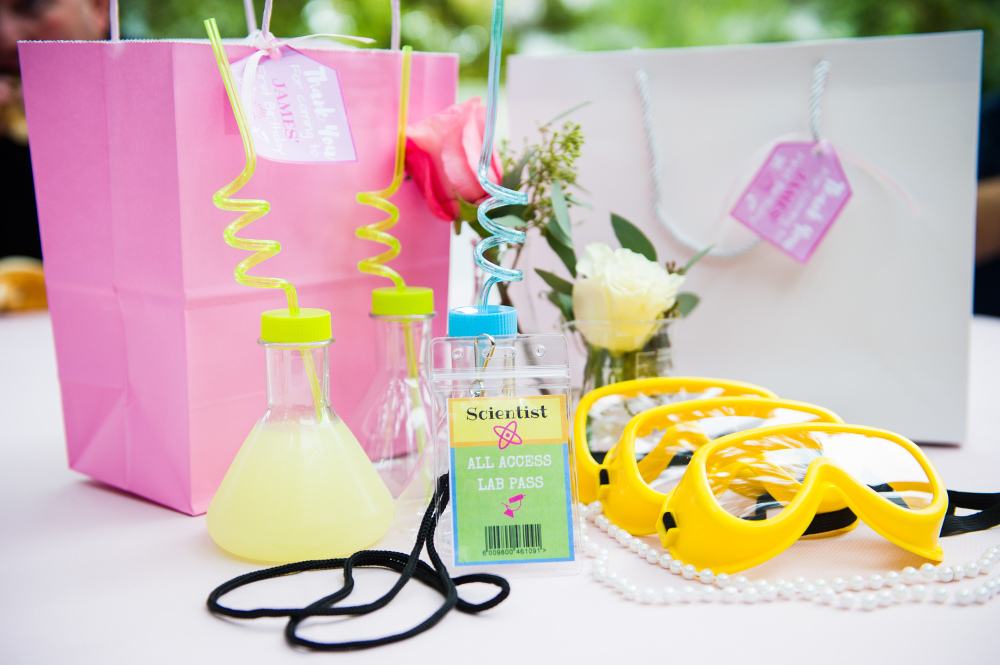 Goodie bags, the fun finale to a kids’ birthday party, are good by definition, but some are better than others. A great goodie bag can guarantee you end a birthday party on a high note and guests leave with full hearts.

Here are some tips for assembling ones that will delight both parents and young party goers.

Focus on quality over quantity

If you just finished Kondoing your whole house, or even if you didn’t, “poorly made tchotchkes that a parent will throw away in a week do not spark joy,” says Kerry Hessenberger-Hanson, mom of two from Oak Park.

Mary Muszynski, mom of four in Naperville, emphatically agrees and says parents shouldn’t waste money on bouncy balls and tiny toys that kids will play with for five minutes and then ignore.

Instead, opt for a fewer items that are of higher quality and staying power. You can do that without spending a fortune. Hessenberger-Hanson says that paperback books can be inexpensive for the giver and valuable to the recipient.

Find one that matches the party theme. If you want to involve the birthday child, have them create bookmarks for each guest.

Muszynski got rave reviews for giving water bottles attached to carabineers at her daughter’s climbing party. Kids are still using them and remembering the fun day months later.

Although they are called “goodie bags,” nowhere is it written that you have to use an actual bag. In fact, Lindsey Mensch, owner of Lili Marie Parties, says she avoids putting gifts and favors “in a paper party bag that is going to get thrown away.”

Instead, “when possible we like to have the packaging be part of the gift,” she says.

For example, at a circus-themed party, she put items in a plastic popcorn container.

That would also work at a movie-themed event. Other examples include using a sand pail for a beach bash or luau and a small flower pot for a garden party.

Give items that do double duty

“We create a lot of goodie bags and the ones that are really popular are goodies that kids get to use during the party and take home with them,” says Mensch.

The inflatable guitars, bandanas, light up sunglasses and other rock star gear that kids got to wear and use during a rock star birthday party also went into the “swag bag” each child took home. (Unconfirmed reports of parents playing with the inflatable guitars after bedtime indicate they were a hit with all ages.)

At a science-themed party she threw, kids were excited about water bottles shaped like beakers that they used as cups at the bash and then got to take home.

When she threw a superhero-themed party for her triplets, each attendee went home with their own personalized cape. Not crafty? Fear not. Eden found the capes on Etsy.

Another option, depending on the item, is having the kids do the personalization themselves as a party activity.

A few moms mentioned that soap was a goodie bag items that earns rave reviews. Julia Passamani, a Chicago mom of two, says that a favorite goodie bag item her children recently received were clear glycerin soaps with toy dinosaurs or butterflies inside from Ravens Goods. Fun hand hygiene really is the gift that keeps on giving.

Edible items like cookies decorated to match the party theme or popcorn can be a fun way to keep tummies and hearts full while not adding to the pile of items to be put away. One consideration if going this route is to be aware of allergies.

Muzynski says that a goodie bag one of her kids recently received included a card from the birthday boy that said thank you for coming and for being a good friend. It was a nice reminder that the sentiment behind goodie bags and favors is what matters most.

“I like goodie bags to say thank you,” explains Mensch, who says a simple tag saying thank you attached to a bag can convey the important sentiment. After all, she says, “The best part about any party is the people attending so it’s nice to let them know how much you appreciate them taking time to celebrate this special day.”

The March Fourth movement is now a non-profit organization with the mission to federally ban assault weapons.
Read more
At Home

Try one — or all — of these easy breakfast ideas for kids when the school year begins.
Read more
At-Home Learning