Parenting dilemma: Should I let my tween daughter wear a thong? 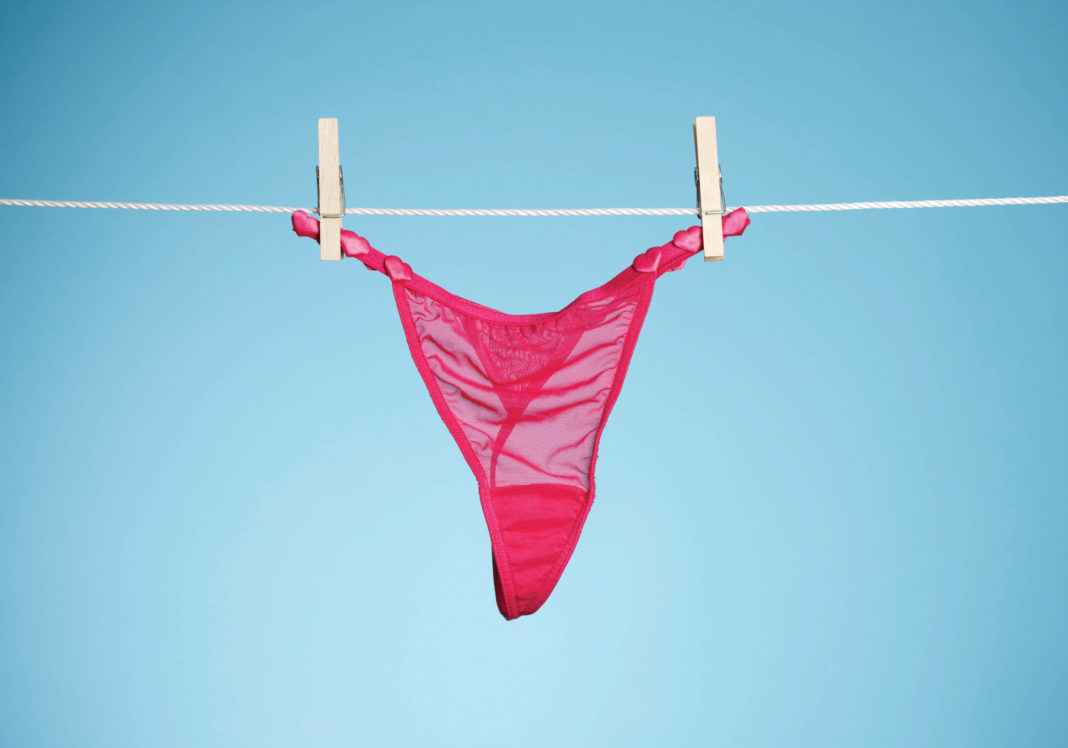 Parenting dilemma: My newly tween daughter is begging for thongs instead of cotton panties because she says all the girls in school wear them. I’m horrified at the thought! I know my mom would say no and that would be end of discussion. Should I at least consider it? Would you?

“Absolutely not. You have to step up and learn how to use the word NO. A kid should always be a kid and that’s it. Thongs are not for children.” — Bana W.

“Because everyone else has them is a lame reason. But if she’s the only girl walking around with granny panty lines, I would feel bad for her.” — Dana H.

“Thongs are just underwear. I don’t see the big deal. Wearing thongs isn’t going to make her a bad girl and just because she wears them doesn’t mean she’s going to sleep around or anything like that. Trust in your parenting skills and trust that you’ve raised her to be strong and able to make good decisions.” — Mandy M.

“This isn’t about you. They are underwear. Buy them and pick a real battle.” — Kathryn J.

“I would not let my daughter ever wear those, but I would also respect her enough to explain exactly why I don’t approve. It might not temper that rebellious flare that you will no doubt encounter, but at least she will know that you care about her and hopefully use this to consciously think about future decisions. Especially if she’s feeling peer pressure, all the young girls nowadays are feeling that need to dress like Kylie Jenner and look older than they need to.” — Jennifer L.

“At least she wants to wear underwear. If you sexualize the idea of thongs, I think that’s your own issues. None of us like panty lines … and if you let her get thongs for that reason, then why not? I highly doubt that she’s going to show up to her friends and/or boys and let the fact that she has a thong on change anything.” — Nina V.

“It depends on your values, not anyone else’s. If you’re comfortable with her wearing thongs, then let her. If not, then don’t. She’s not going to die if she doesn’t have dental floss up her a$$.” — Rebecca T.

“For someone that is ol’ school, the answer would definitely be no!!! She will continue to wear those eight-pack Hanes specials until she can buy her own things and be on her own.” —Candice C.

“Skinny jeans are the current vogue. I don’t think that there is anything wrong with that look. However, if you are going to wear skinny jeans you will have panty lines unless you are wearing a thong. The panty lines will get the girl more trouble than the thong, in my opinion. But it’s time to have a discussion. If she wants to wear skinny jeans to please herself, then that’s positive. If she trying to attract boys that’s a trap.” — Amy C.

“I was curious about thongs at 13. I stole one from my mom and when she found out I did she didn’t scold me. She took me to the store and bought me girly thongs. Sometimes when you don’t let kids do something you make it more desirable and they’re going to do it anyways. Why not know about it instead of denying her and her doing things behind your back?” — Estefani L.